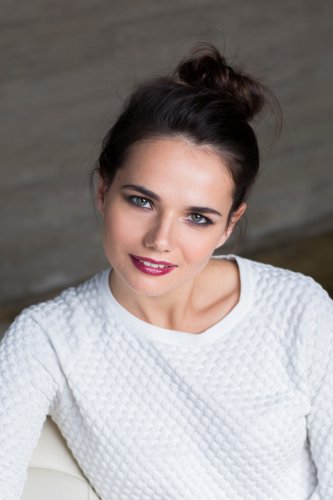 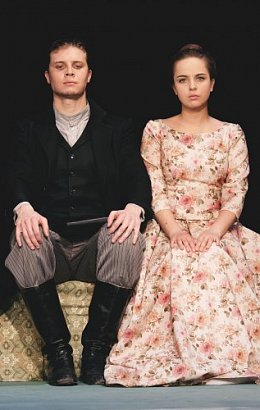 Tatiana Kosmacheva was born on March 13 in Reutov, Moscow region.

She played at Student Theater of Miniatures and at Studio Theater ‘The Voice’ affiliated with Bauman MSTU.

In 2009 she graduated from the Moscow Art Theatre School (K. Raikin's course). In the same year she started working at Mayakovsky Theatre as a guest actress.

‘The Madmen of Valencia’ by Lope de Vega - Phaedra

‘It is not All Shrovetide for the Cat’ by Ostrovsky - Agnia

‘Frontier’ by A. Pudin - Klavdia

Tatiana participated in musical and choreographic composition ‘The Rooms’ directed by Oleg Glushkov.

She started playing in cinema as a student of Moscow Art Theatre School in 2005 when she played small roles in films ‘Commercial Break’ and ‘Formula Zero’. Later she played detective Yulia Merkulina in ‘Law & Order: Division of operative investigations-2’, Rita Zaitseva in melodrama ‘Provincial’, Yulia in a psychological thriller ‘Phobos. Club of fear‘ and others. Her first major screen role was Victoria Kuznetsova in a TV series ‘Private School’ which was held on STS channel, due to it Tatiana earned enormous popularity with young audience. In 2011, she played one of the lead roles (Lyubov Strizhak) in a detective melodrama ‘International airline pilot.’