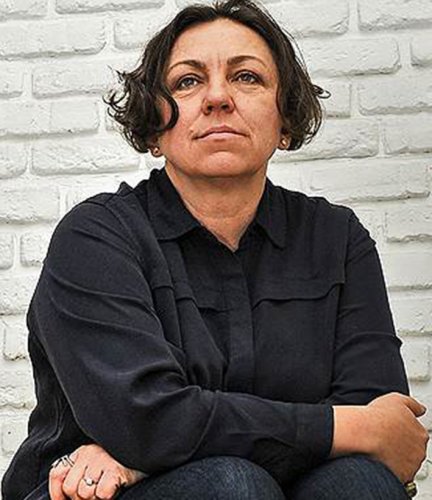 Ekaterina Granitova was born on February 23, 1966 in Moscow. Her first profession is architect, in 1997 she graduated from the Directing Department of the Russian Academy of Theatre Arts GITIS (Professor L. Kheifetz`s course).

Since 1995 Ekaterina has been doing lecturing at GITIS (O. Kudryashov's workshop). She put plays on the stages of the Conservatory of Chambery and Vivant Theater, Rennes (France). She worked at the course of GITIS in Surgut and staged performances in the Surgut Drama Theatre. In 1999-2002 she carried out productions at Moscow State Estrada Theatre. In 2007 she worked at the Russian Theatre, Tallinn, Estonia. In 2005-2008 she staged two performances at Mayakovsky Theatre. She shot three serial films for television Channel One. She was the first one to put on stage L. Ulitskaya`s prose (‘Girls’, Moscow State Estrada Theatre), and in 2009 released the first in Russian production based on Aleksey Ivanov`s novel ‘The Geographer Drank His Globe Away’. Ekaterina is the author of the stage version of the novel; the performance is called ‘A mammoth story’.

Theatrical productions at other theaters:

‘Chekhov and Music’, experience for the actors, the Conservatory Chambery, France (2001), ‘Balda’ by Pushkin, A.Kulygin`s opera, the chorus ‘Transformation’ affiliated with the Union of Composers of Russia (2001), ‘The Cross and the Resurrection’ by A.Kulygin, chorus of Gnessin State Music College (2001), ‘Girls’ by L.Ulitskaya, the Moscow Estrada Theatre (2002), ‘It is not All Shrovetide for the Cat’ by Ostrovsky, Gornomariysky Playhouse (2002); ‘The Field of Mars’, a musical performance, a folk theater ‘Branch’, Moscow (2003); ‘Starlight Express’ by E. Lloyd Webber, GITIS (2004); ‘Carmina Burana’ by C. Orff , GITIS (20040; ‘I-Love-yu-tu’ based on M. Frayn`s play ‘The Chinese’, private theatre company (2006), ‘Bluebeard. Hope of Women’ D. Loher, (teacher of the performance, setting by O. Kudryashov) GITIS (2006); ‘Chuk-opera’ opera based on Chukovsky`s works, composers M. Slavkin, I. Kadomtsev, the chorus ‘Transformation’ affiliated with the Union of Composers of Russia (2006); ‘Amourettes in the snow’ by Y. Kim , G.Auerbakh, a musical based on D.Fonvizin`s play ‘Brigadier’ (Russian Theatre of Tallinn, Estonia) (2007), ‘A Mammoth Story’ by E. Granitova-Lavrovskaya based Aleksander Ivanov`s novel ‘The Geographer Drank His Globe Away’ GITIS ( 2009); ‘Hope, faith and love. War Music‘, Et Cetera (2010); 'Vanya and the Crocodile' by K.Chukovsky, music by G. Auerbakh, Et Cetera (2011).

At Mayakovsky Theatre Ekaterina staged the performance 'Six beloved’, ‘Amourettes in the snow’ and ‘Uncle's Dream.’ 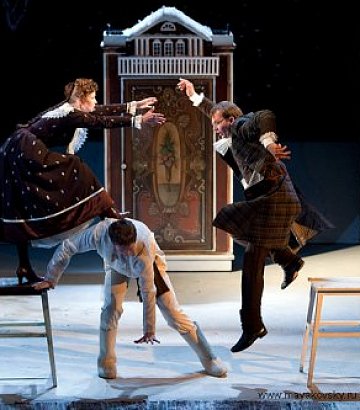