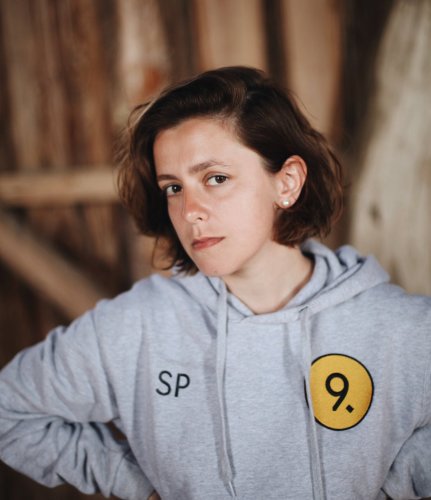 Polina Struzhkova was born on December 10, 1985 in Moscow.

In 2002, she graduated from the Moscow International Film School. During the training she took part in the projects ‘Holocaust’ (Russia-Poland-Belarus) and ‘Freedom’ (Russia-USA), in films ‘Ash pounding in the heart’ and ‘Roll Call’, in expeditions to the colonies for minors, productions of ‘The Seagull named Jonathan Livingston‘,’ The Nutcracker ‘(Russian-Italian project),’ The Servant of Two Masters ‘(project’ You Are Not Alone ‘), etc.

In 2007 she graduated from the Directing Department of GITIS (O. Kudryashov's workshop. Her graduation performance was ’King Thrushbeard’, based on Brothers Grimm's tale (Russian Theatre, Tallinn, Estonia).

2008 - ‘Night Dances’ based on tales from the collection of A. Afanasyev, Young Spectator`s Theatre, Nizhny Novgorod;

2011 - The ‘Tales of the peoples of the world,’ theater ‘Northern Stage,’ Novy Urengoy;

2012 - ‘A wonderful show, or something to be ...’ based on the screenplay ‘Cinderella’ by E. Schwartz, Chekhov Center, Yuzhno-Sakhalinsk;

At Mayakovsky Theater Polina is working on a musical performance ‘Mother Cat’ based on L. Sepulveda's novel.