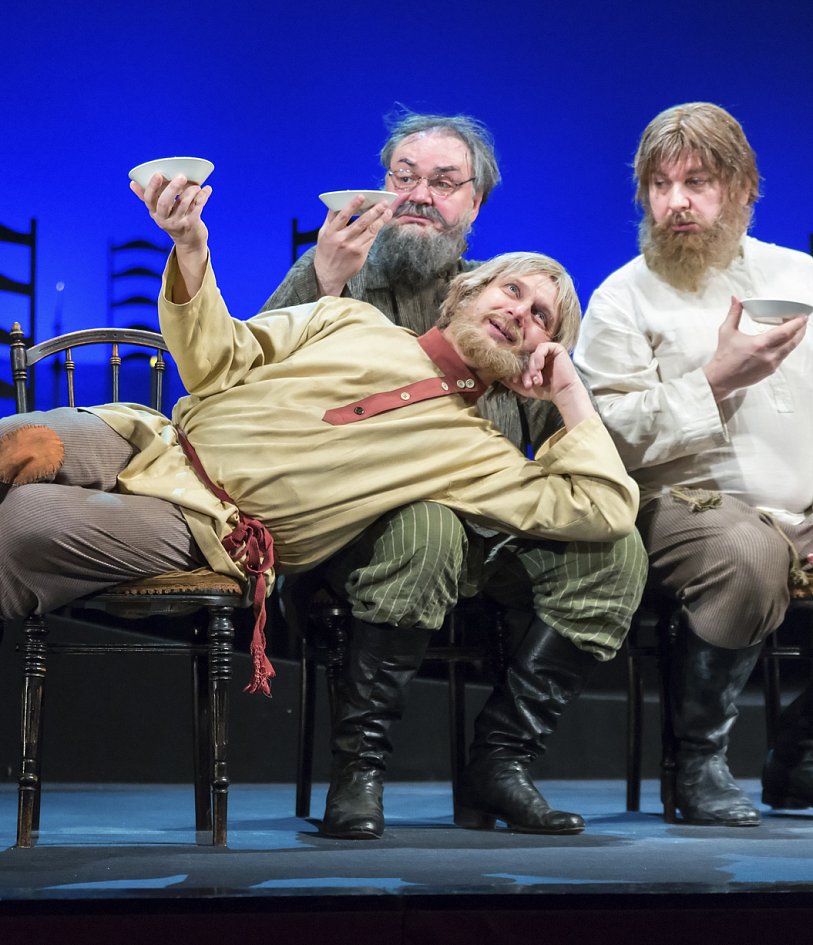 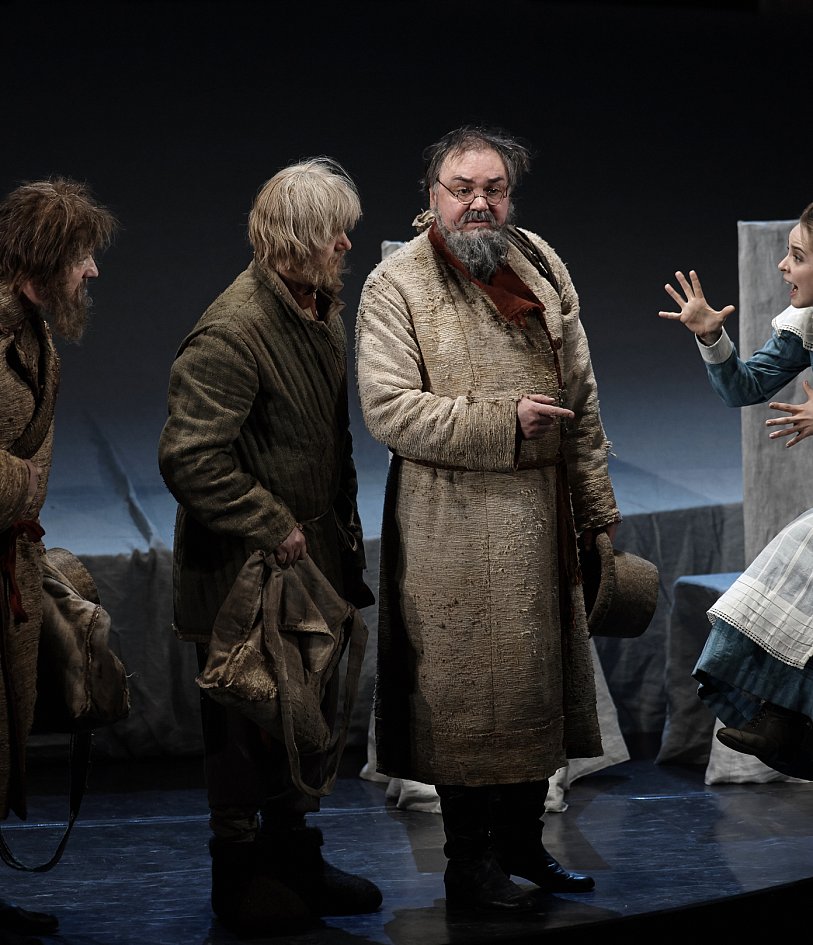 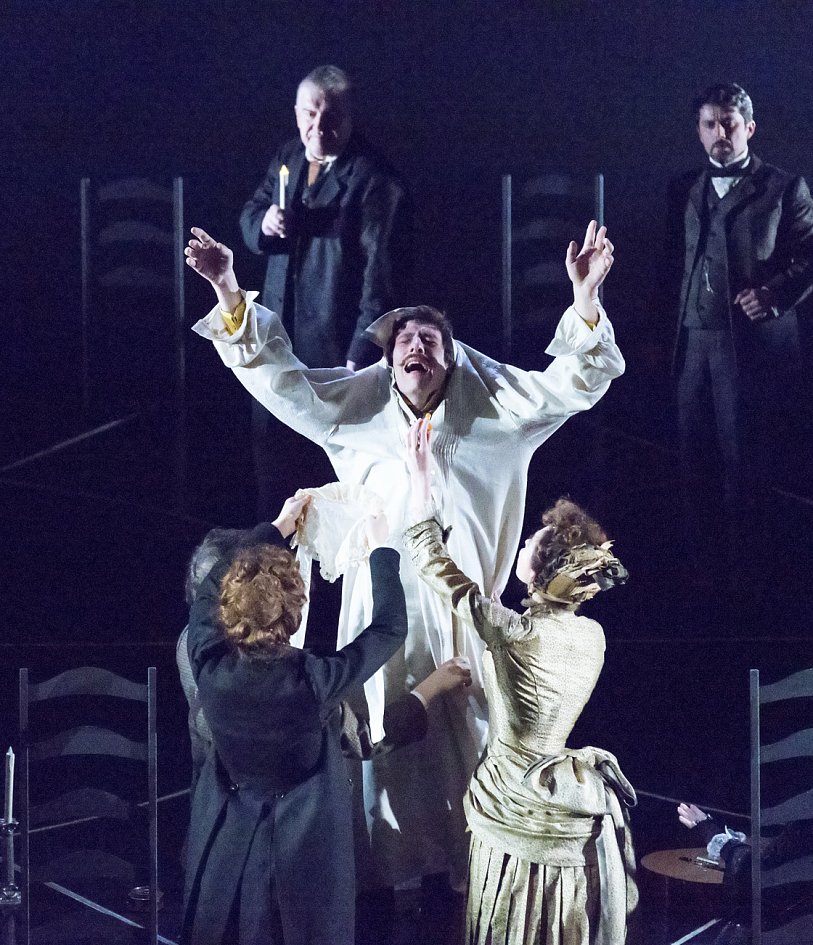 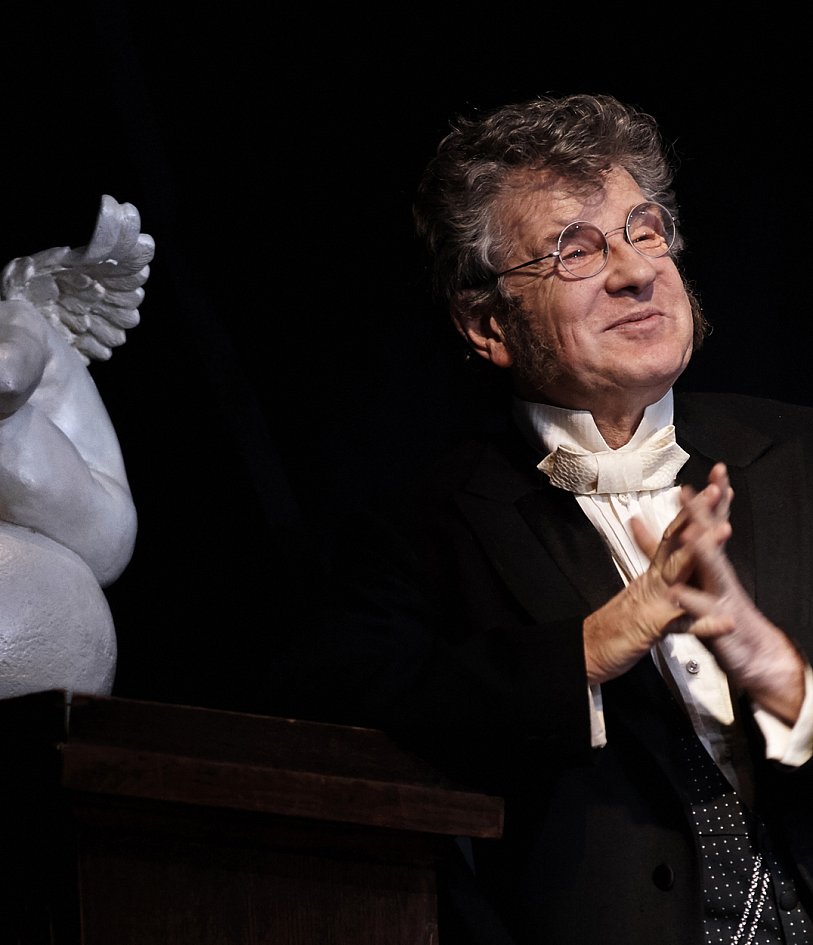 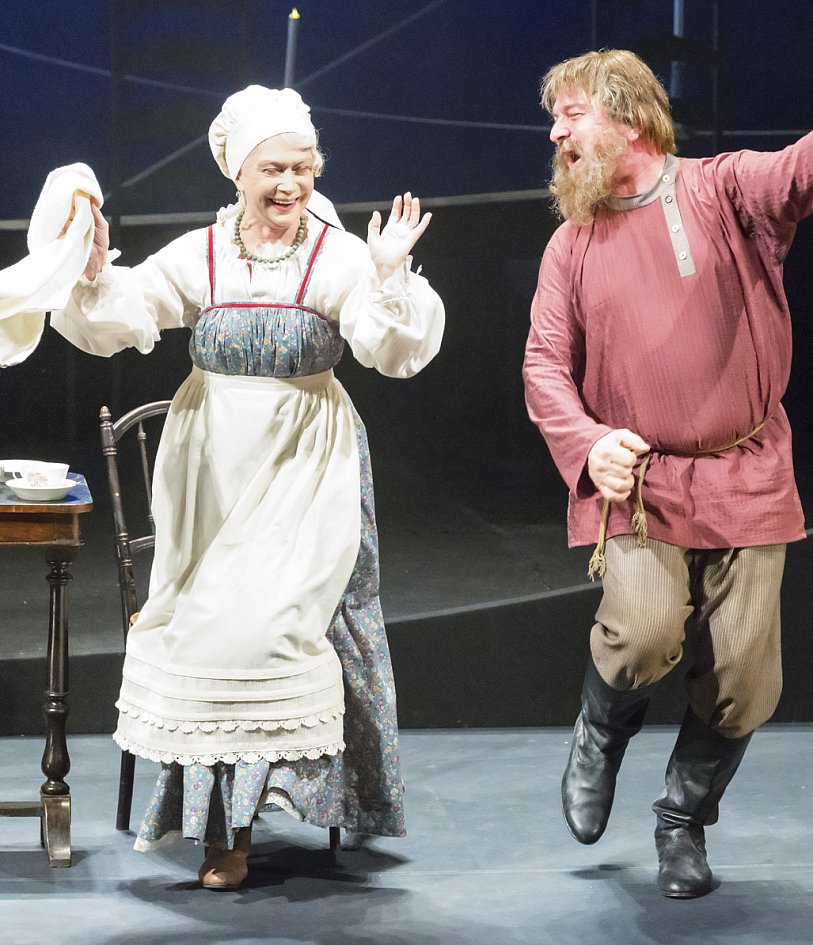 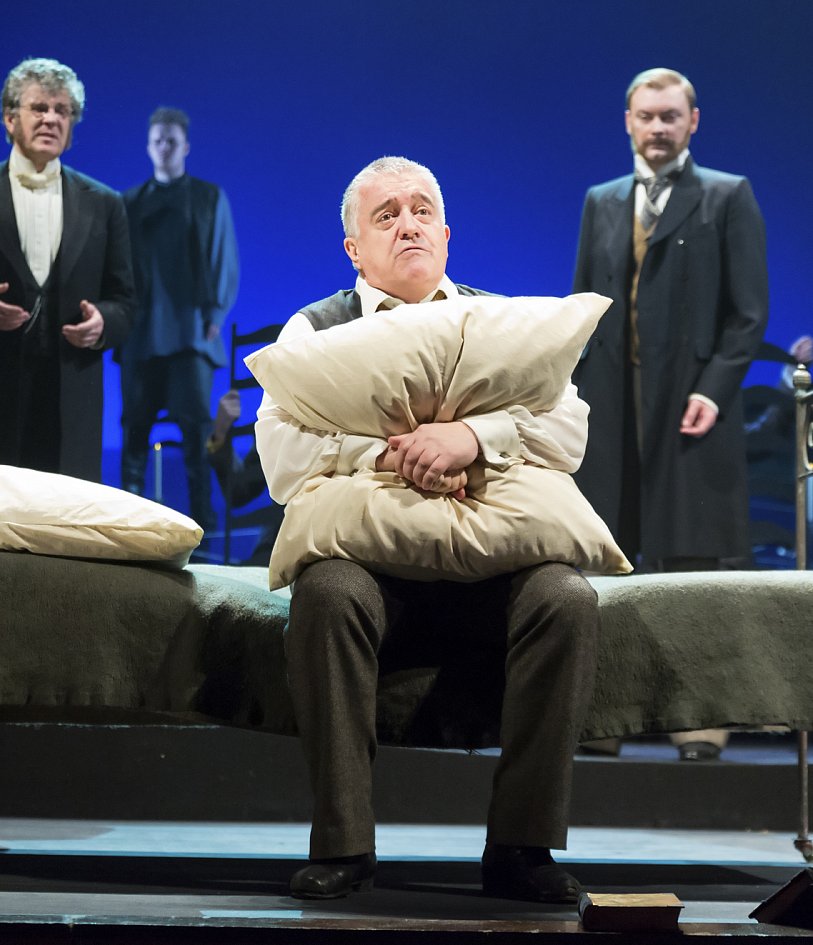 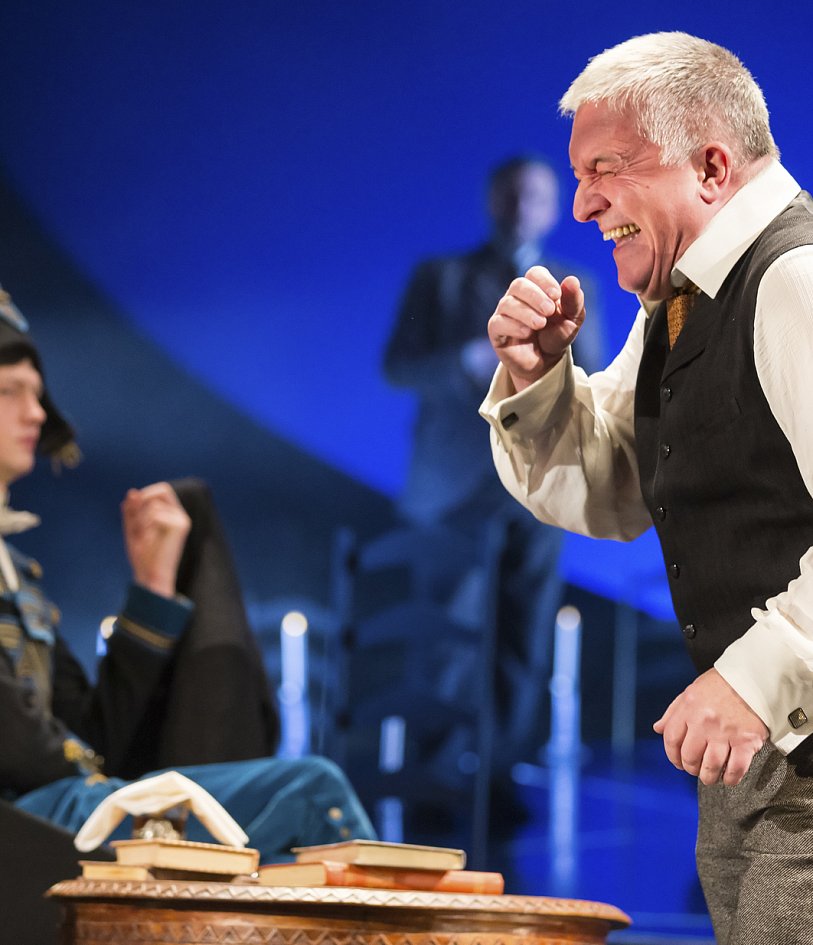 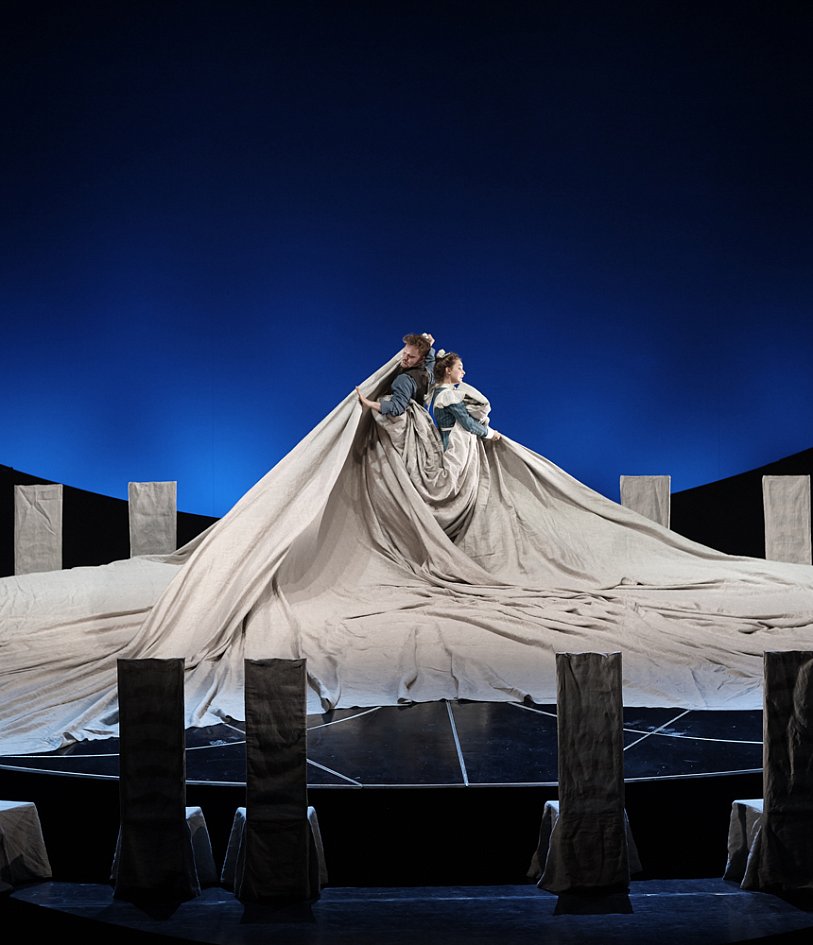 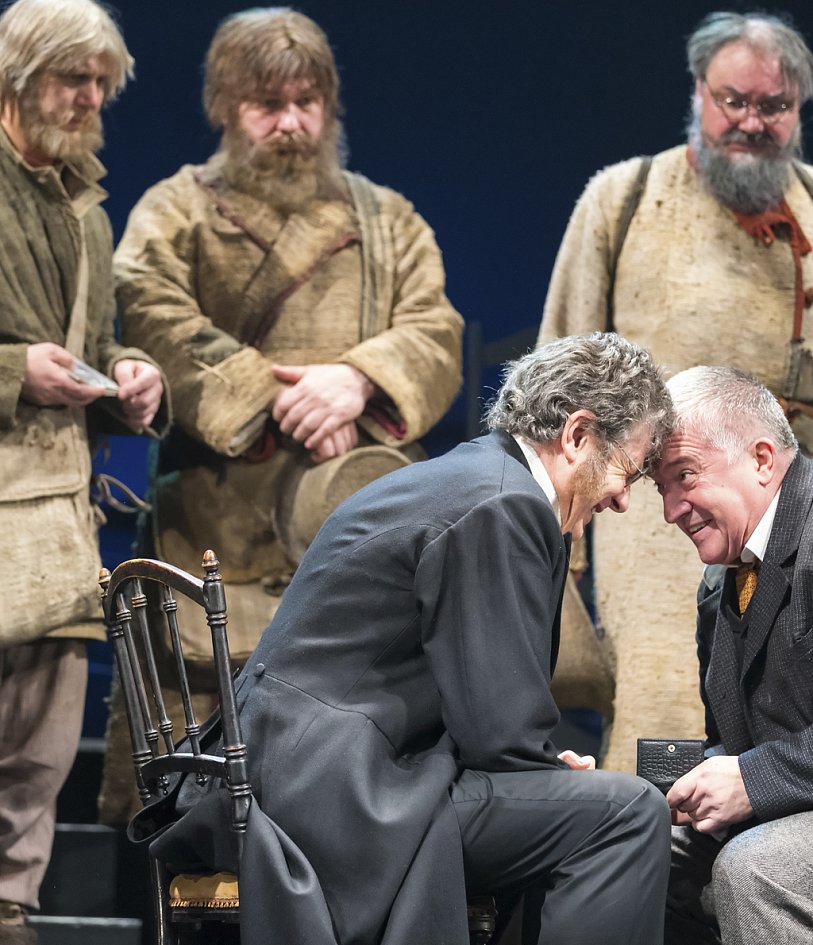 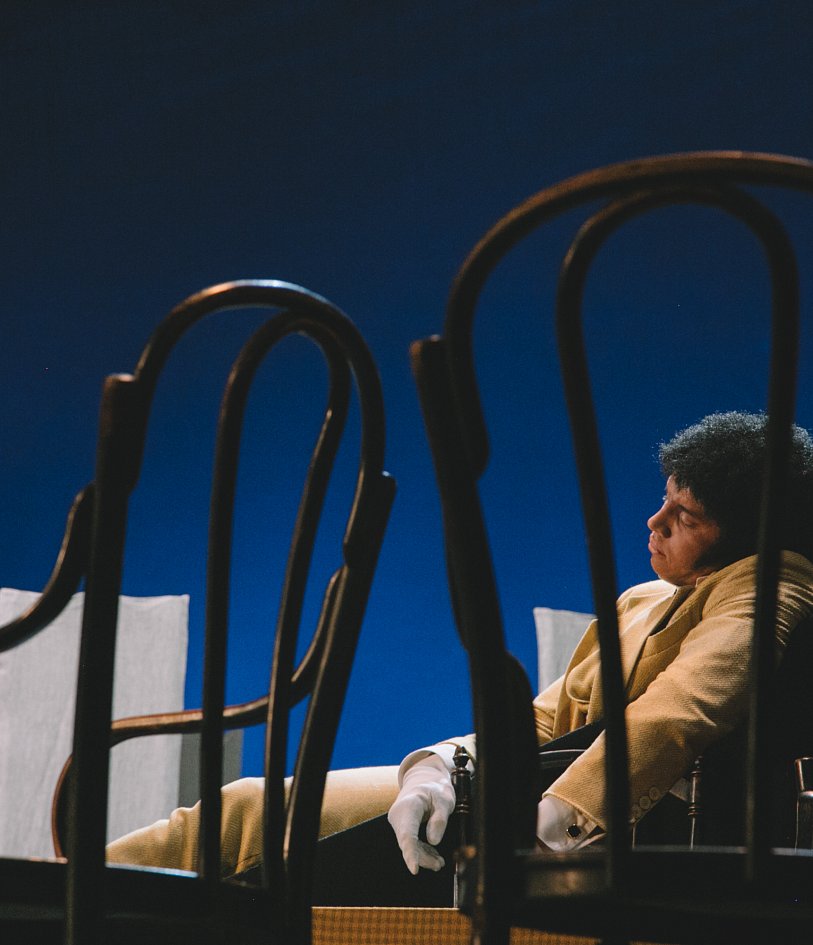 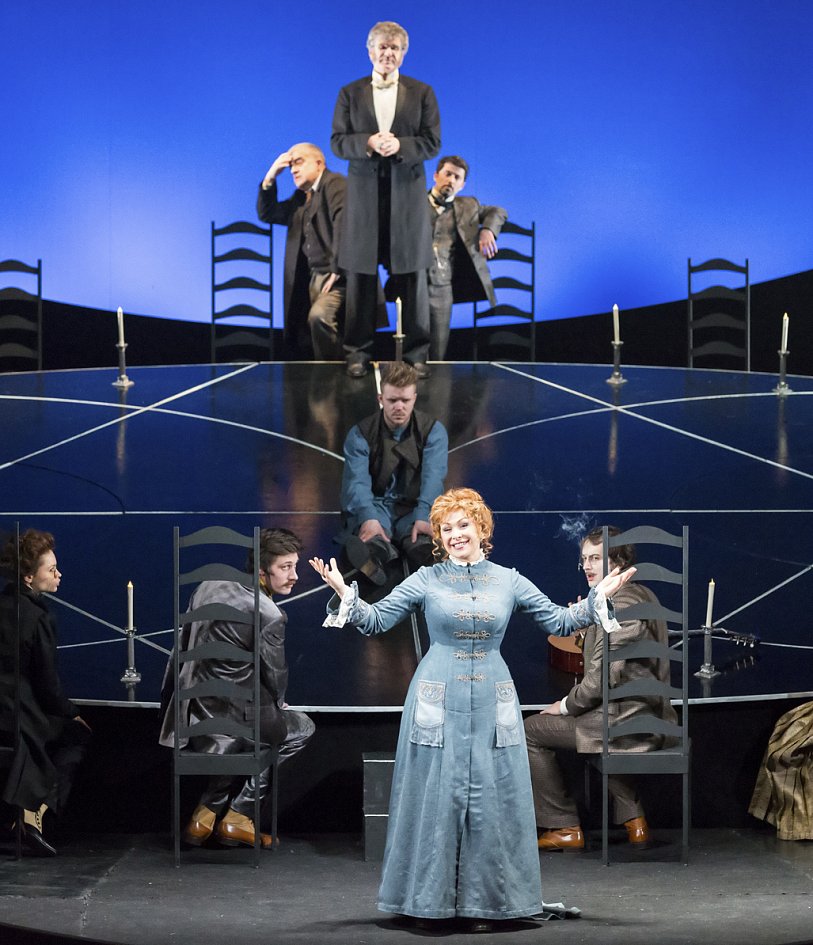 The premiere is dedicated to Peter Fomenko.

The play “The Fruits of Culture” under P.Fomenko`s production have been successful for many years in the repertoire of The Mayakovsky Theatre. Our premiere isn`t a straight reconstruction, but under the production of the artistic director Mindaugas Karbauskis, who is a P.Fomenko`s student, there probably will be some "quotes".

There lots of vanity at early morning in one wealthy Moscow`s house: scurrying servants, constantly ringing the doorbell, visitors: porter after Bourdieu with a dress for a young lady (who is interested in everything in the world), Mr. Sakhatov - unlucky steward and the elegant doctor. Owners of the house appear to the breakfast just like only to talk about mediums, spiritualism and séances. This chain of visits continues with uninvited guests - the peasants from the Kursk`s village – they want to purchase some land. It is an ironic, but only the maid can solve this problem.

The first remark of Tolstoy - "young and handsome waiter is looking at the mirror and preens" is taken as a basis by an artist Sergey Barkhin and the director Mindaugas Karbauskis. The concept of "mirror stage" is embodied in the scenery. This mirror will become a passport of the play: one time an awkward barman rehearsing a fatal glance, another - Mr. Sakhatov carefully combing his bald head, or valet Gregoriy is showing off and recalling his amorous conquests, sometimes the hostess comes by and straightens her hair, and the maid Tanya  polishes hardly with a shine cloth.

All generation of the troupe is involved in the production of "The Fruits of Culture". Many artists have played with Peter Fomenko, but now they changed their roles: once Igor Kostolevsky acted Basil Zvezdintsev, but now he plays his father - Leonid Fedorovich. As it was directed by Peter Fomenko, Mikhail Filippov will act the role of professor and Galina Anisimova will act the role of the fat lady. Many young actors act with the masters of the theatrical scene in this play of Mindaugas Karbauskis: a maid Tanya, who is "the driving force of the entire action" - Natalya Palagushkina; Vasiliy Zvezdintsev is performed by Vladimir Guskov.