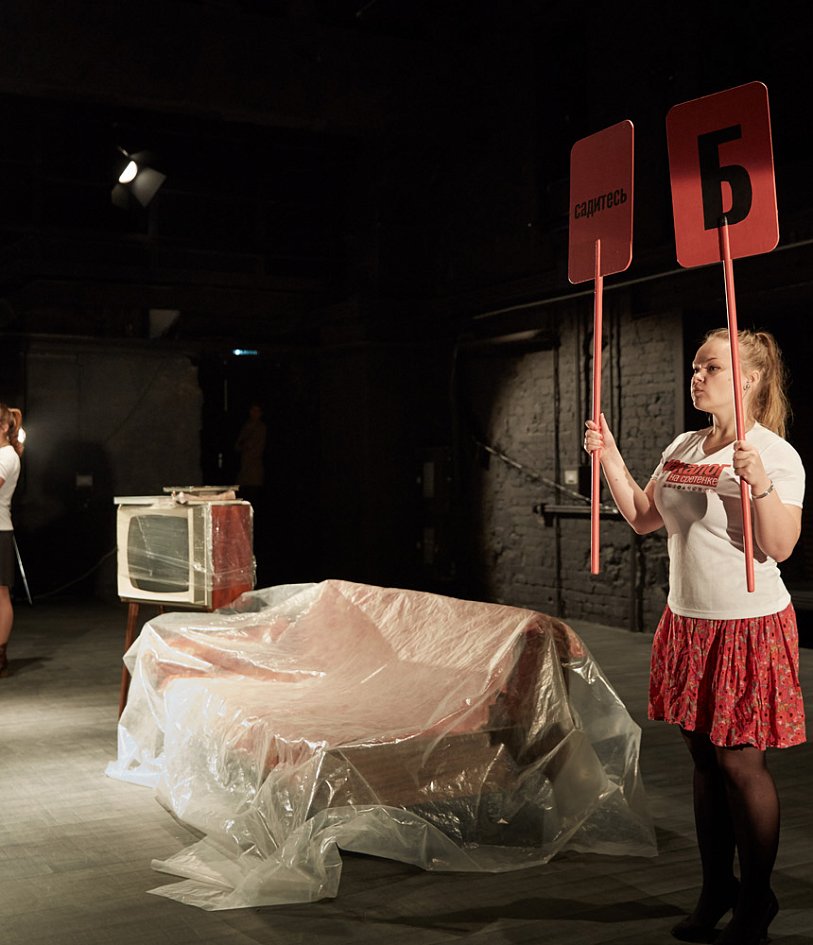 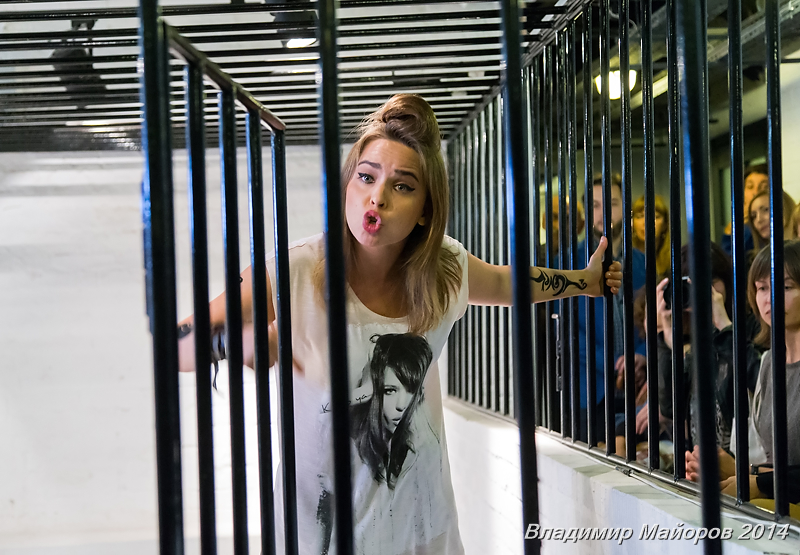 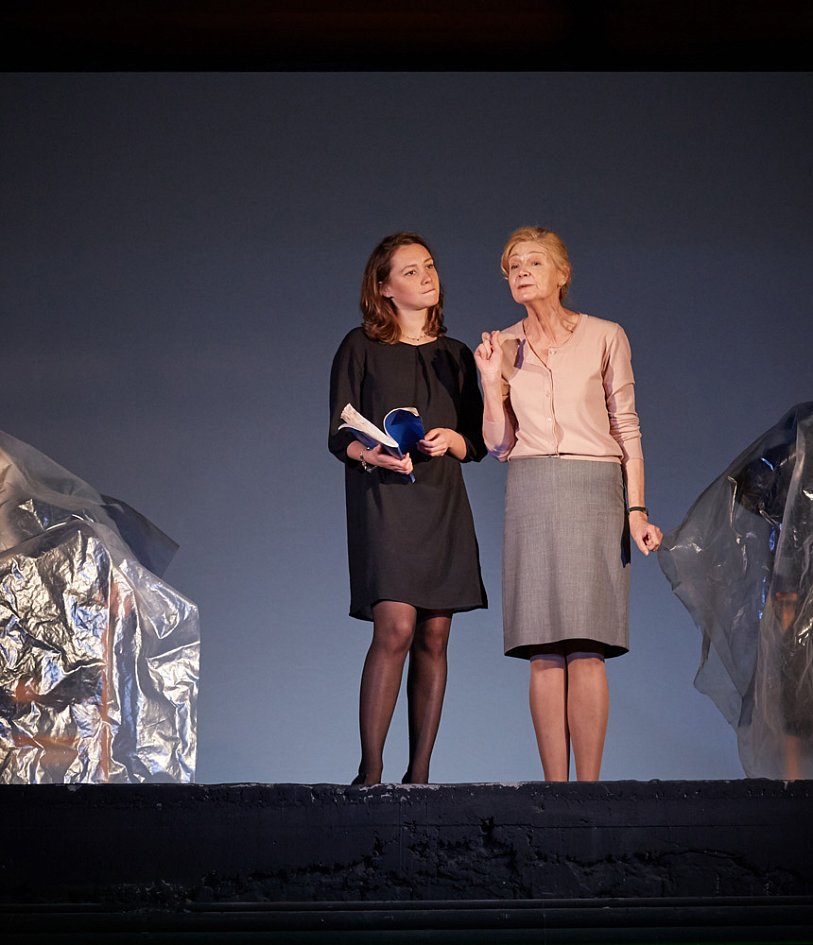 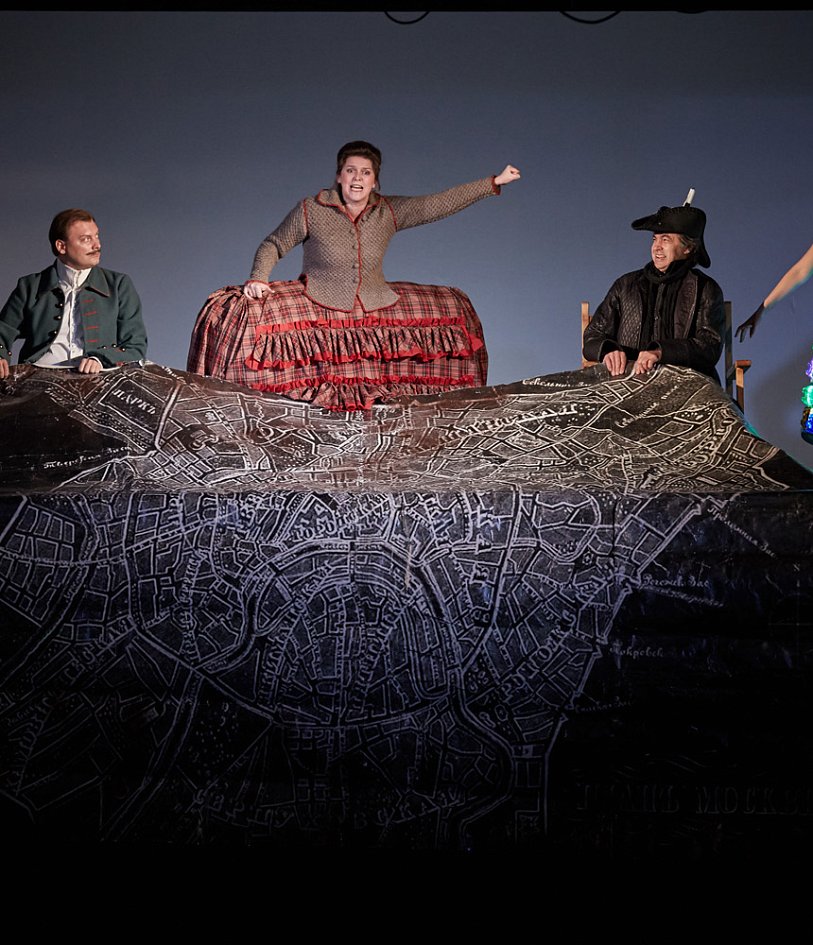 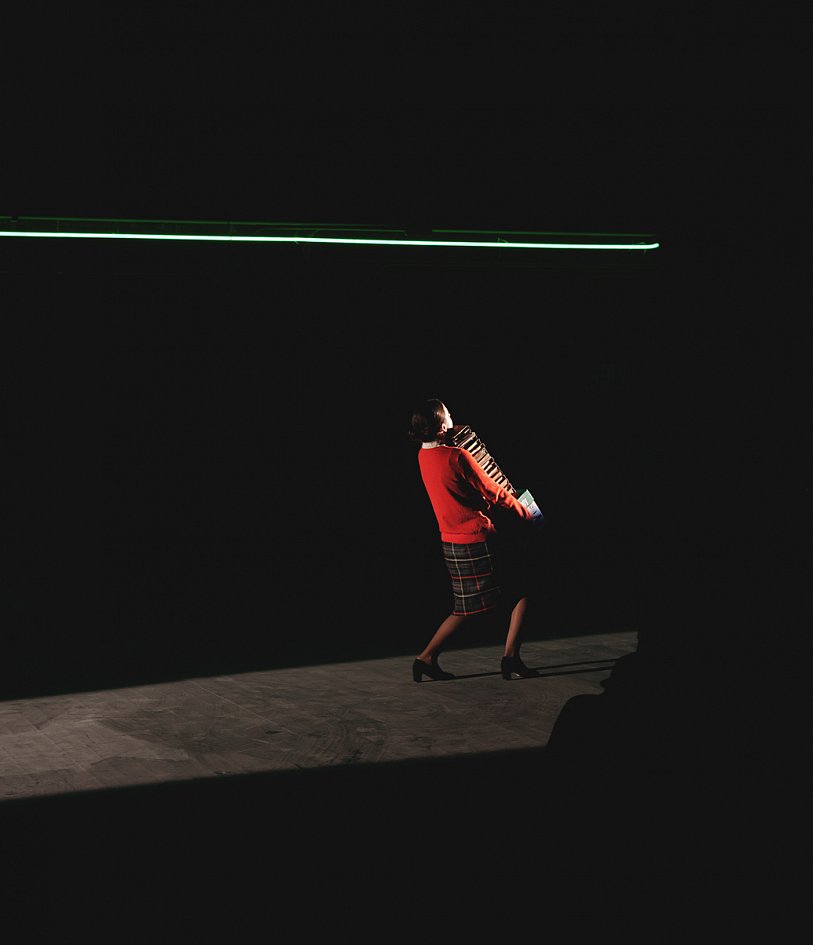 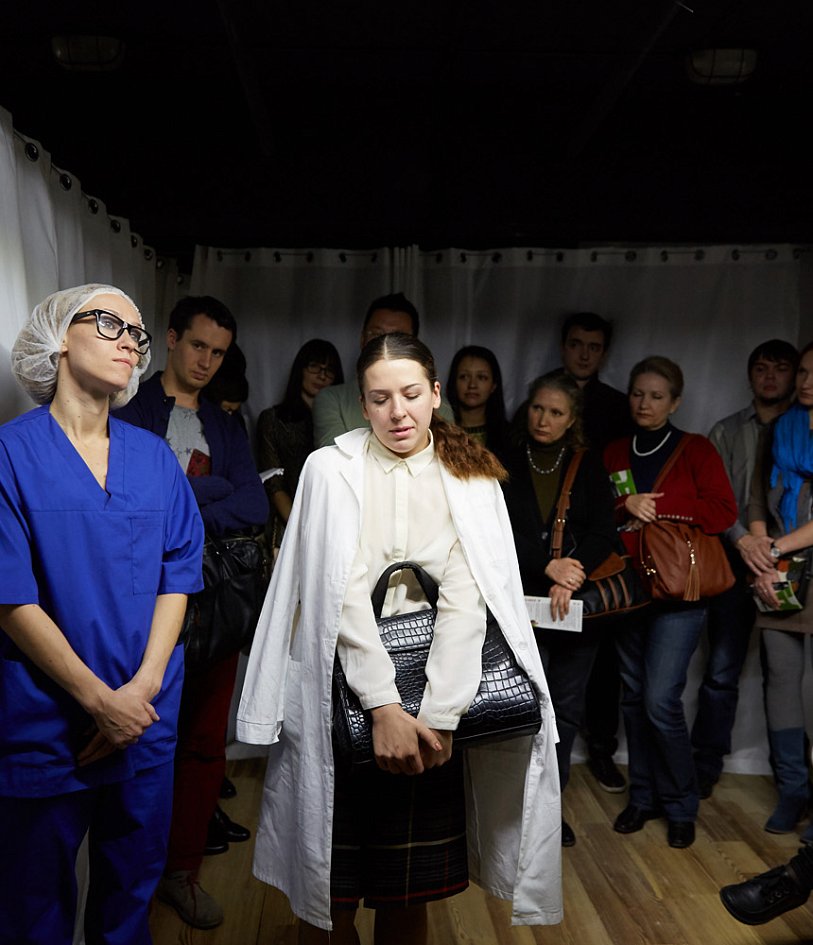 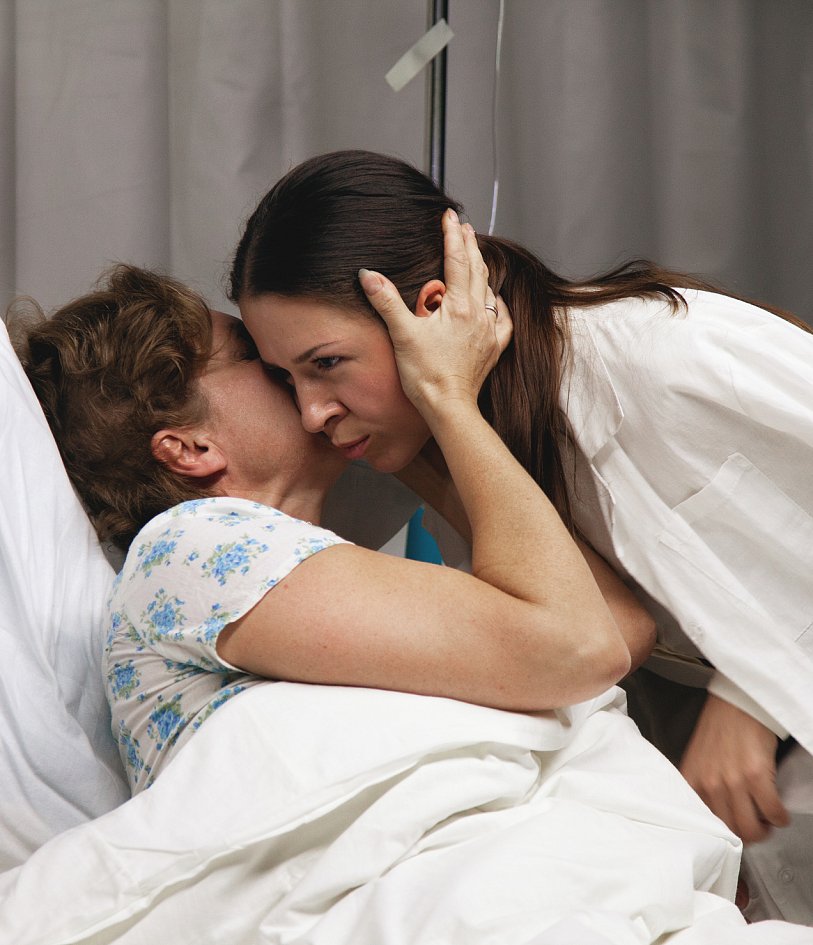 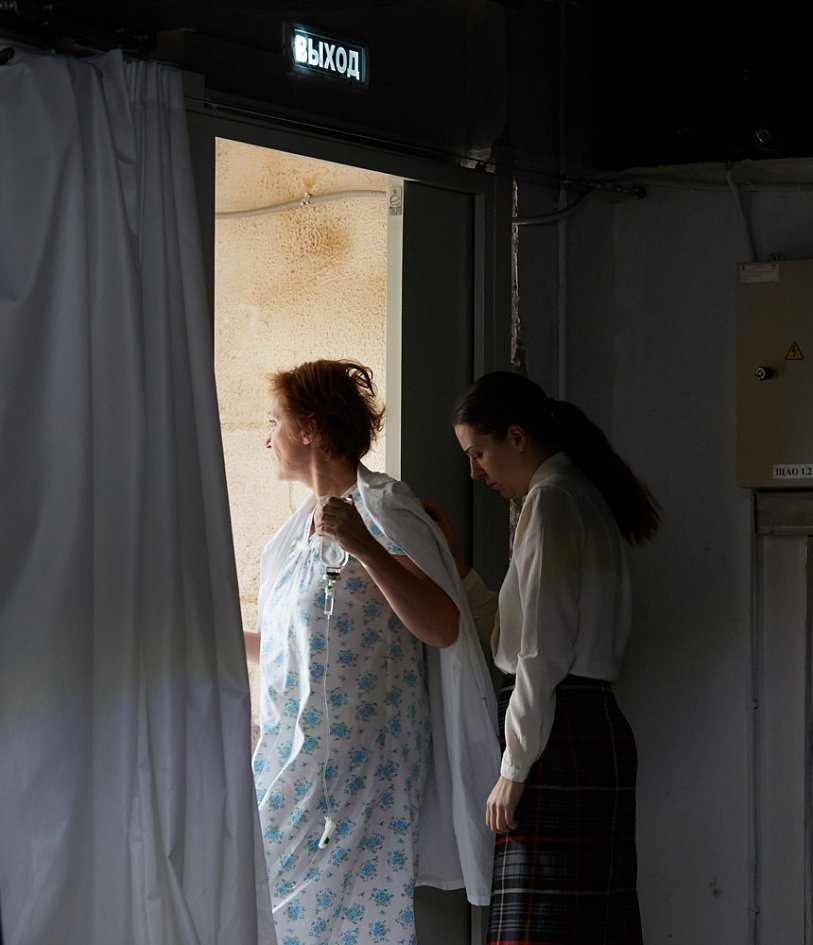 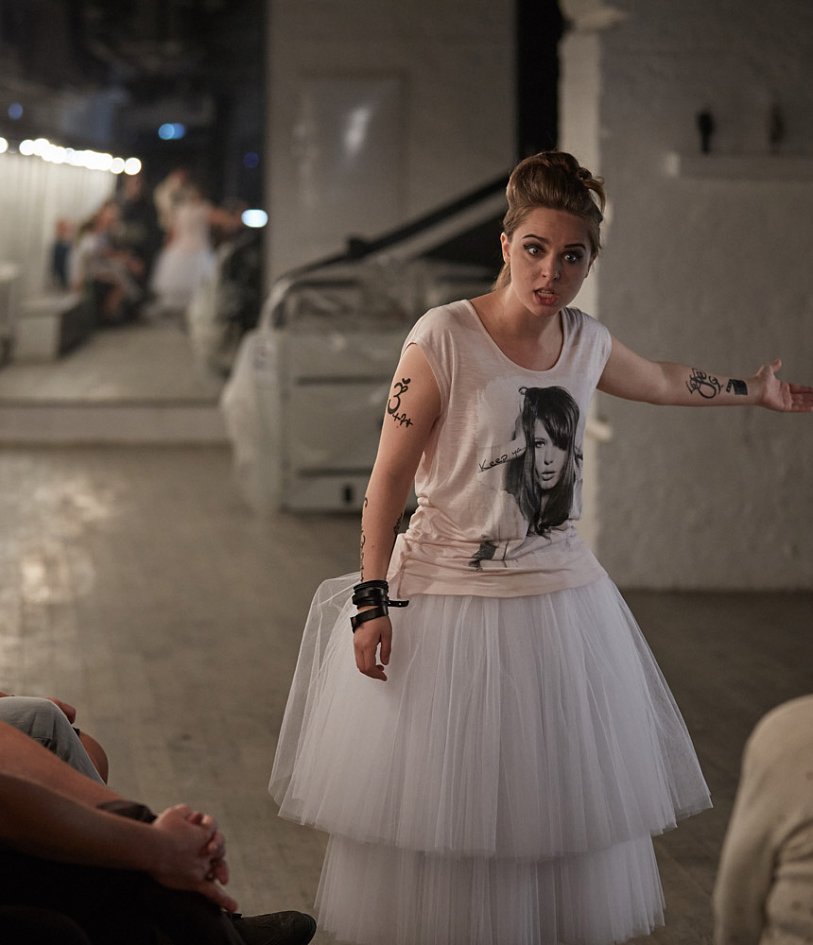 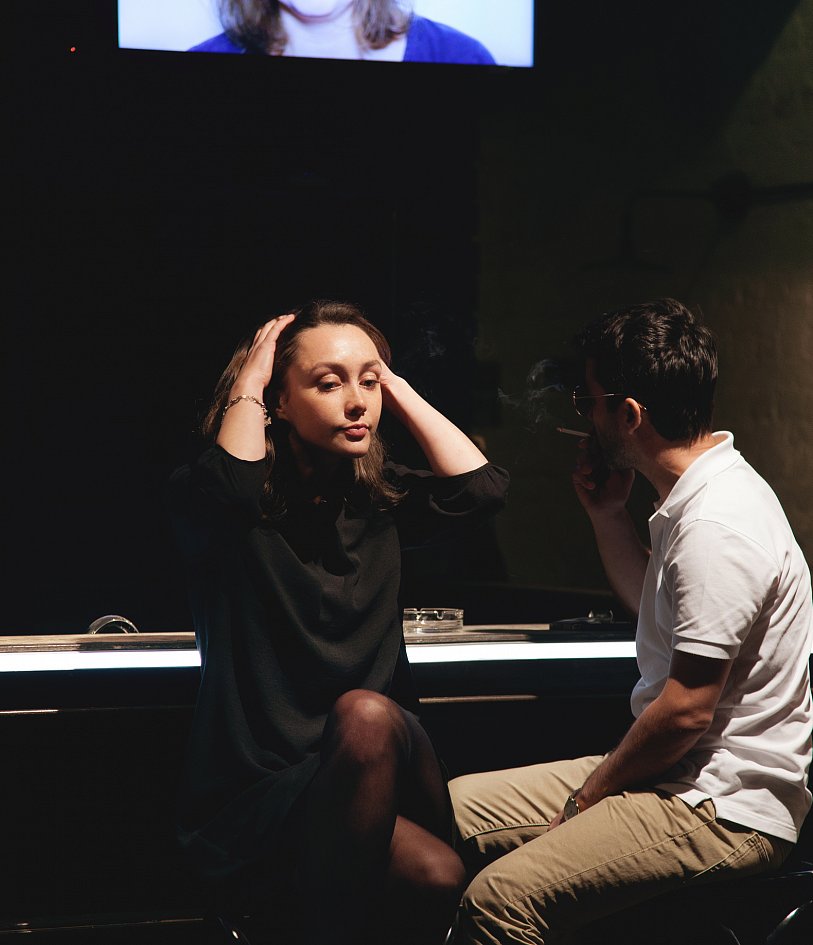 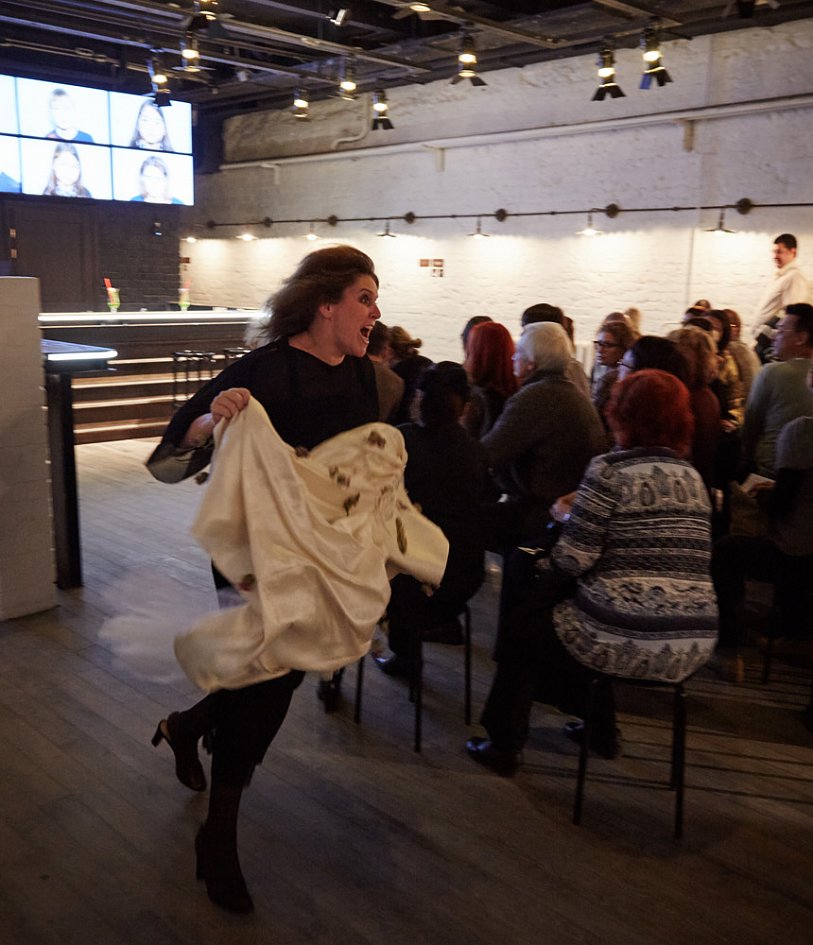 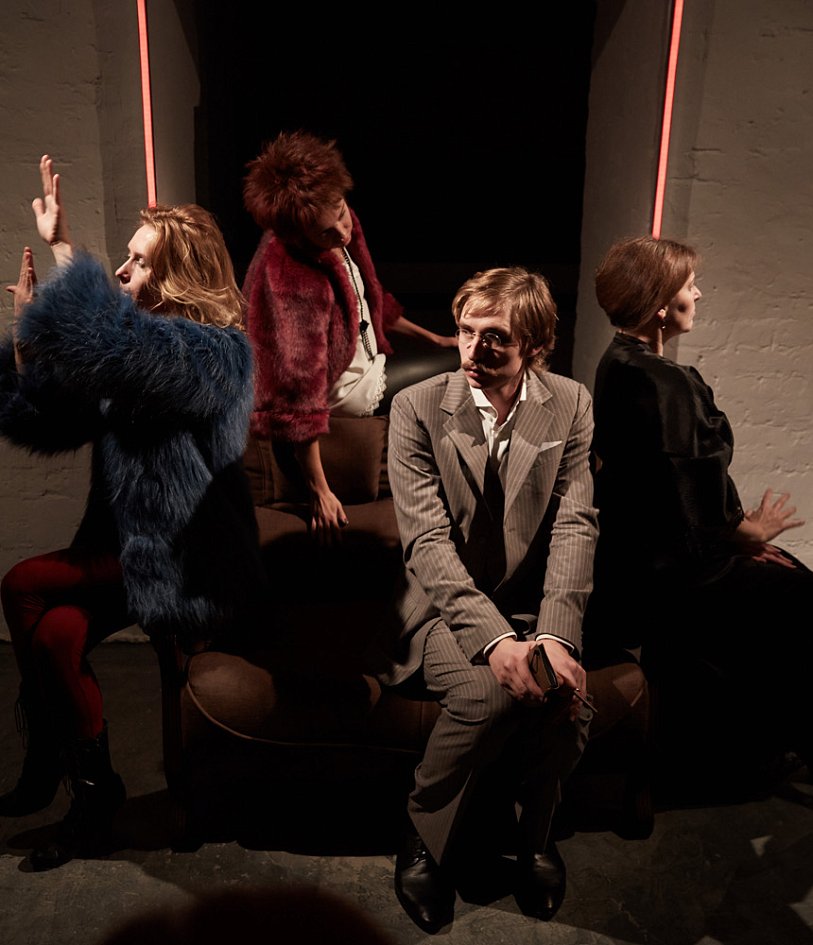 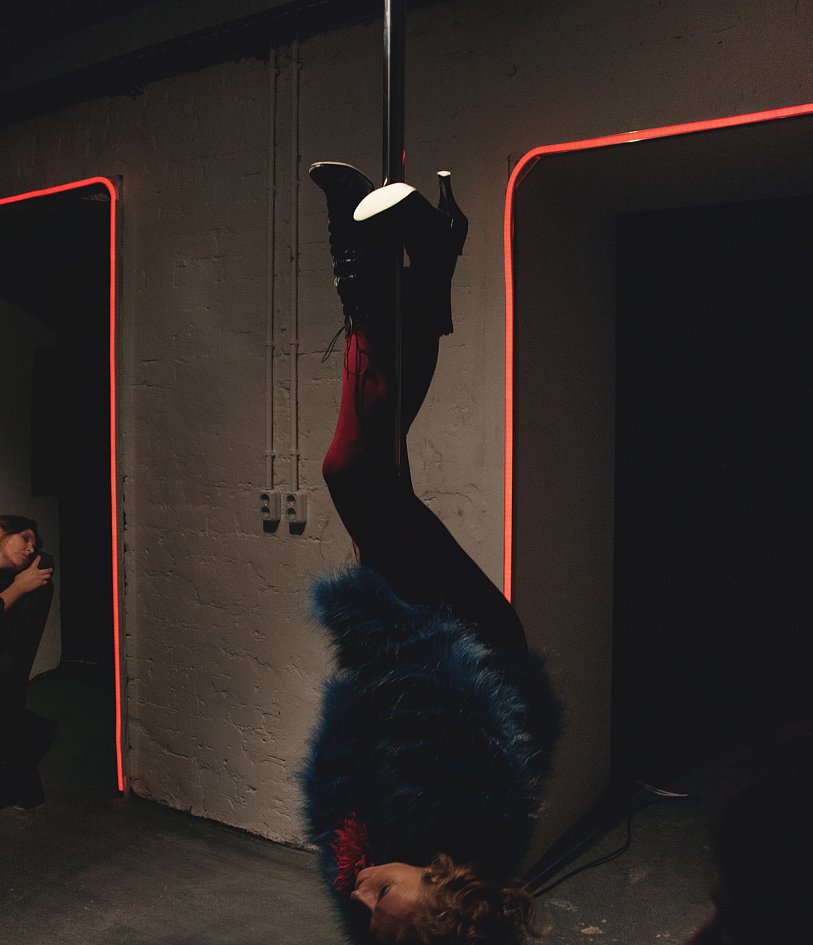 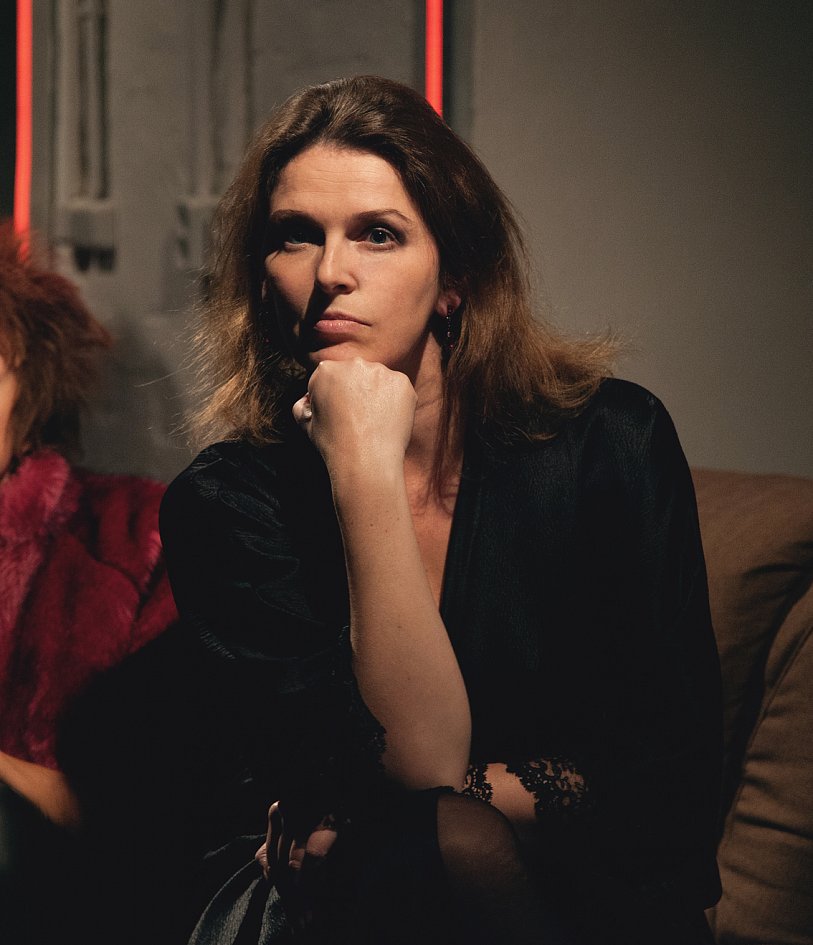 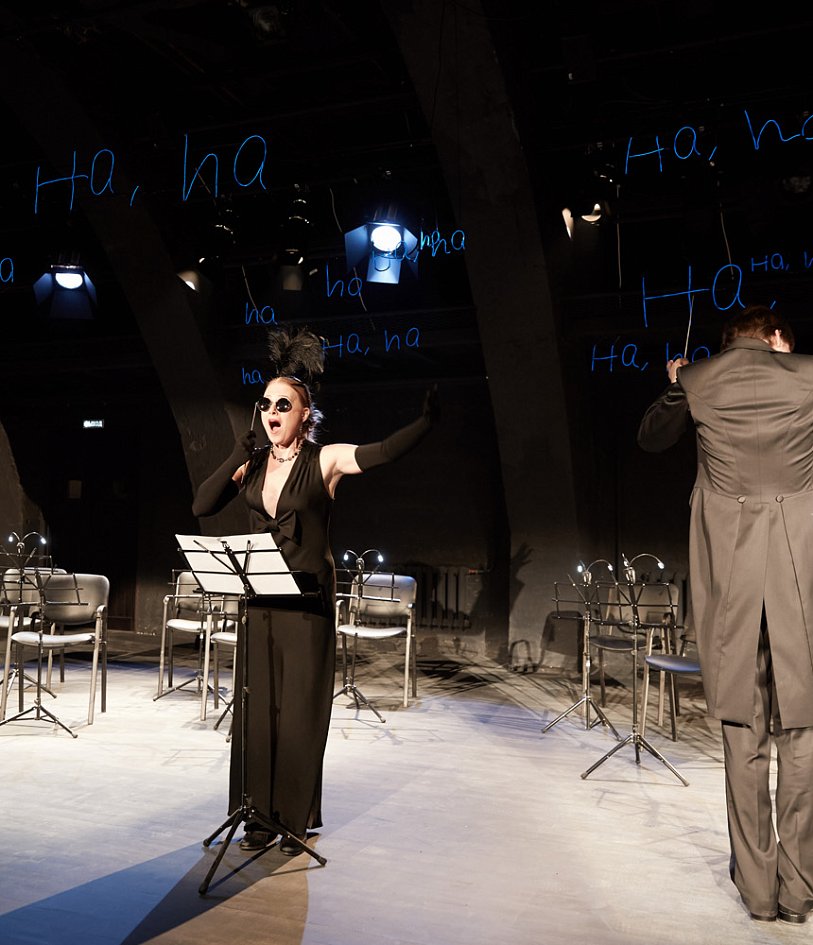 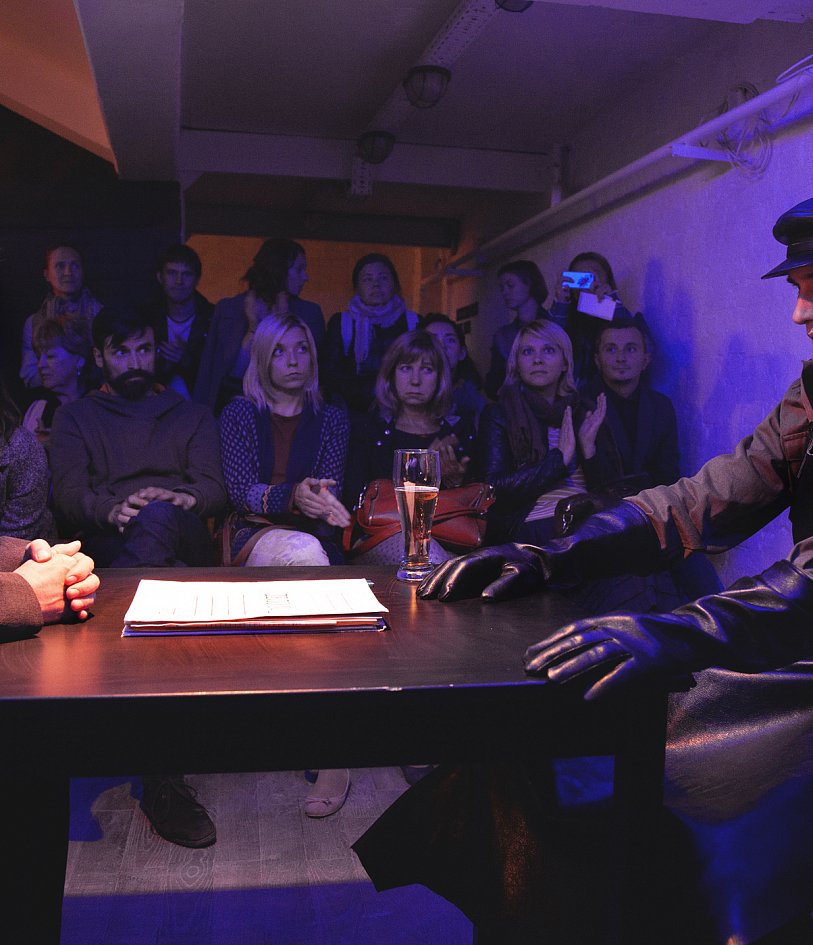 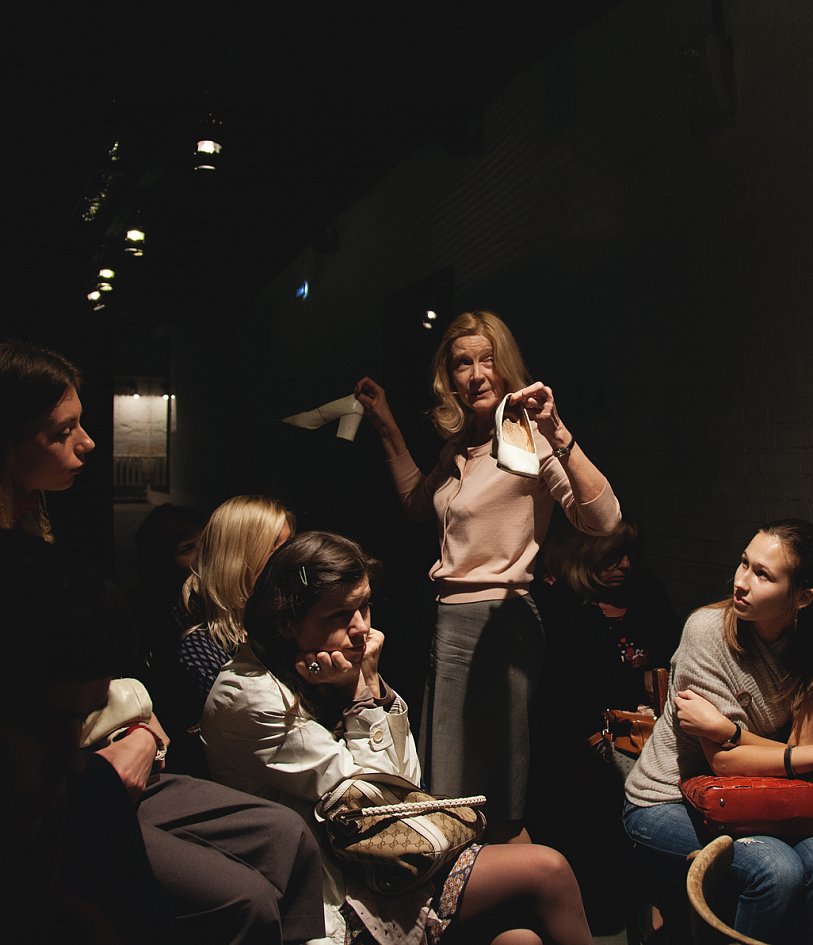 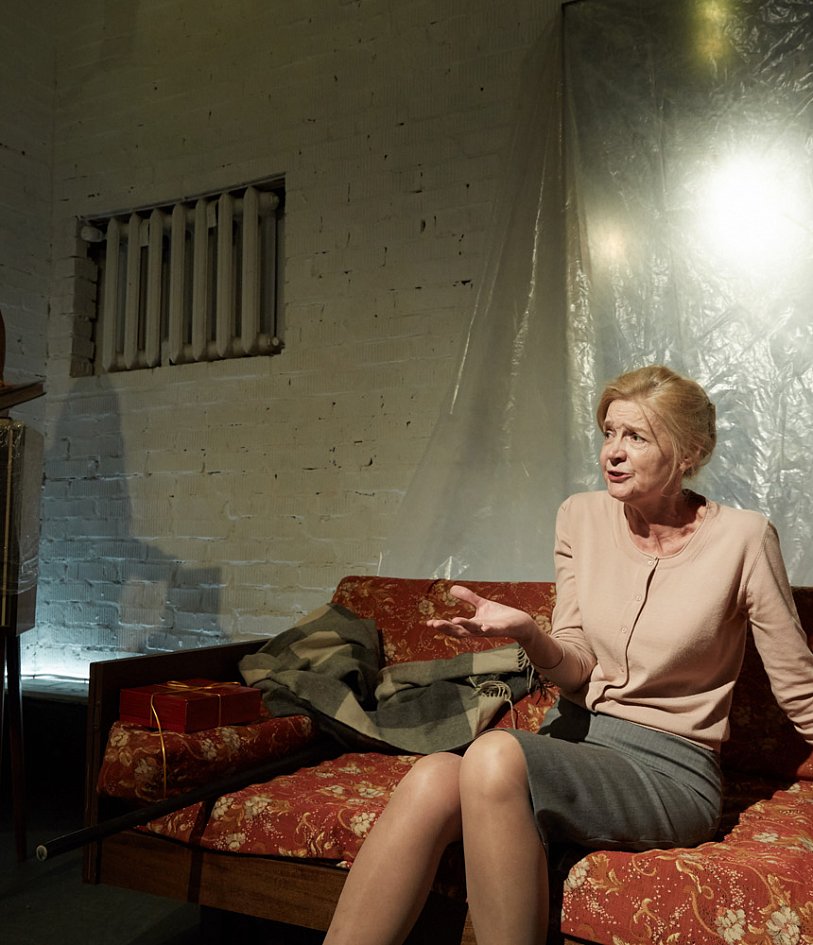 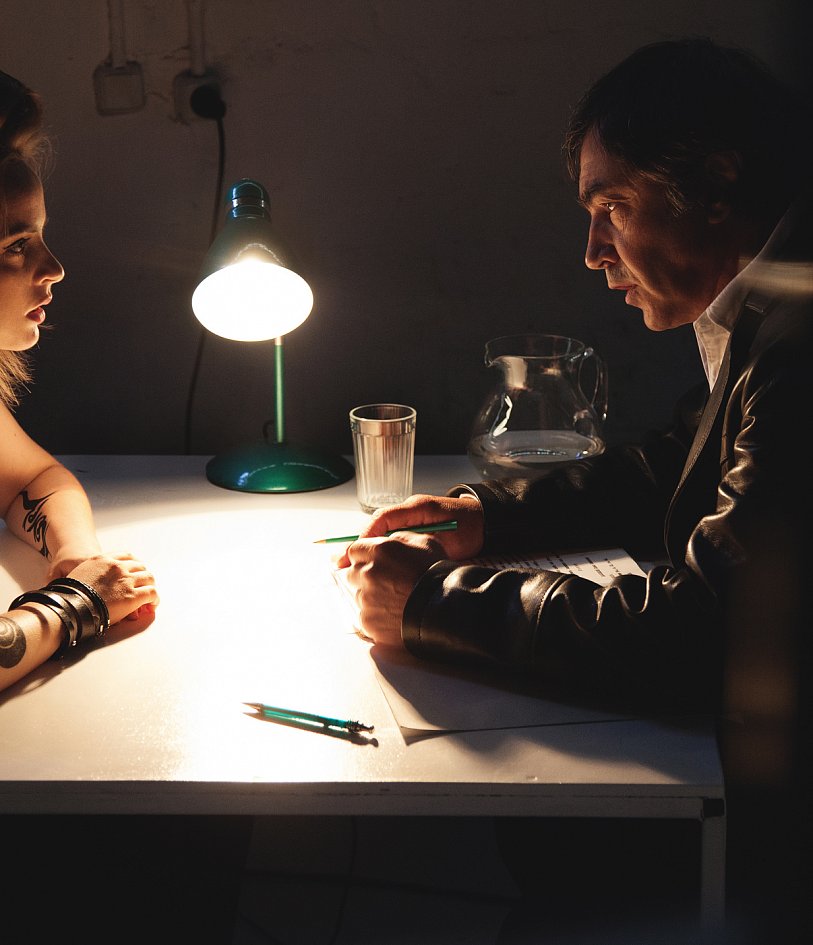 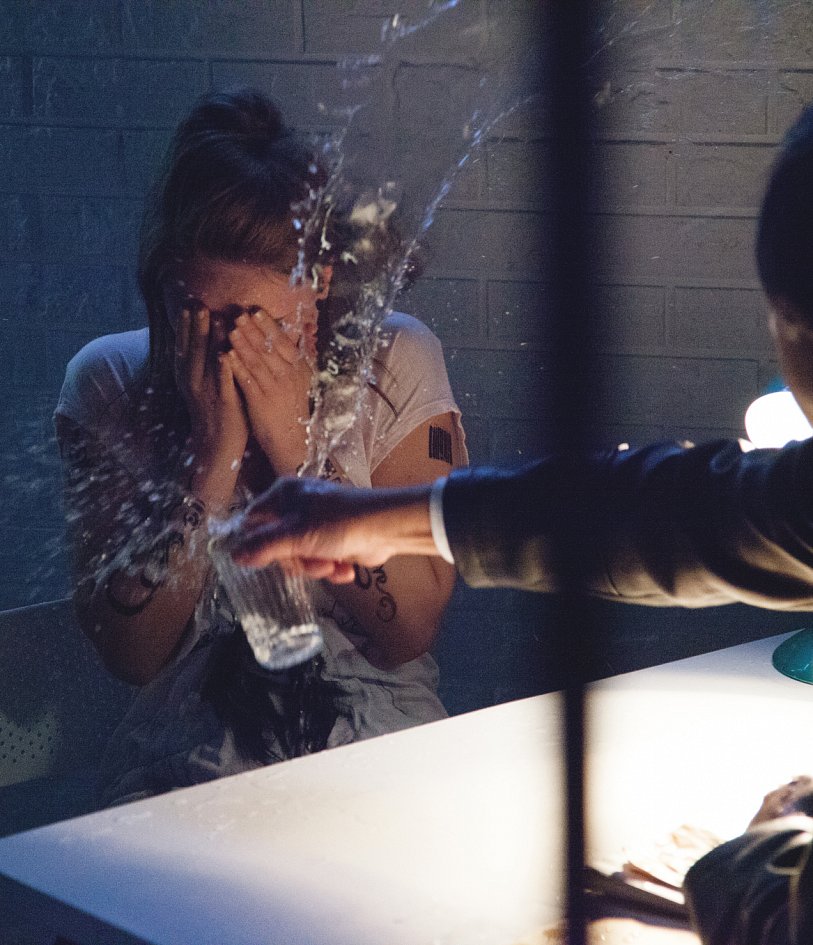 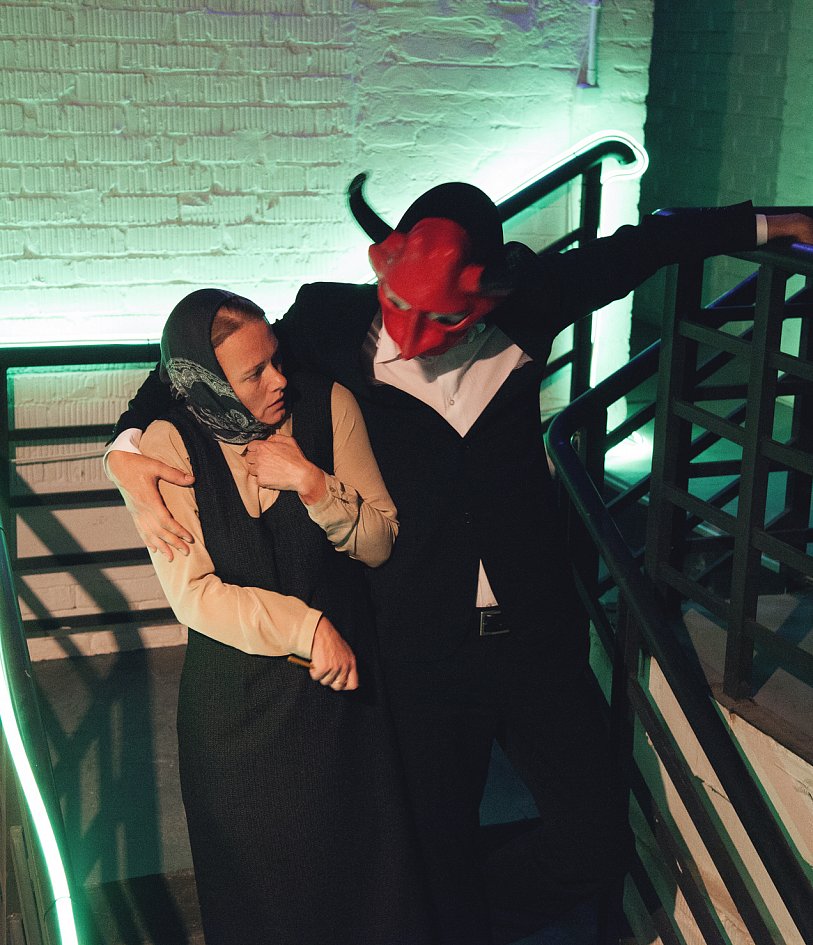 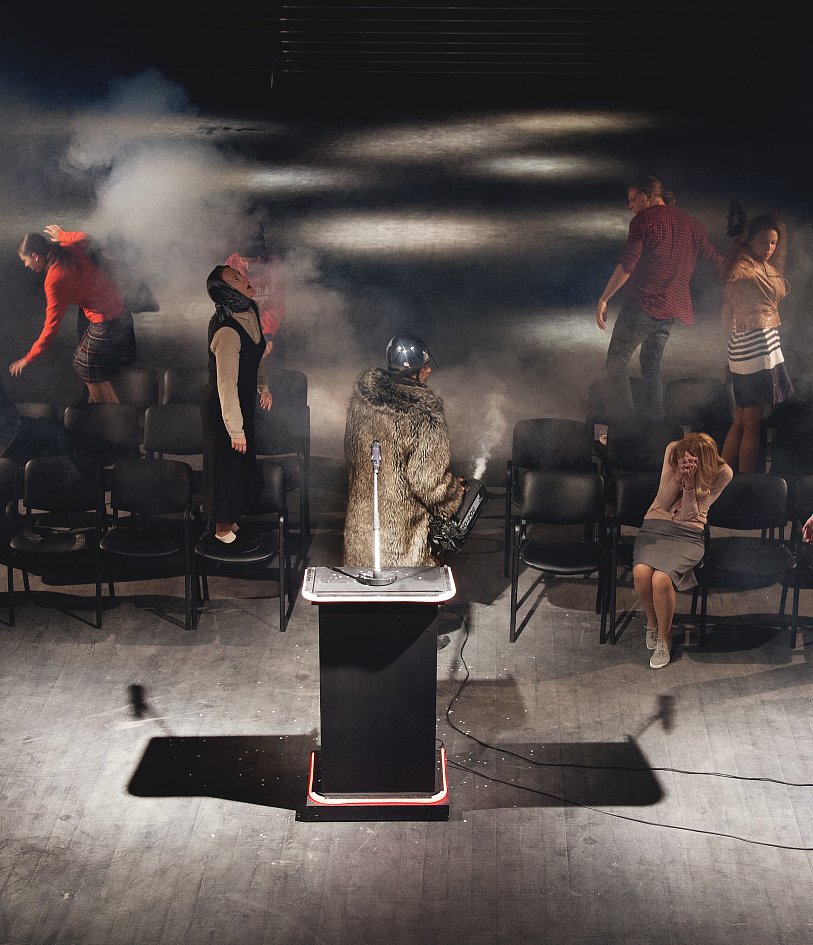 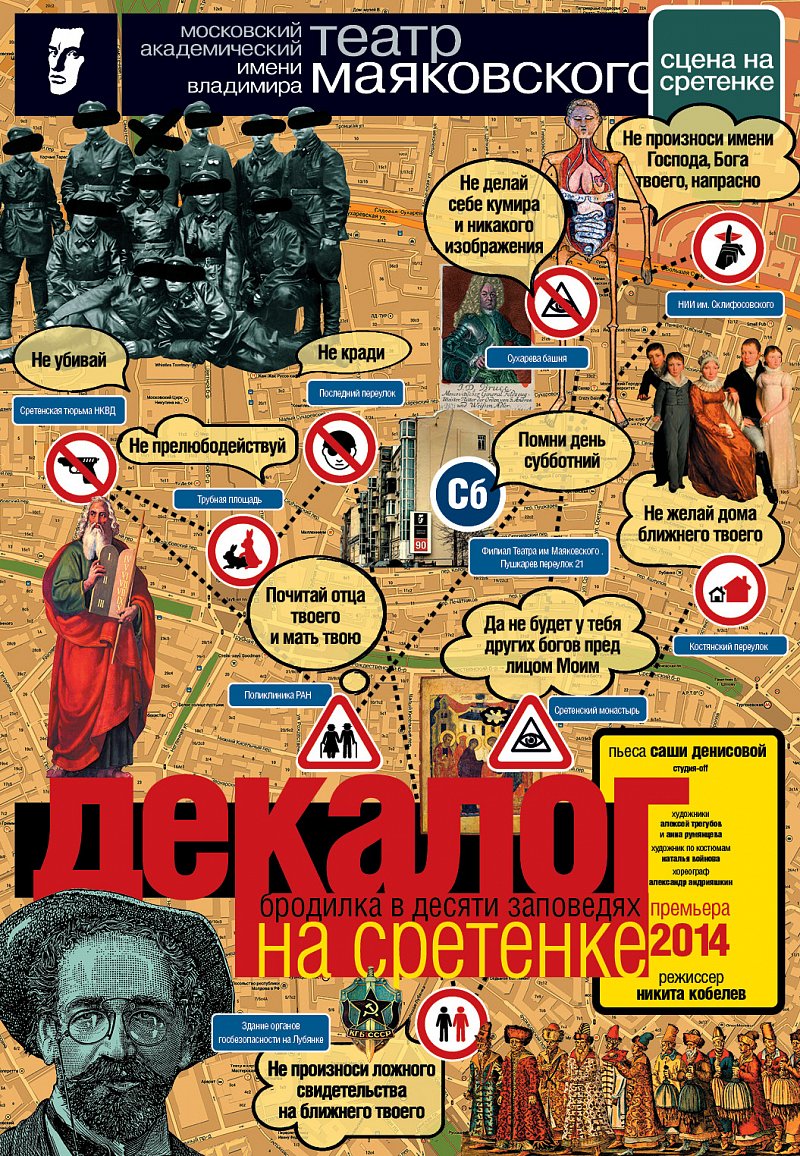 Genre: Quest in the ten tables

The play "Decalogue" intended to open the renovated stage on Sretenka (famous branch of  The Mayakovsky Theatre) and it`s created in the format site-specifictheatre and its subspecies - theater promenade.

To appreciate the updated theatre on Sretenka (the architect – Sergey Kutsevalov) it was decided to conduct the audience through the all spaces of the scene: buffet, cloak room, lobby. Also, the action of the play will take place on the stairs in the warehouse and other office accommodation.

The theme of contemporary sinners united with the history and geography of the Moscow`s area – Sretenka: people stole, killed, betrayed, saw the miracles – and loved on these alleys. This is a small model of humanity where people remember something about Moses and the Commandments on the tablets – and something about the New Testament, and especially "Love thy neighbor as thyself." But modernity is confusing all the card and who can decide whether you are guilty or not?

The play was written by Sasha Denisova – around verbatims of Studio OFF, which is the first studio of documentary theater in the Repertory Theater.

"Decalogue" – is a compound of the art scene and documents, fantasy and realism. It is a new attitude to the verbatim genre – it is only a tool in the fantastic promenade build by the director Nikita Kobelev. Only on Sretenka stage there will be emperors, luminous girls, old women dancing the contemporary dance as well as touching, funny and serious human circumstances.

Where is a battle for the human souls? Yes, it is on Sretenka.