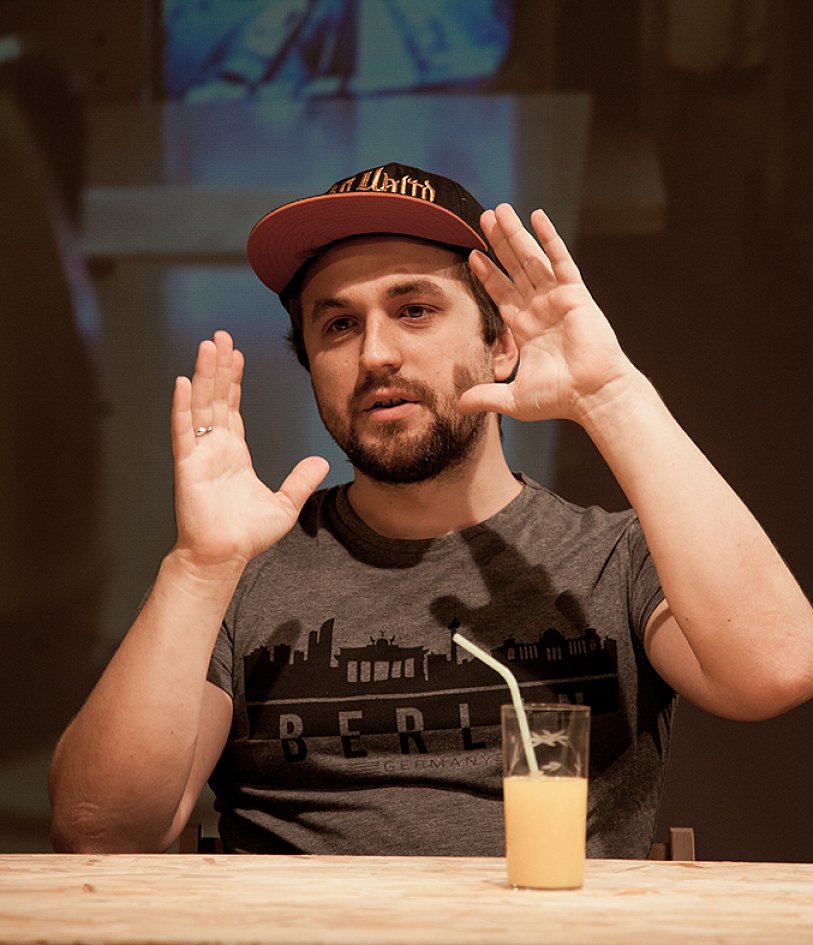 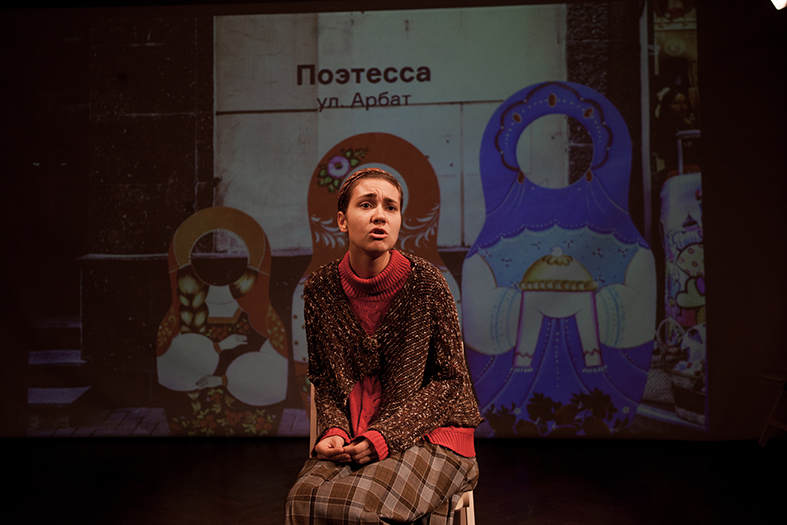 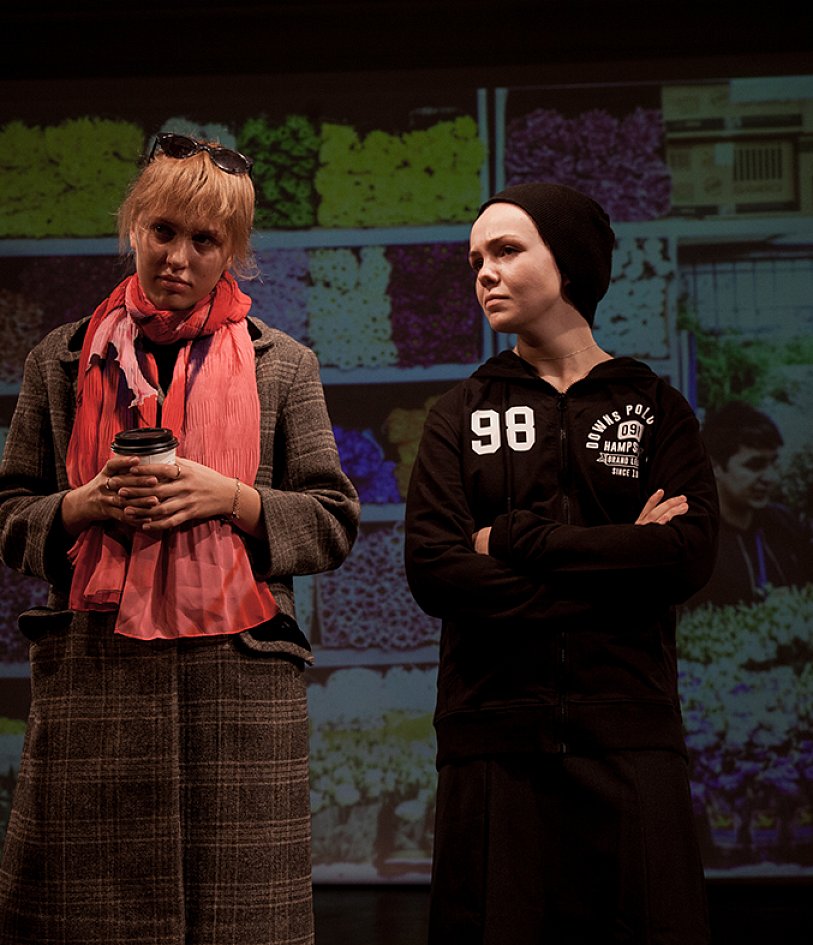 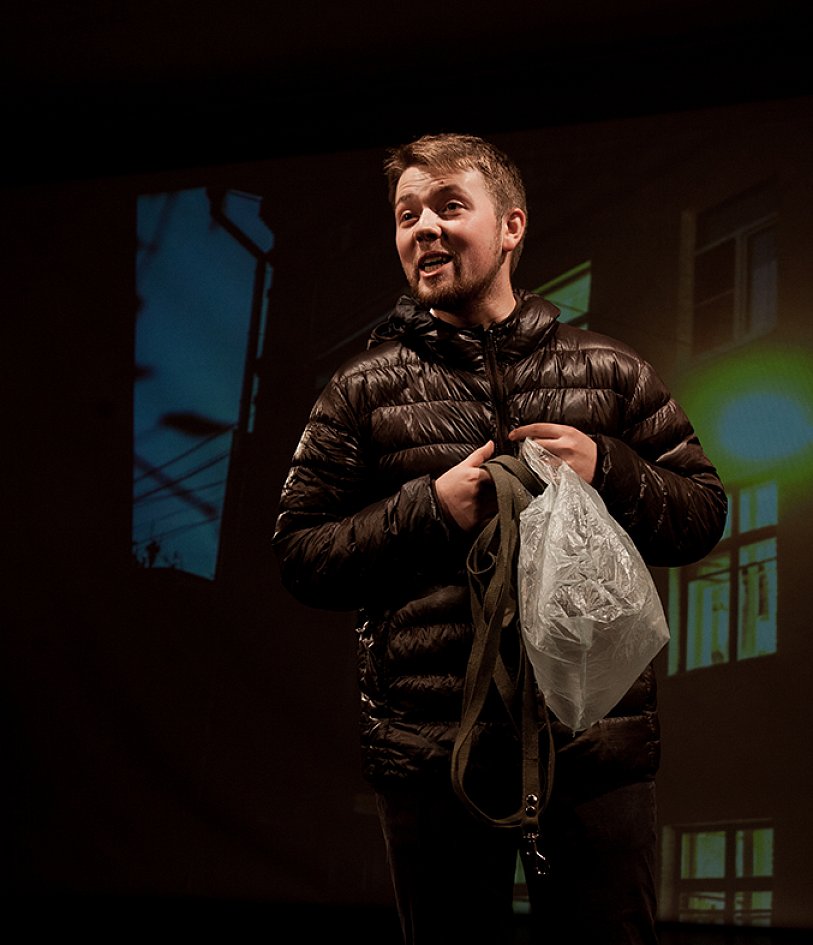 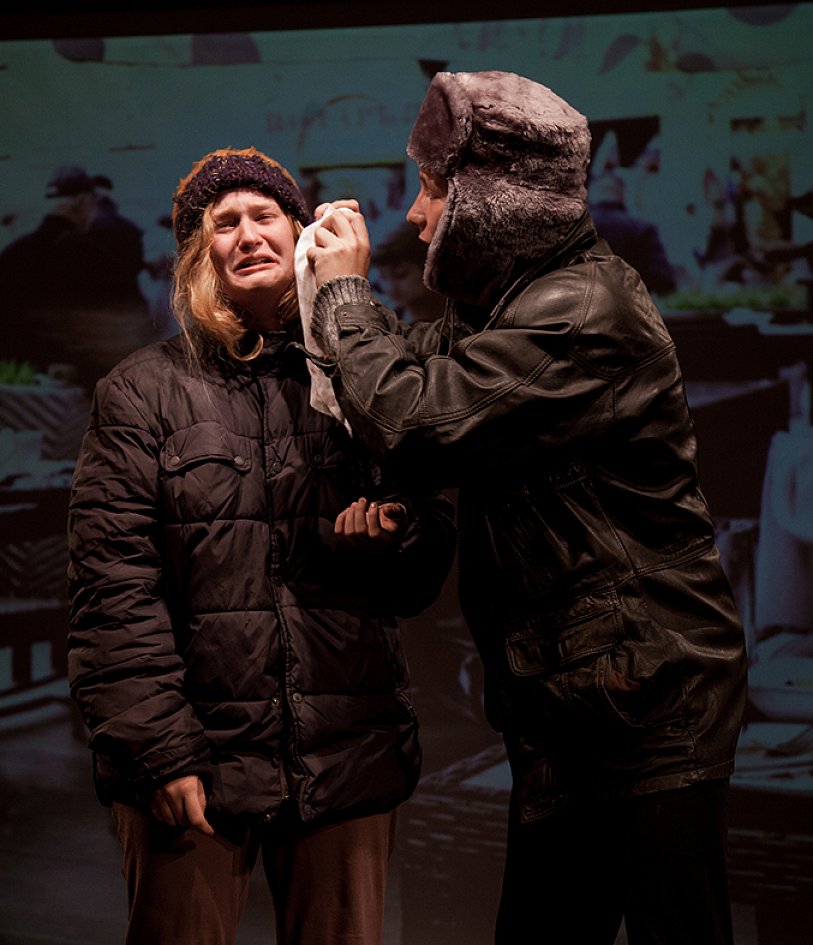 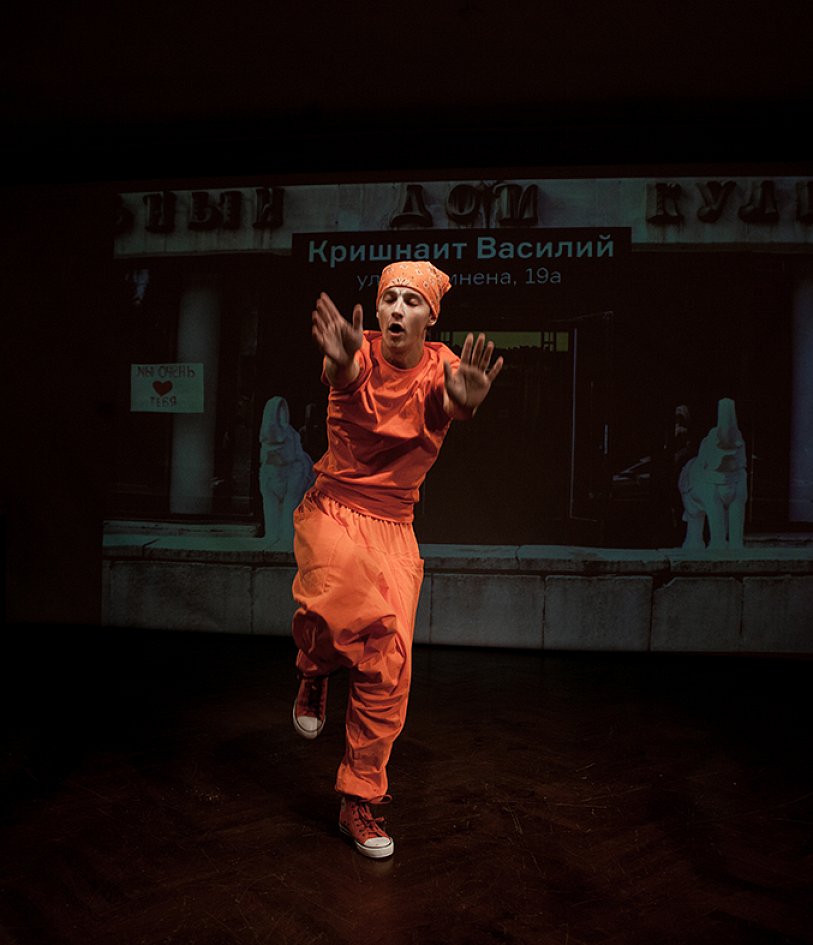 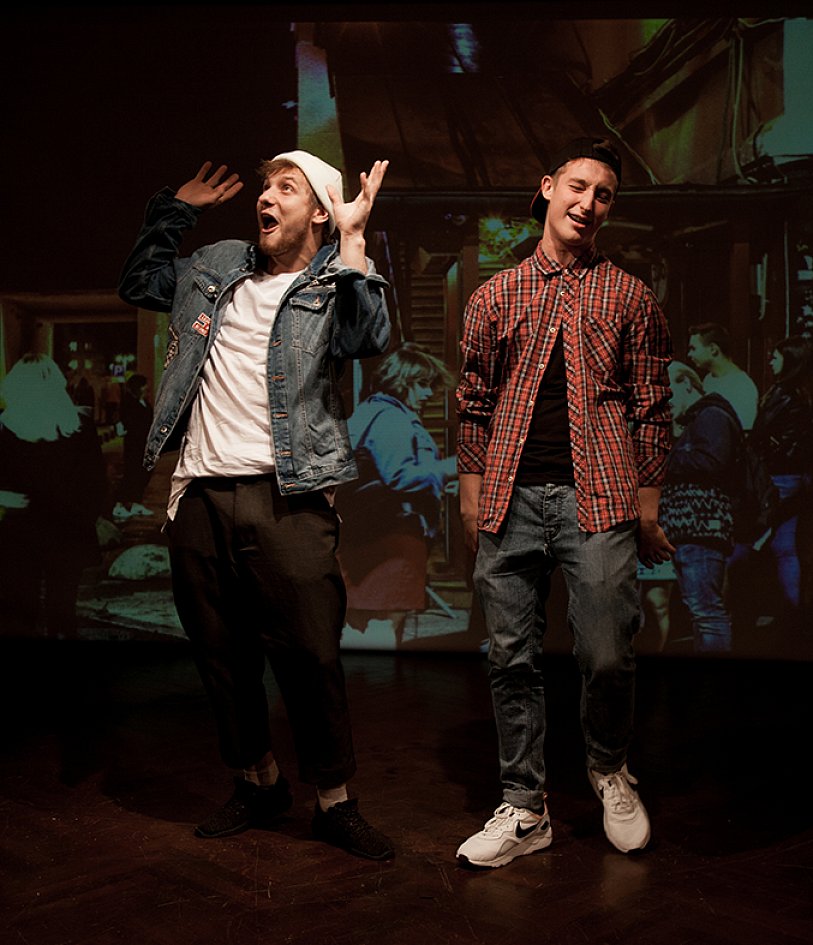 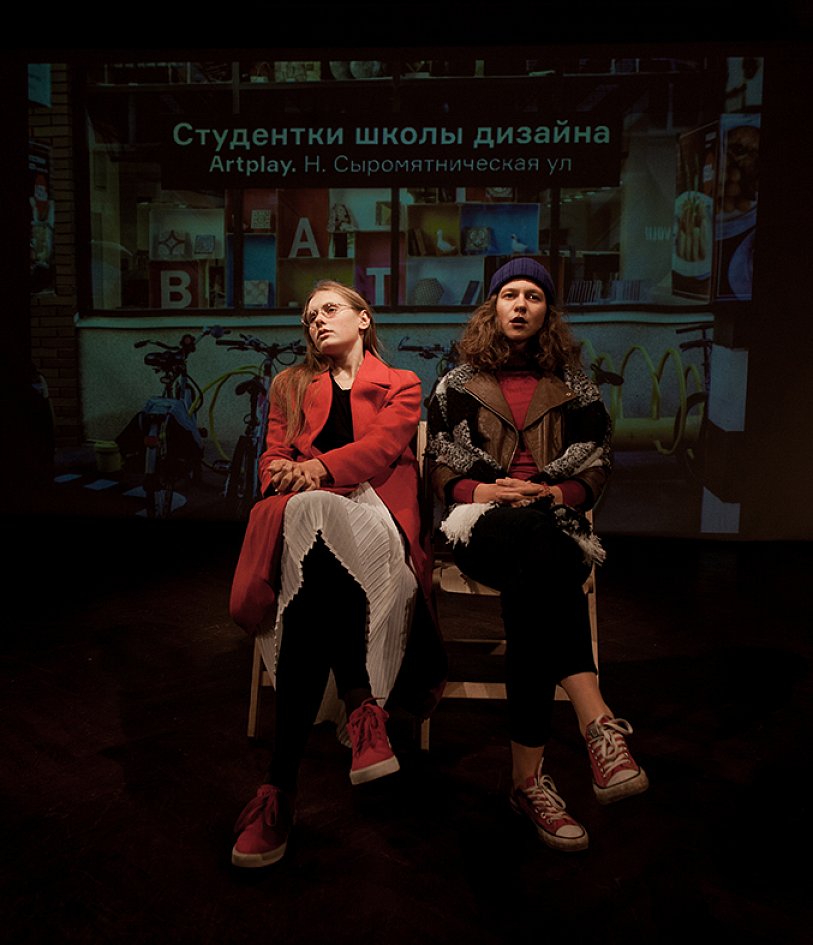 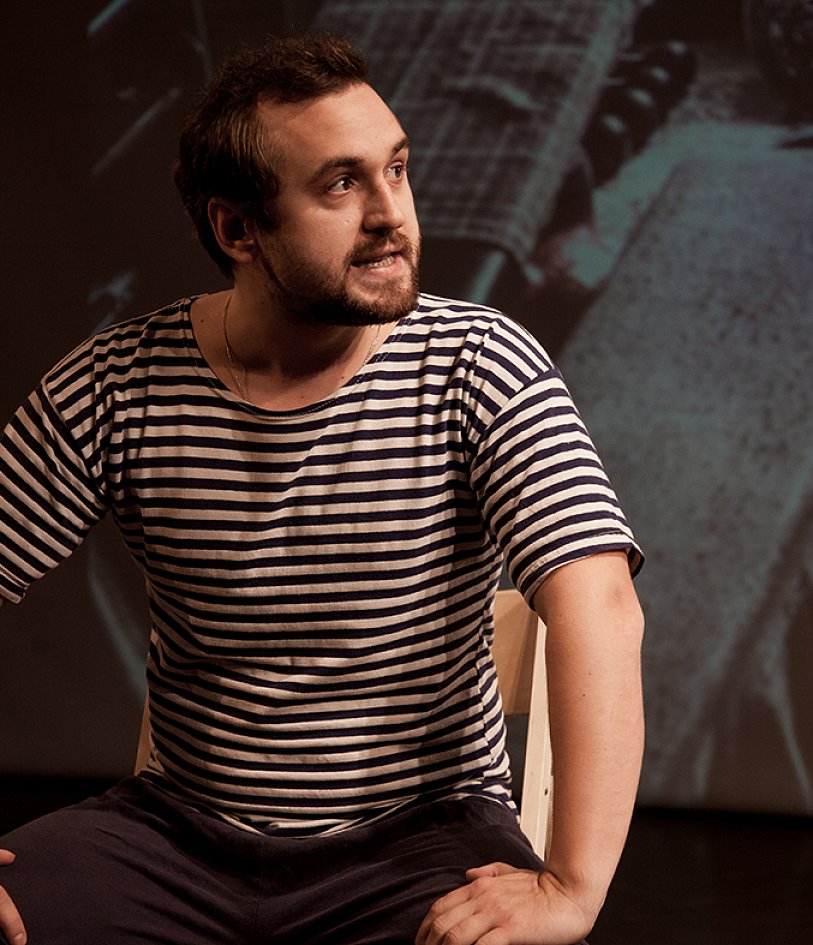 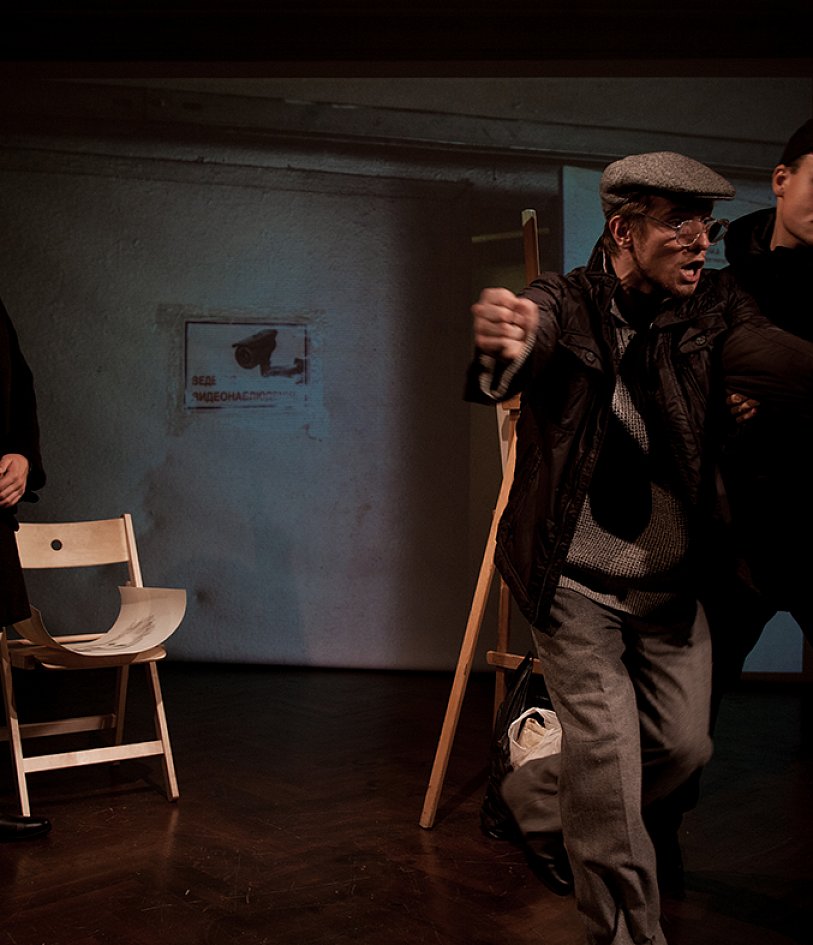 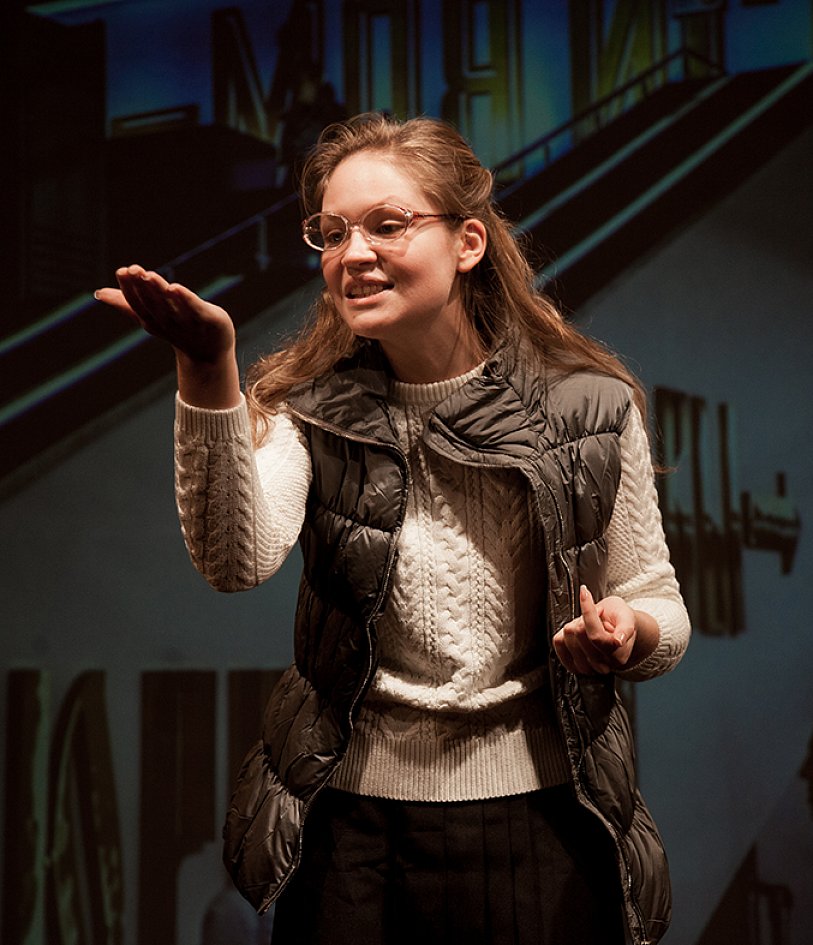 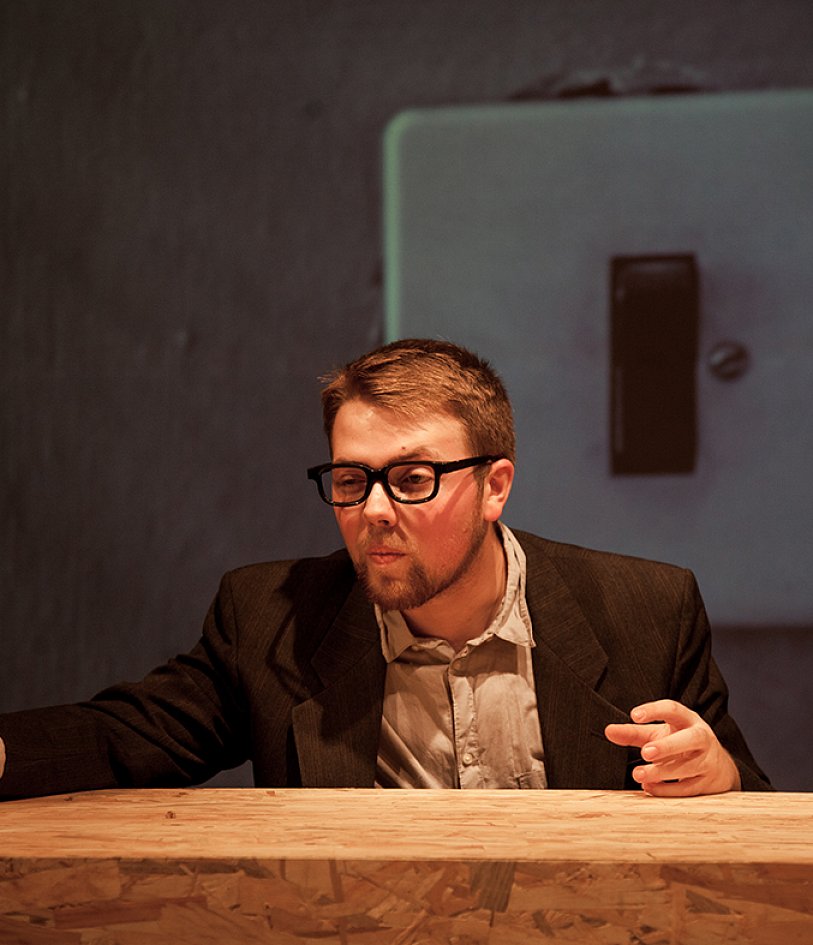 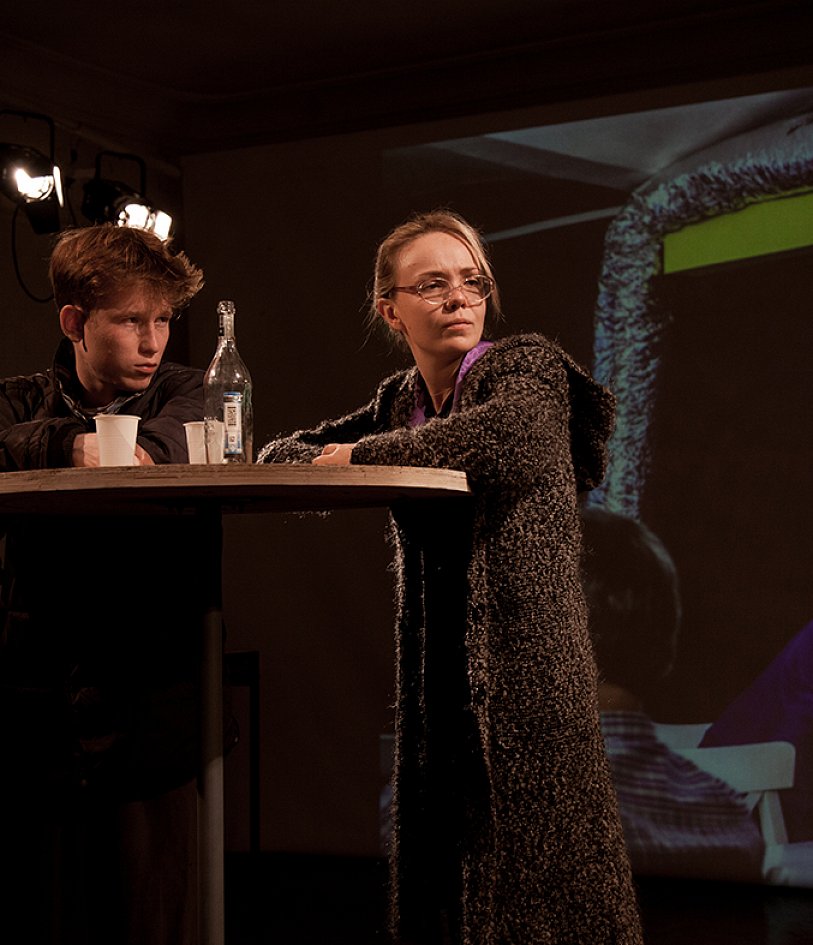 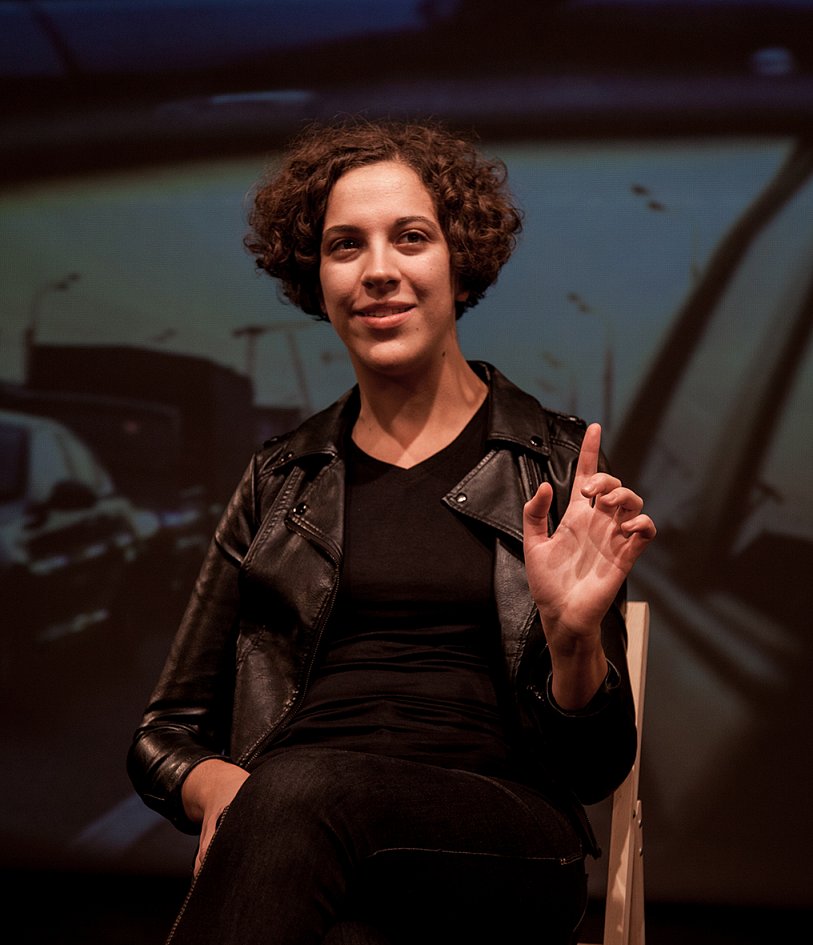 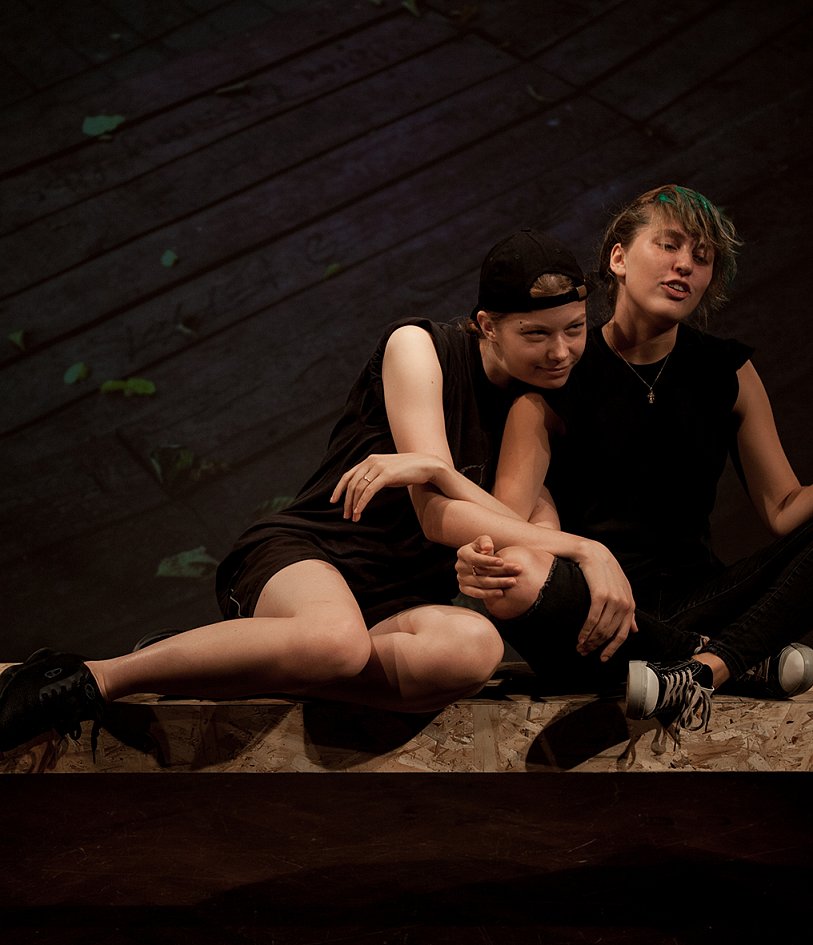 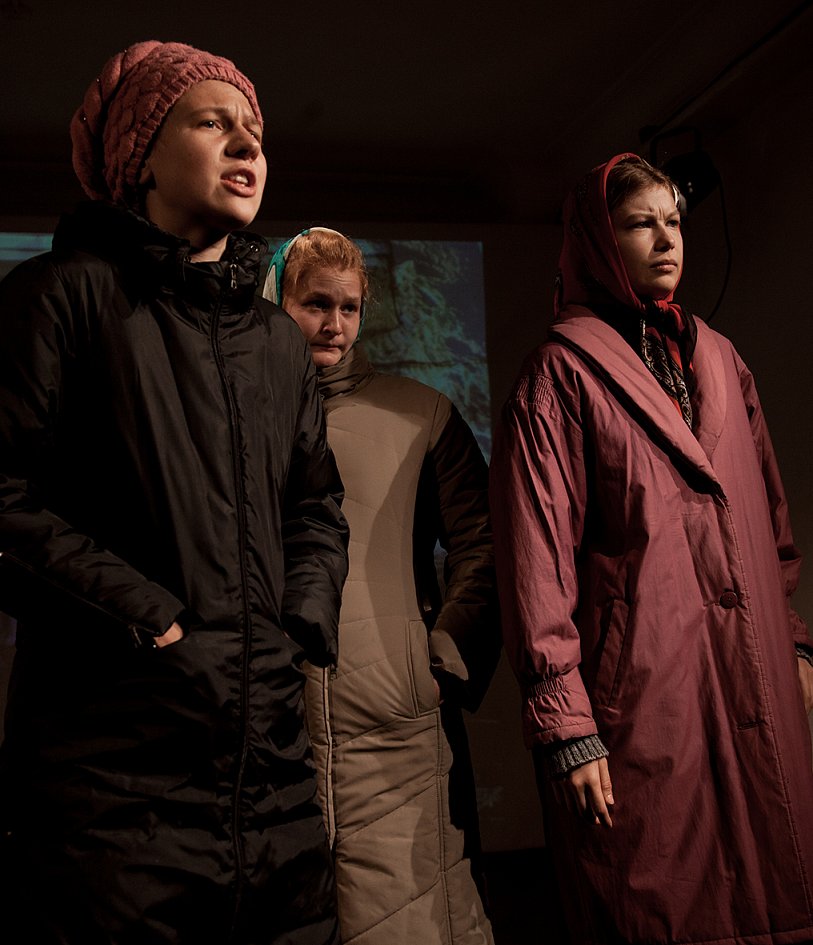 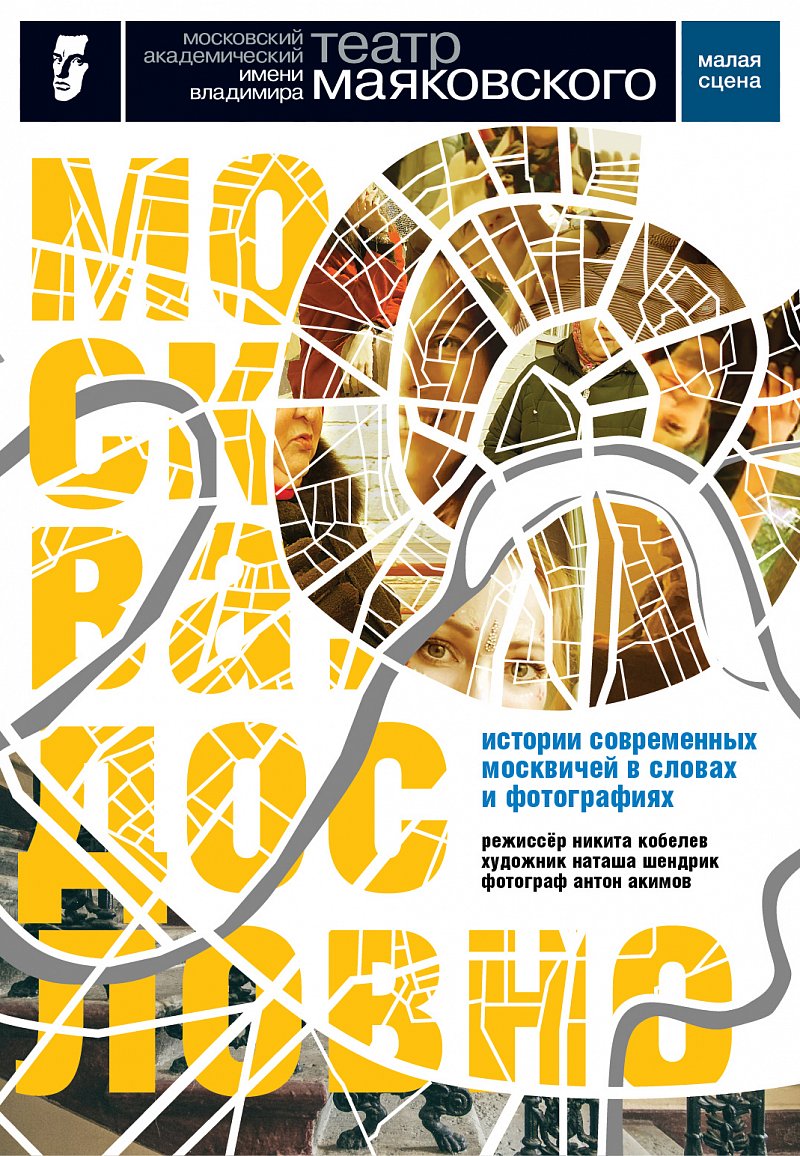 The performance by students of Mindaugas Karbauskis` class (Russian Institute of Theatre Arts) became the first premiere of 96 season in Mayakovsky Theatre. Initially “Moscow.Verbatim” was the first year examination of students. In the basis of the performance – verbatim and observing of modern Moscow citizens.

This is not the first time when Director of the performance Nikita Kobelev is engaged into a documentary theatre: together with Sasha Denisova he was the Head of Studio-OFF – the first studio of documentary theatre under the direction of Repertory Theatre. Several performances became the result of this work: “Ninetimestoten” – about the history of Mayakovsky Theatre (2012) and “Decalogue on Sretenka” (2014) – about the breaking of commandments in to-day Moscow.

“Observations made on Moscow streets and conversations overhead in different parts of the city, from Strelka and Artplay to pubs and markets. Characters for every taste: professors and homeless, musicians and artists, foreigners and natives – everybody has something to say about Moscow life, and not only about it…”