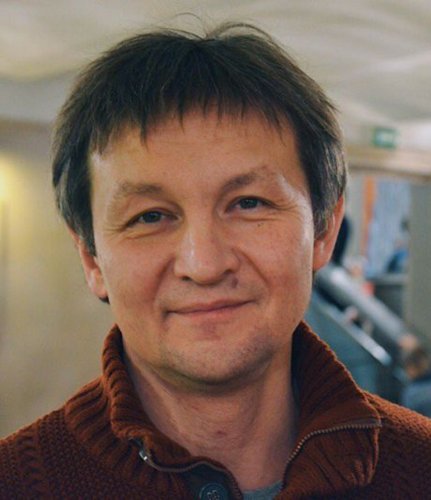 Aleksander Koruchekov was born on March 9, 1968 in Dzhankoy.

In 2006 he graduated from the Directing Department of GITIS (S. Zhenovach`s workshop)

His graduation performance ‘As You Like It’ was based on a passage of Shakespeare's play. In autumn of the same year he participated in the International Festival ‘Young Russian Theaters’ in Omsk. In the summer of 2005 the performance was included to the pilot and programme of the VI International Chekhov Festival. In autumn 2005, the play ‘As You Like It’ entered the repertoire of the ‘Studio of Theatre Art.’

Aleksander teaches at Sergei Zhenovach's course at GITIS and at the Vakhtangov Theatre Academy. As a director and teacher he staged ‘Demons’ by F. Dostoevsky at GITIS (2009), ‘Macbeth’ by William Shakespeare at the Vakhtangov Theatre Academy (2007), ‘Fear and Misery of the Third Reich’ by Brecht (2009), ‘Women’ by Anton Chekhov (2010), ‘Unlearned comedy’ based on the Italian commedia dell'arte (2011). The play ‘The fear and Misery of the Third Reich’ was awarded the ‘Golden Leaf’ for the creation of the best ensemble cast. The play ‘Unlearned comedy’ entered the repertoire of Vakhtangov Theatre in December 2011.

At the ‘Studio of Theatre Art’ he plays in productions of ‘The Boys’ (Alyosha Karamazov) and ‘Marienbad’ (Shloyme Kurlender).