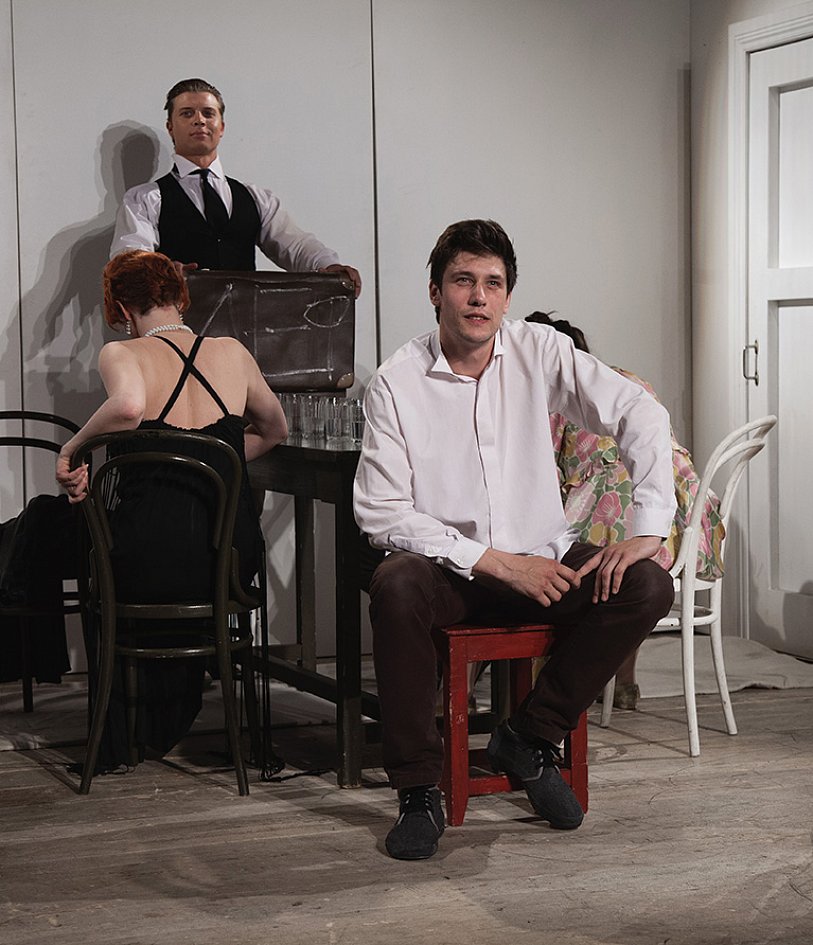 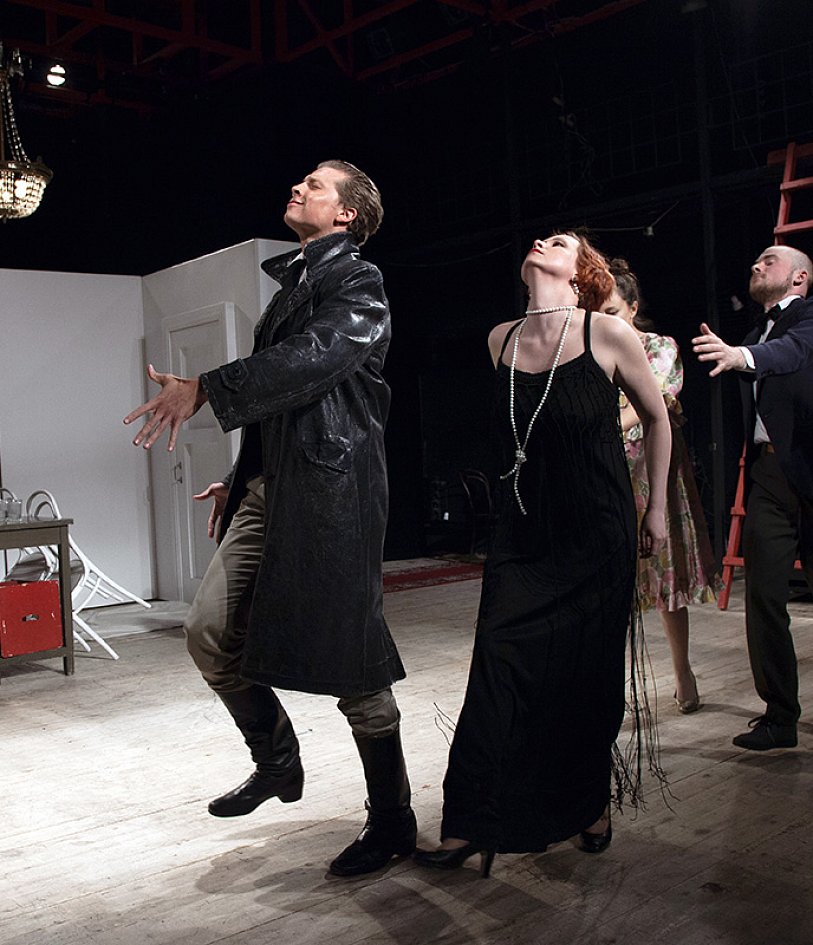 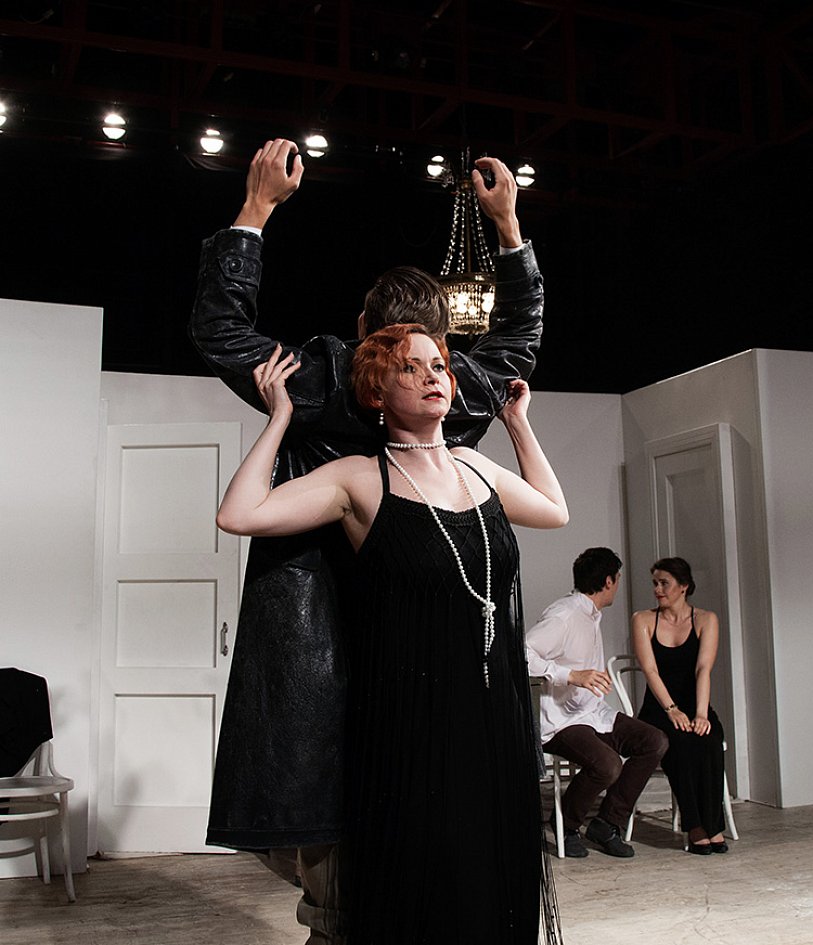 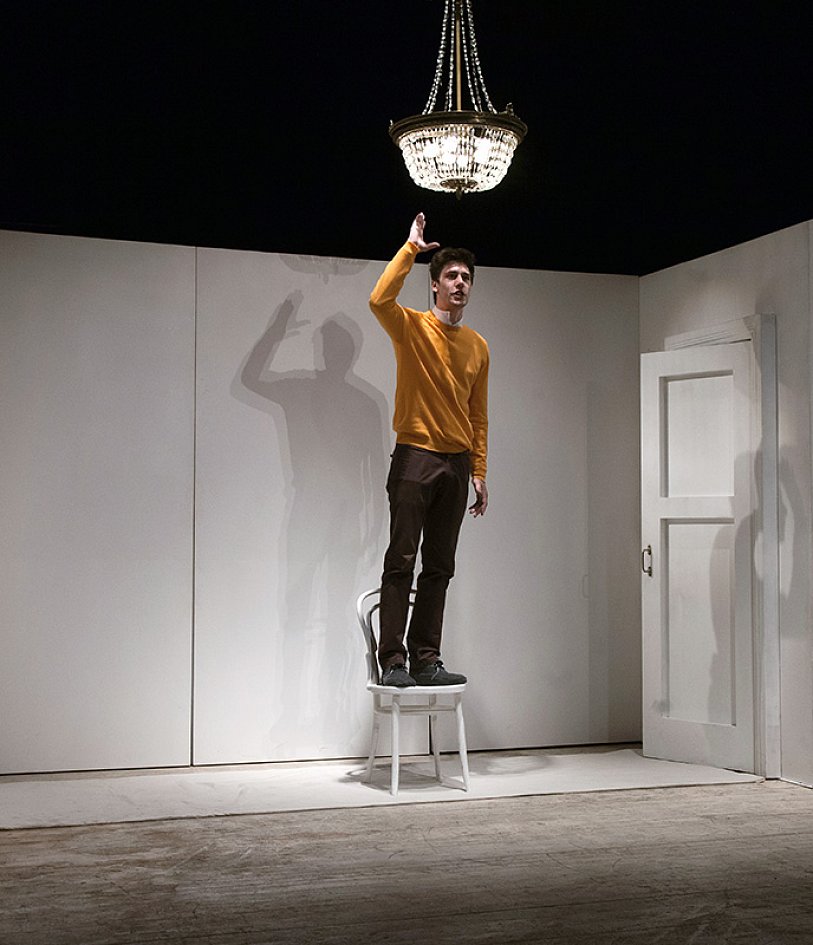 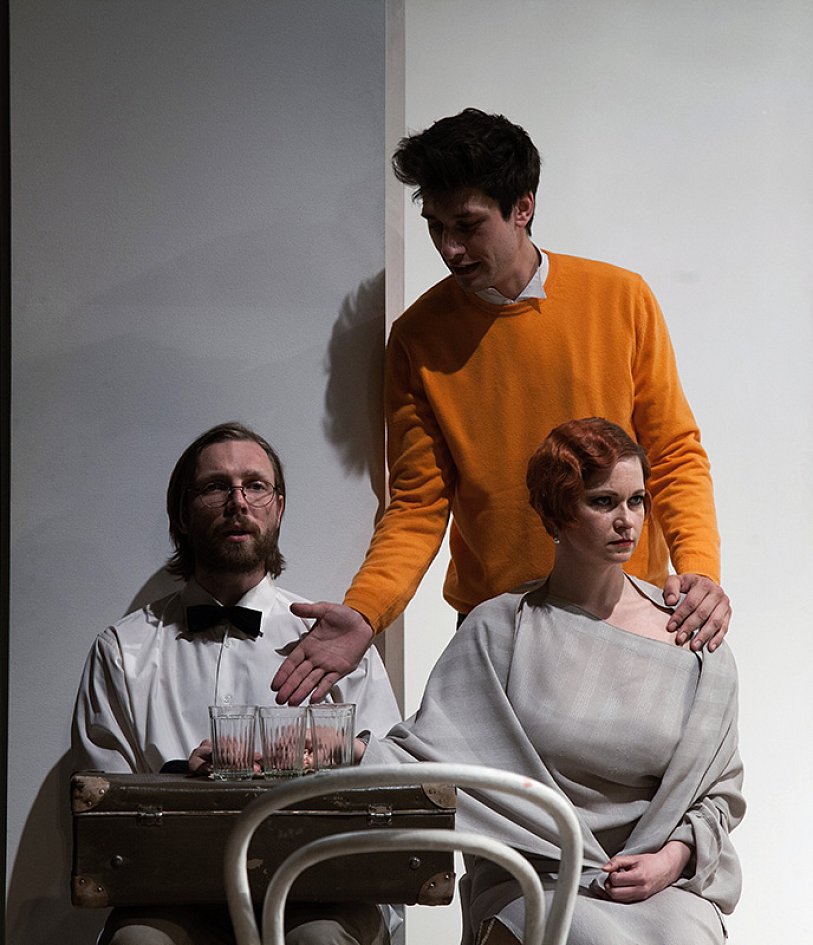 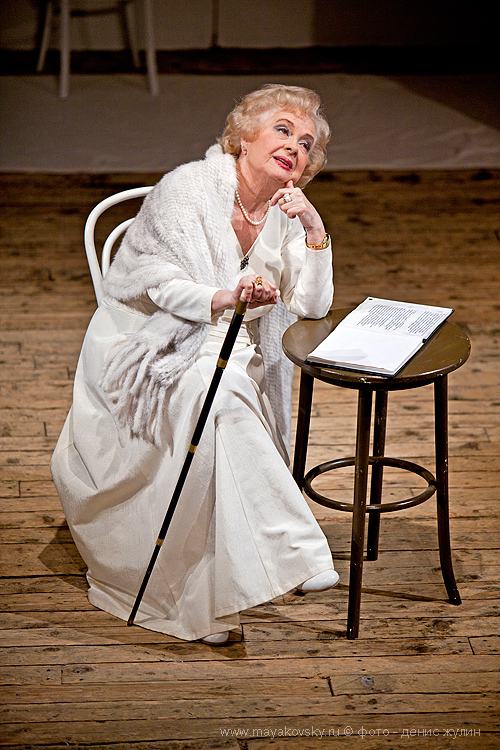 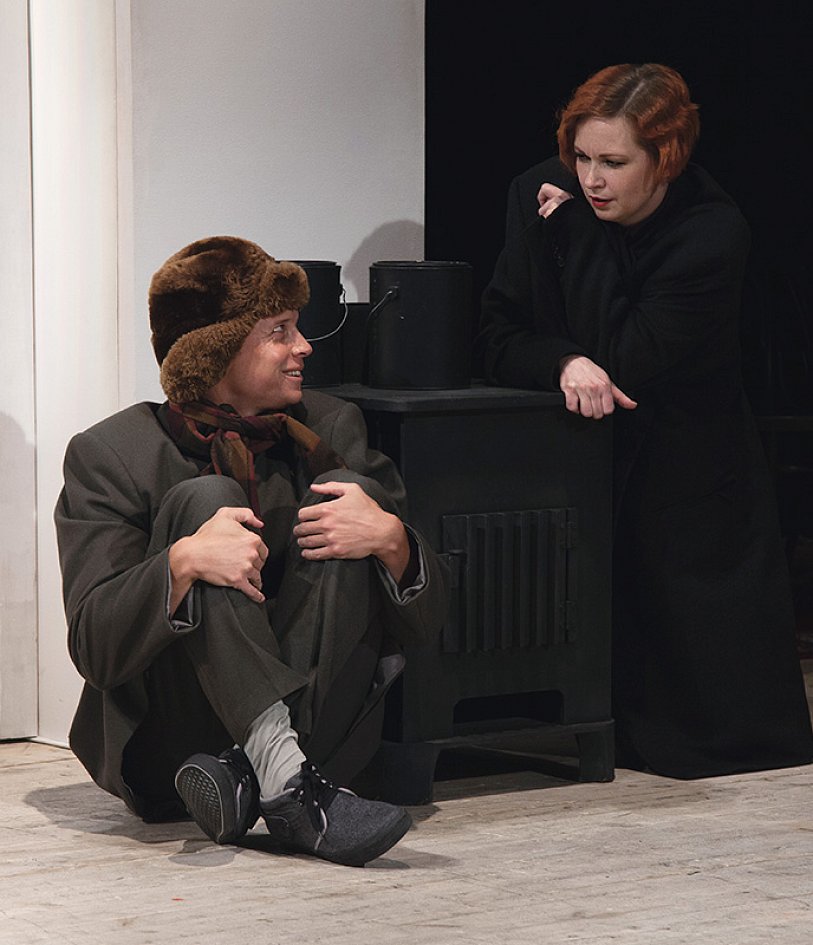 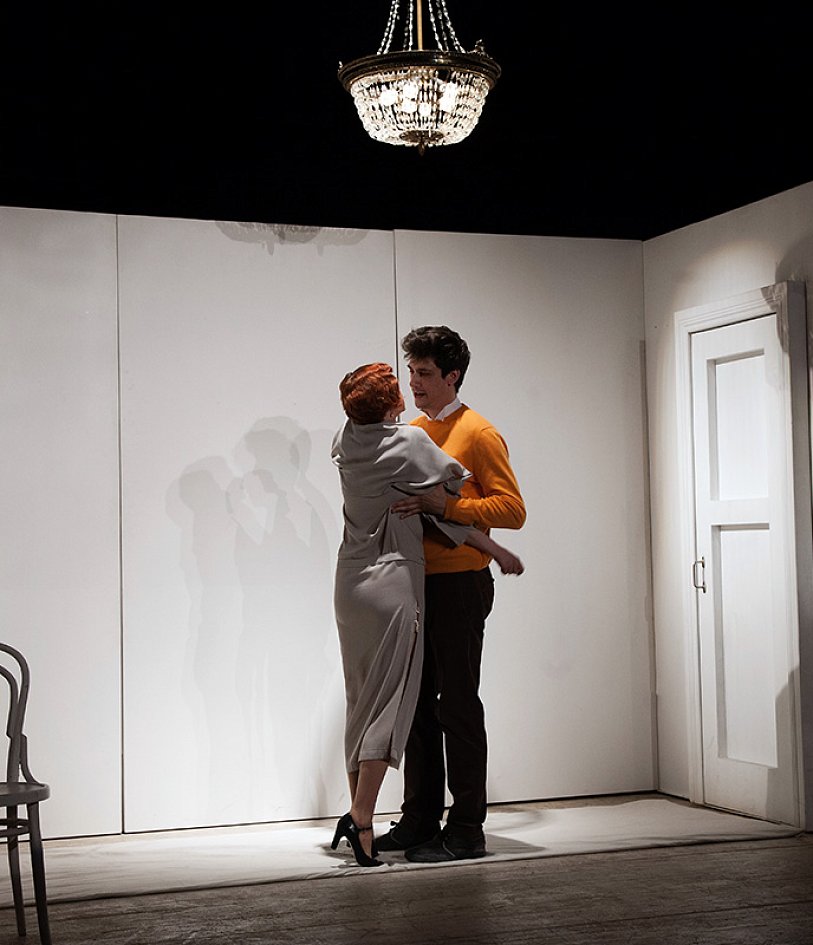 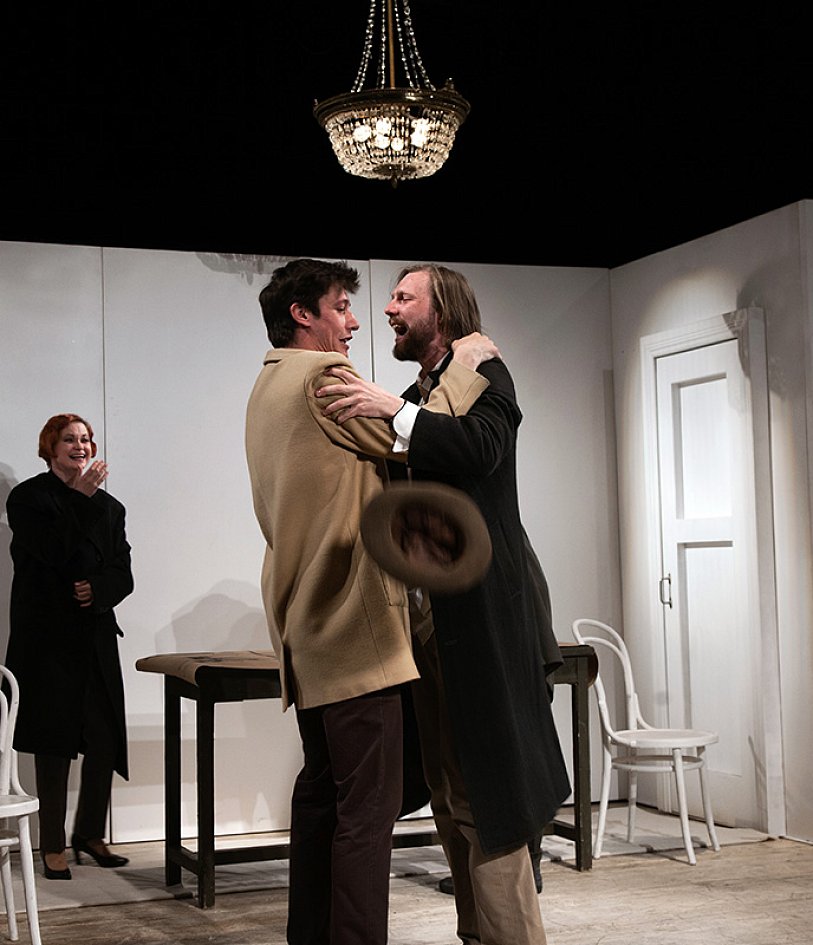 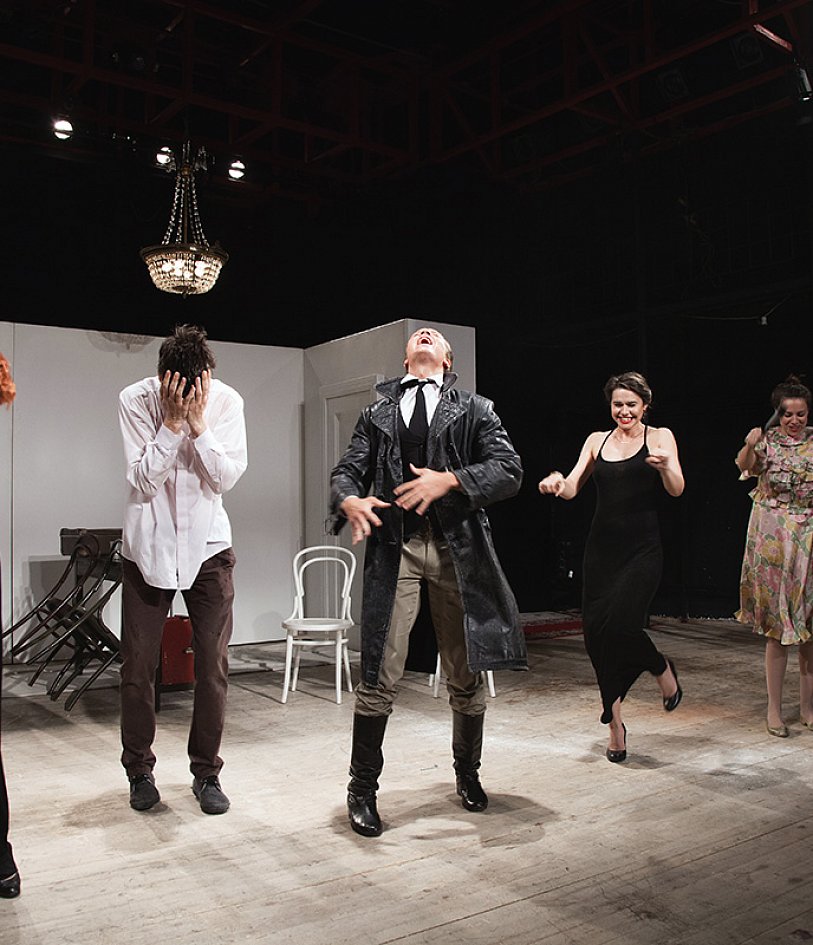 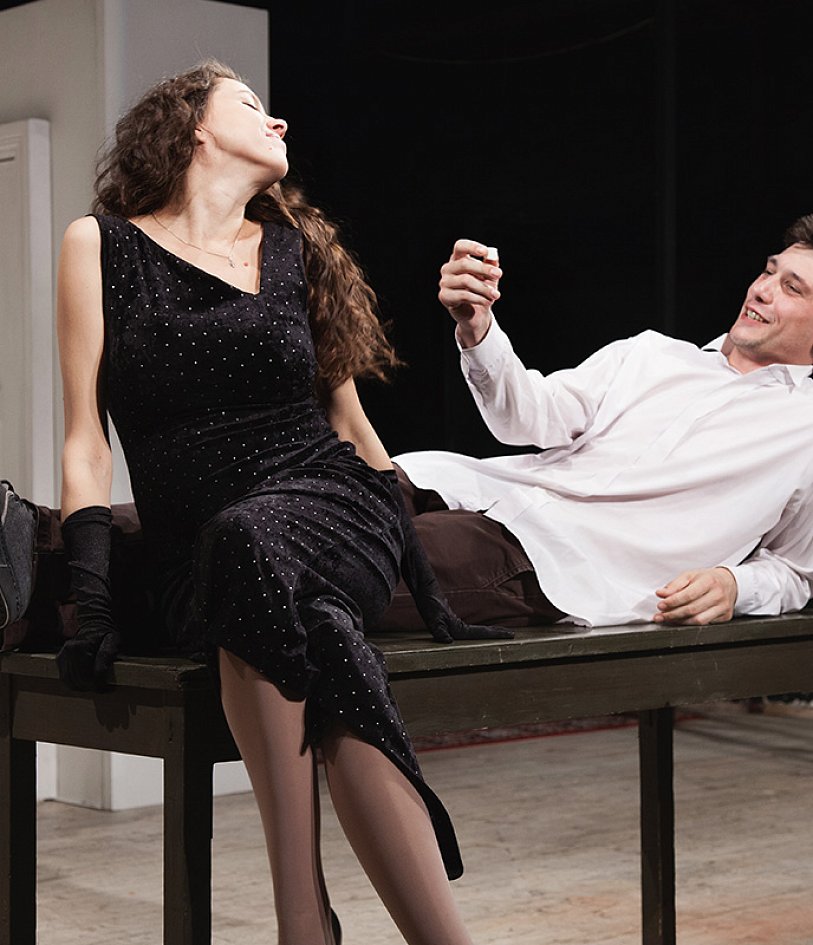 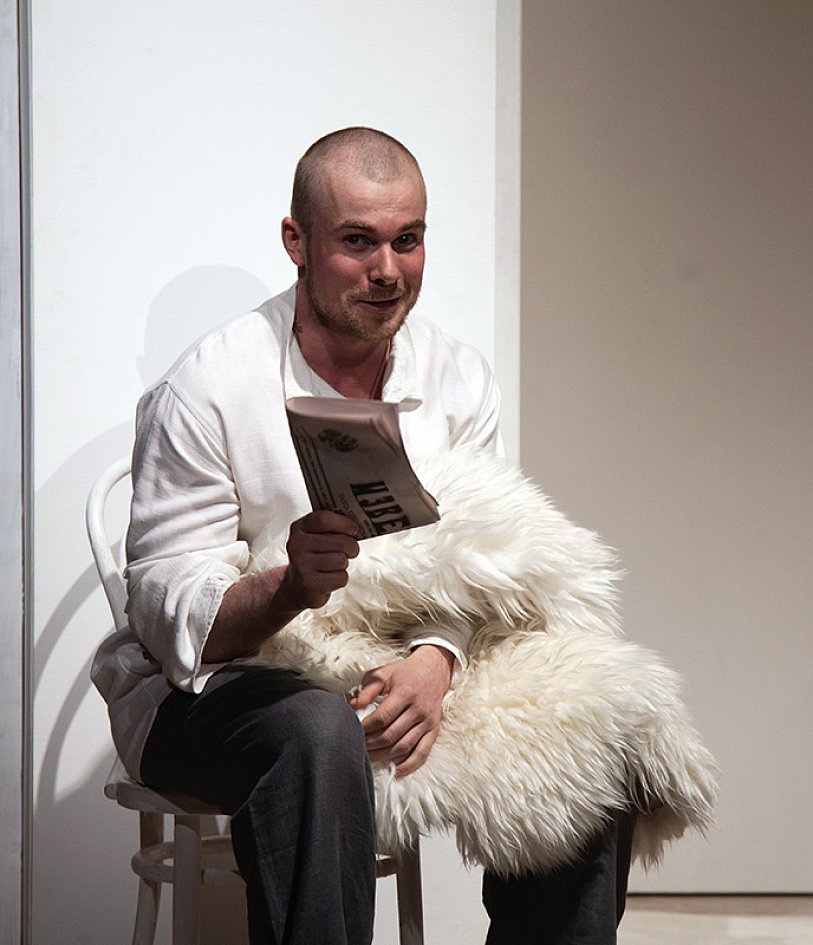 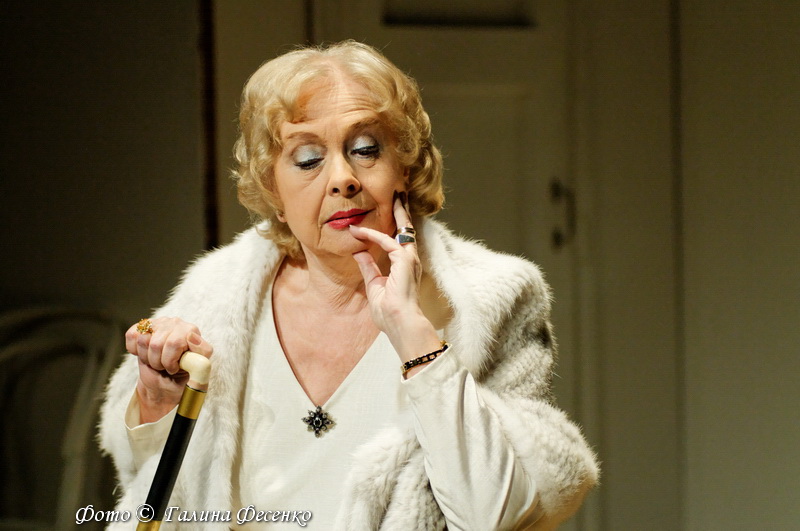 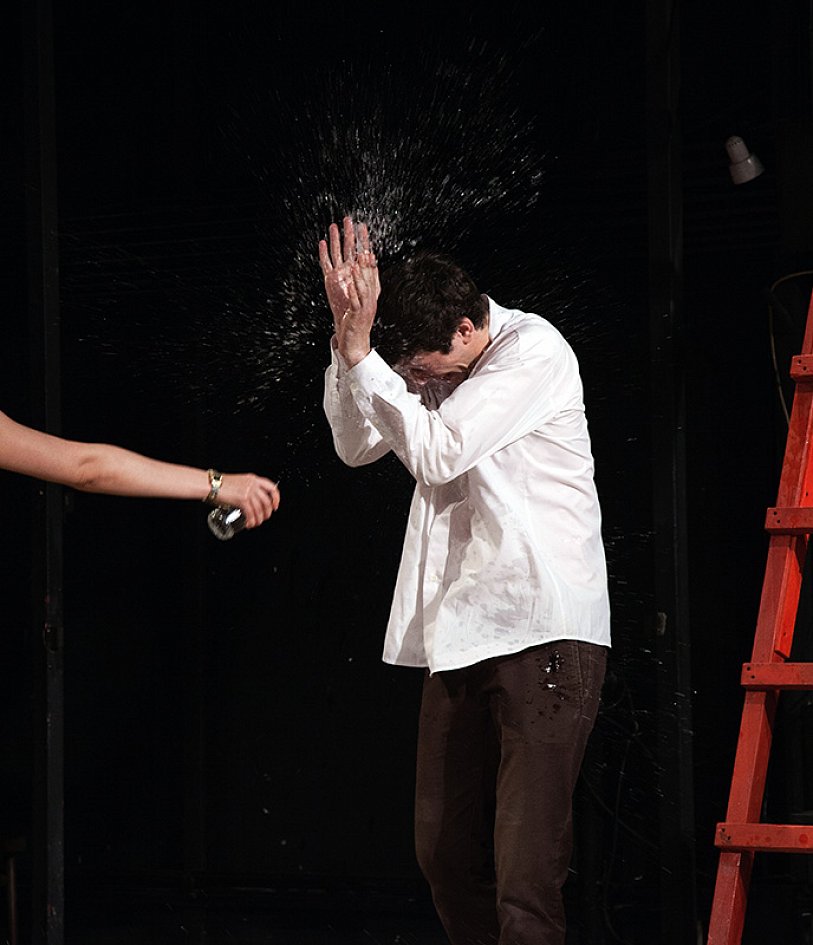 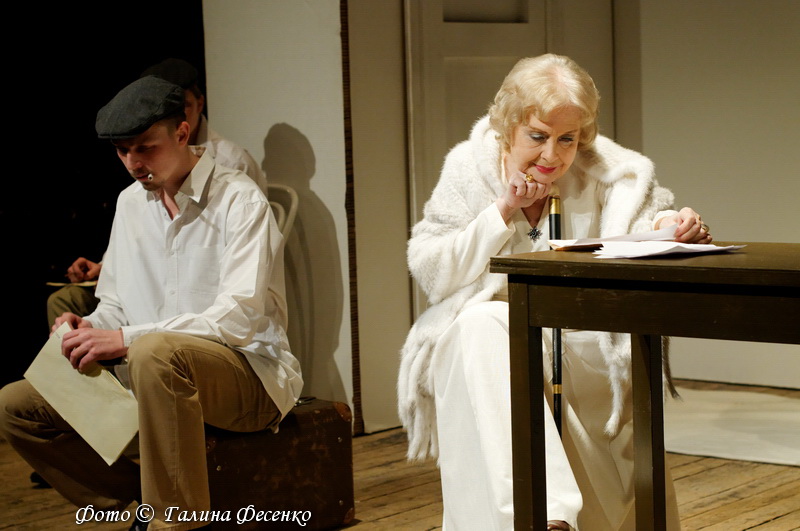 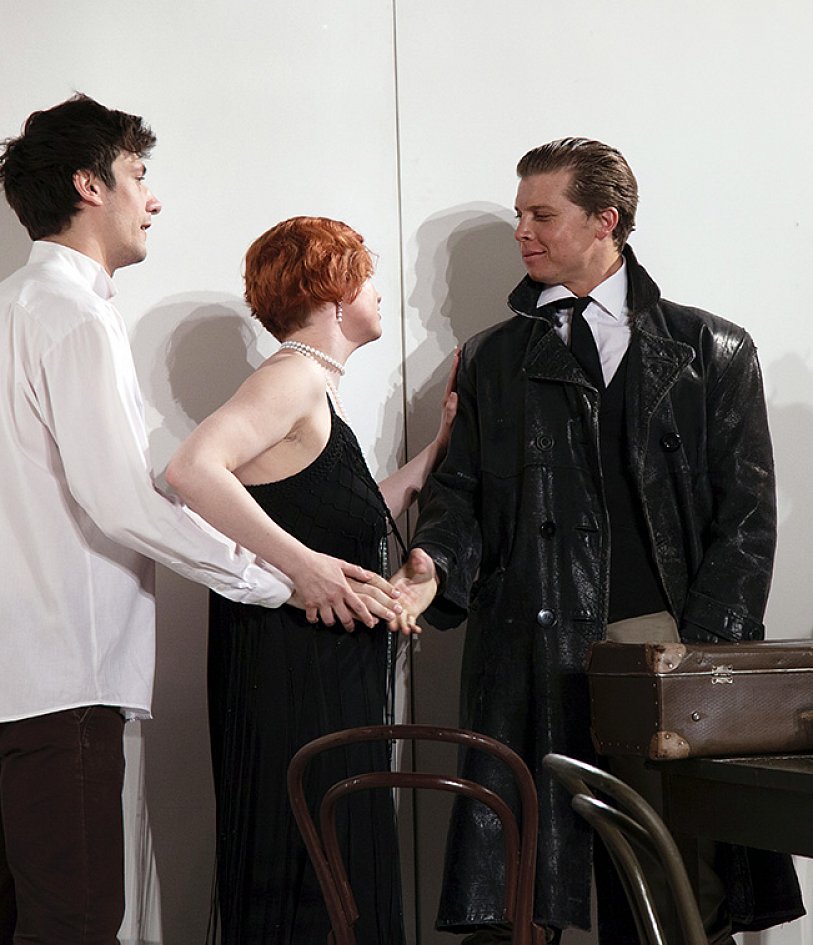 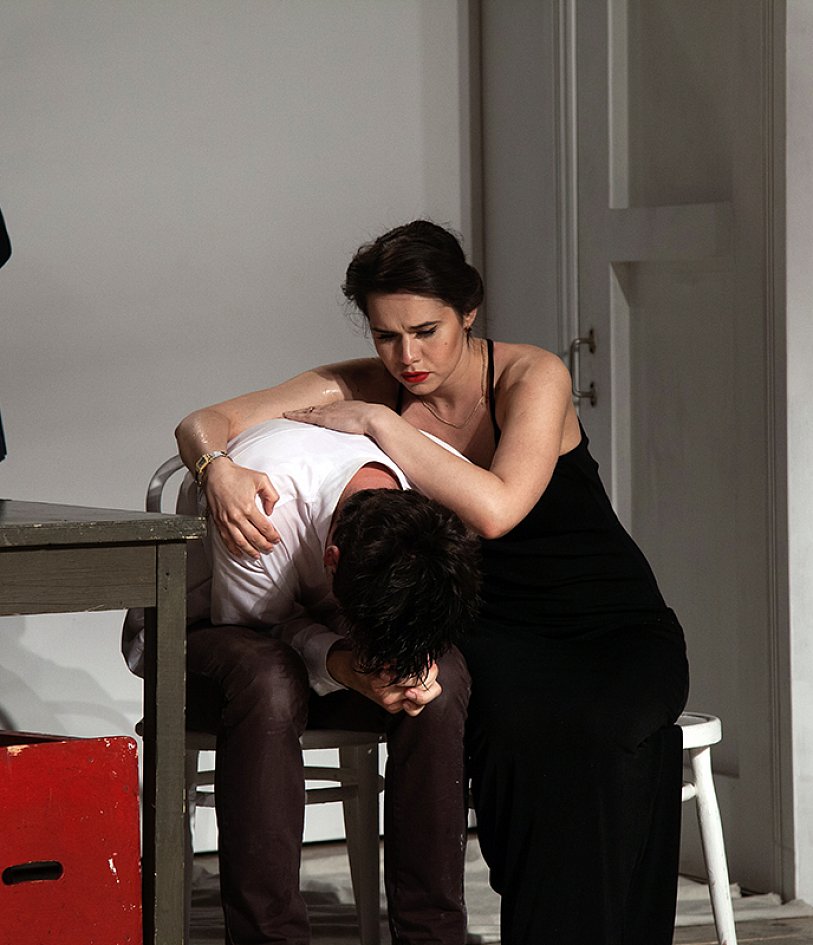 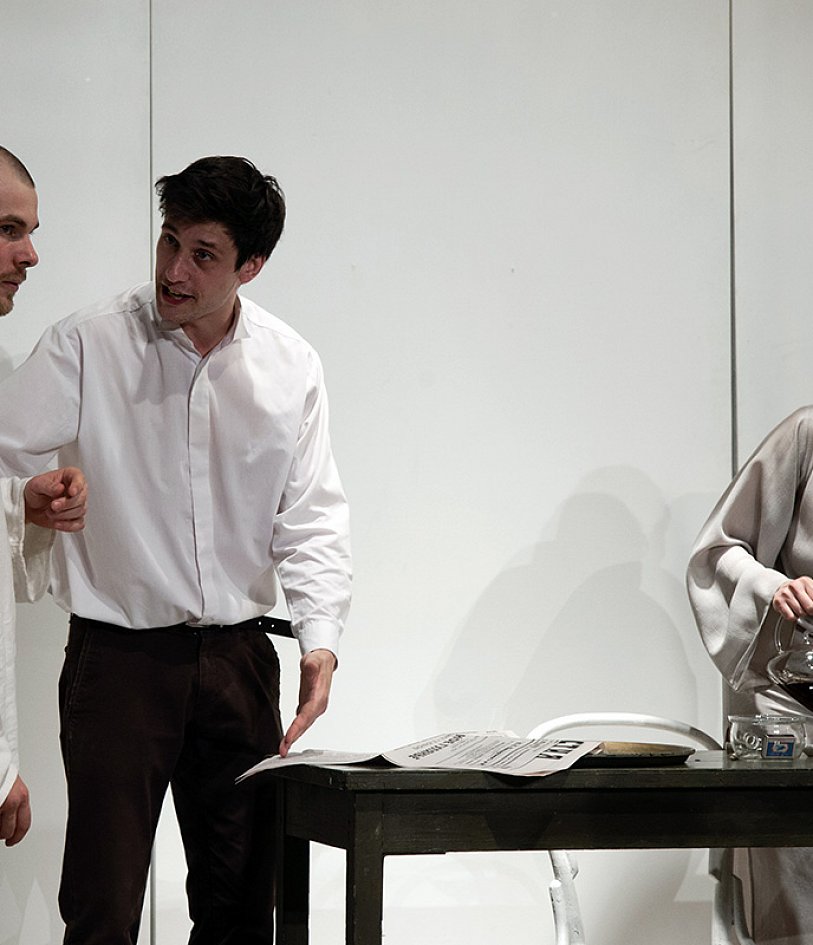 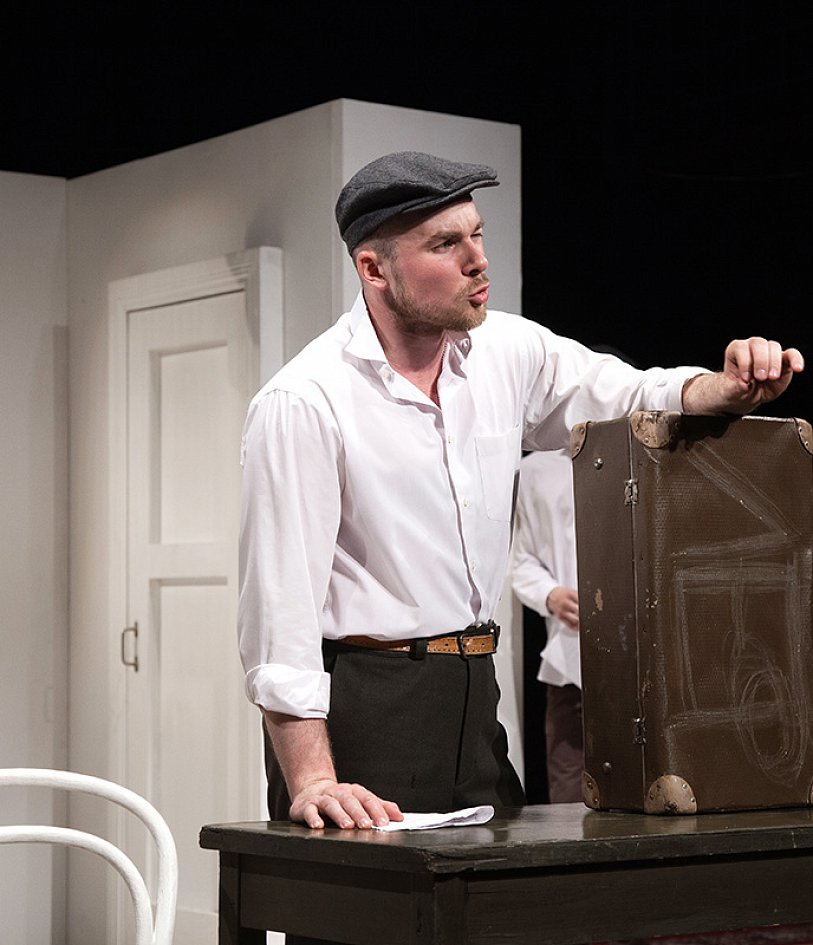 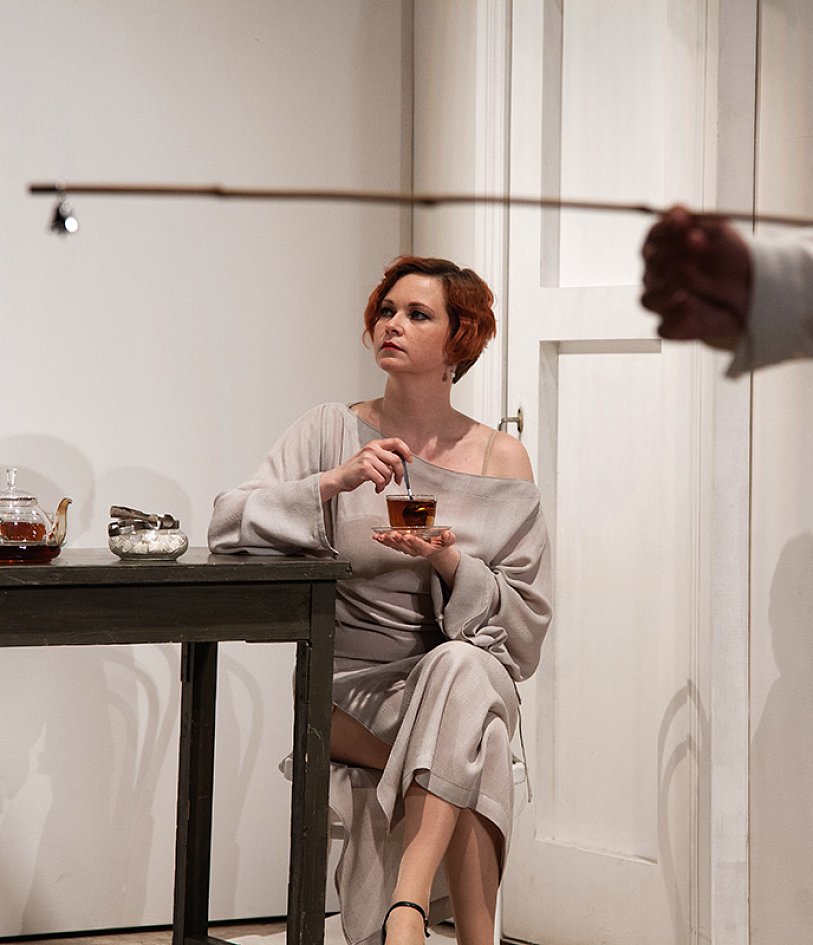 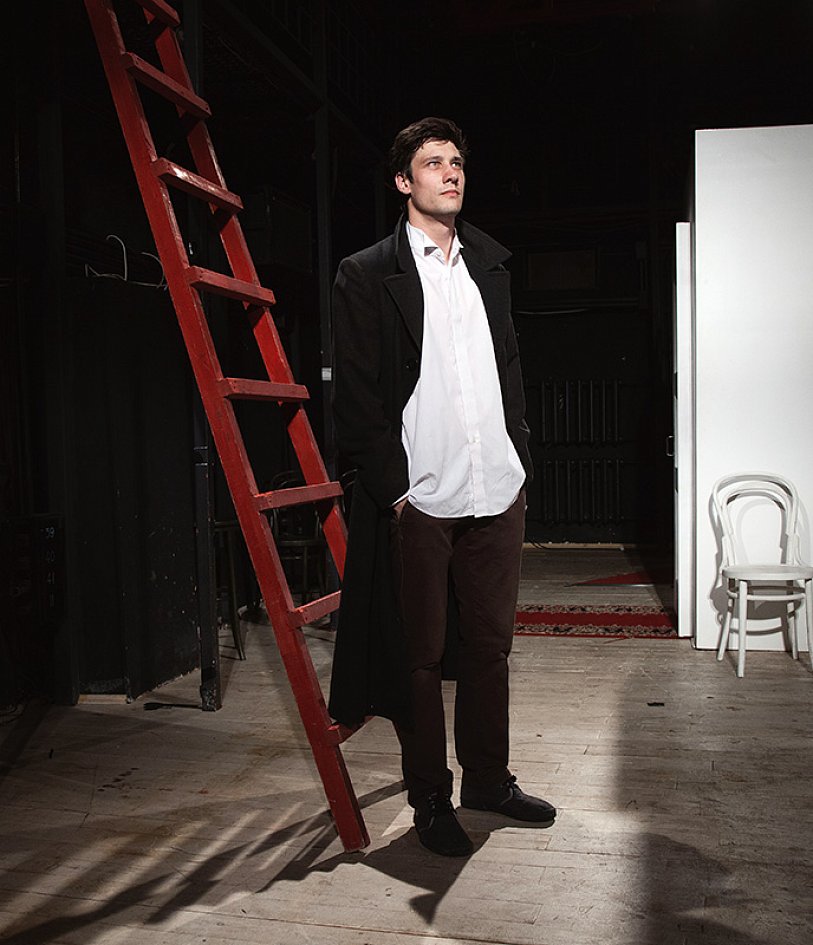 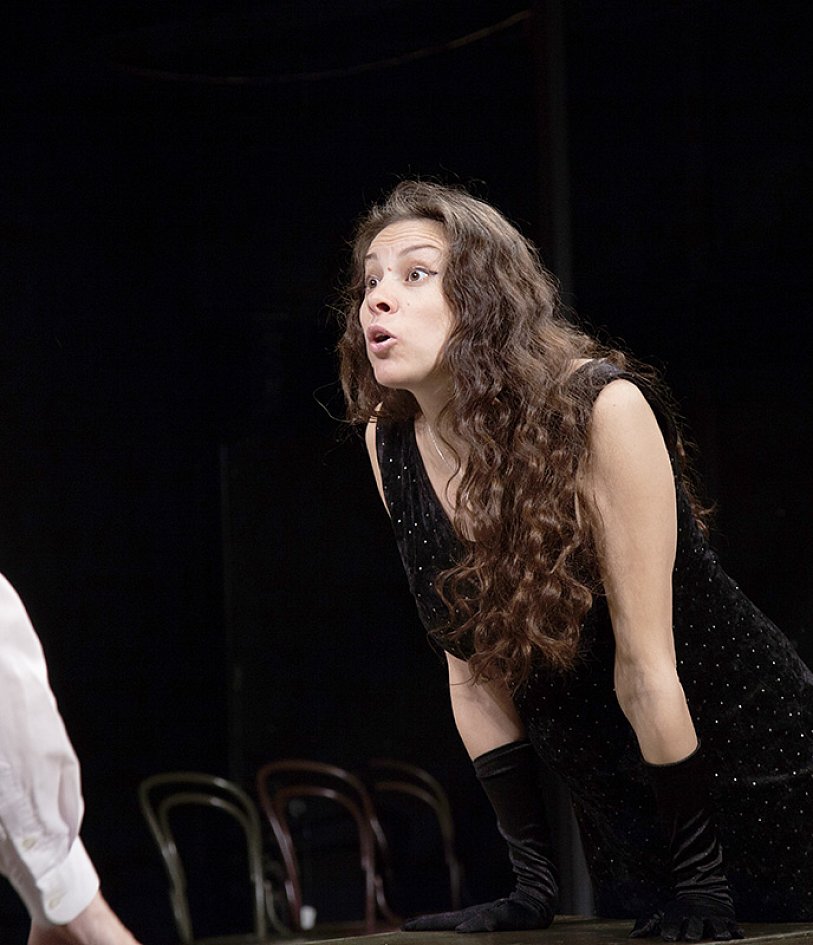 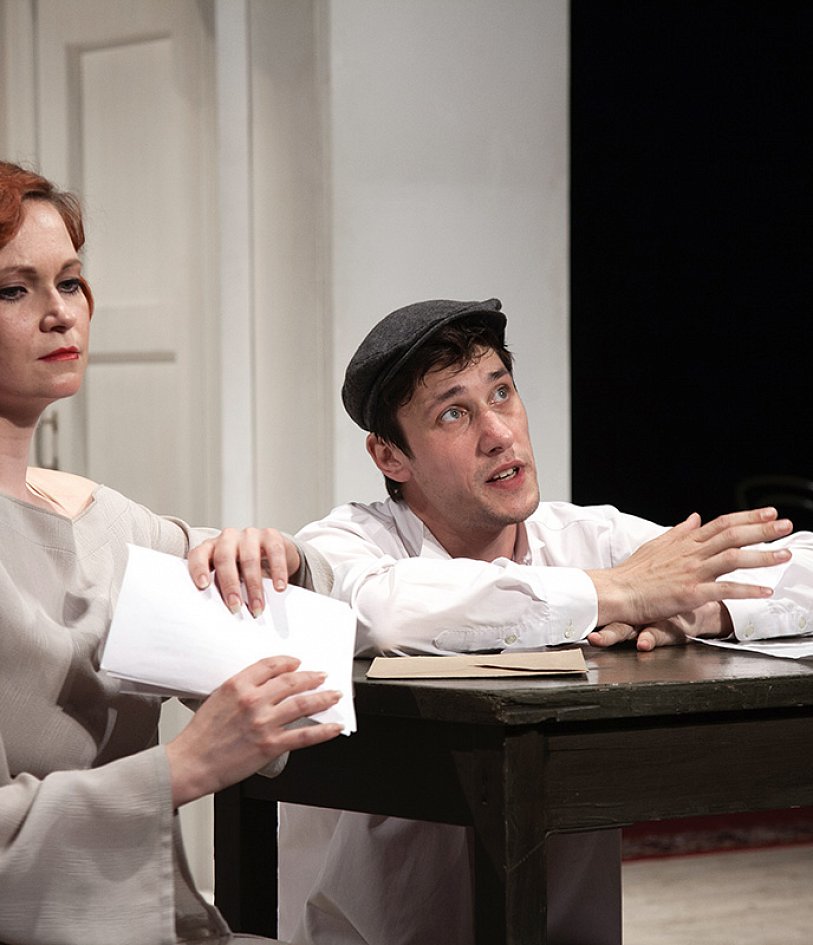 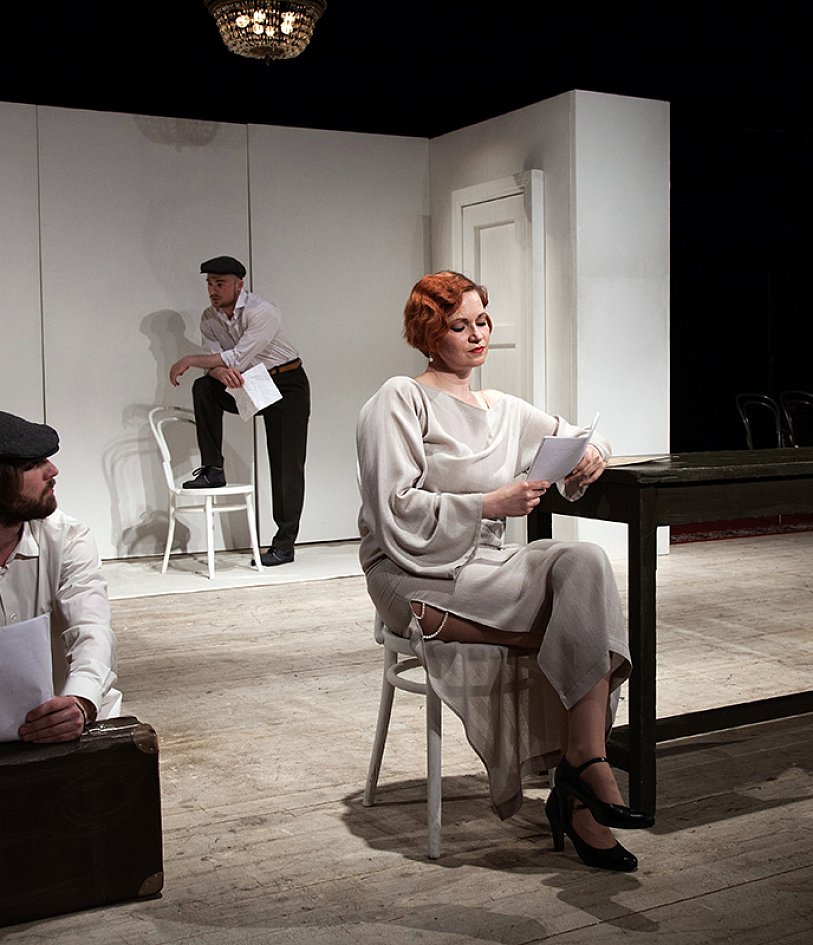 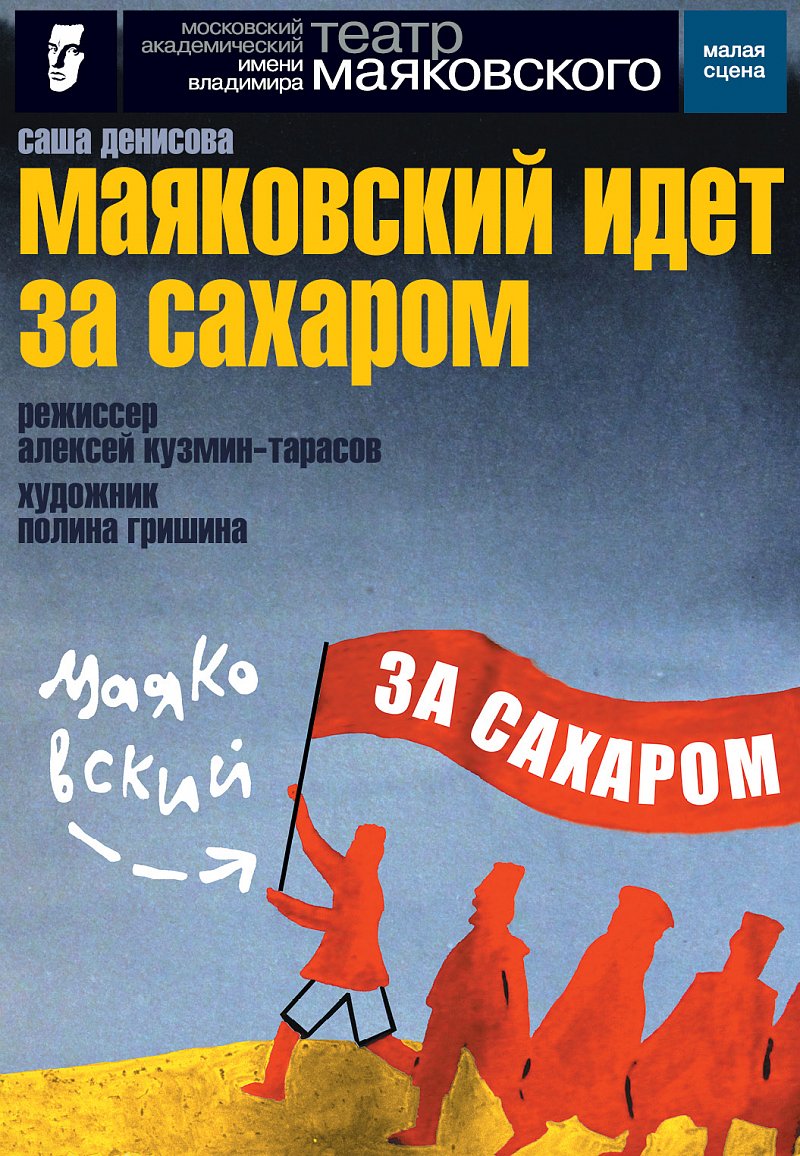 The participants of the performance try to look at the artistic world and the personality of Vladimir Mayakovsky in a new way, fr om today’s point of view. It is an attempt to examine “live”, without the respectful distance but with incredible attention how the artist existed in the atmosphere of 1910 – 1920s. How the one that we consider a classic lived, loved, gained poetical power, how his biography crossed the biographies of other cultural figures of that period: Chukovsky, Khlebnikov, Shklovsky, Bulgakov, Pasternak, how they became suddenly the creators of the world and history themselves.

1. Sugar is a form of life. Its taste. Sugar is a sweet taste of love. Sugar is something that you dream of during the war – good life. Sugar – they buy you with it. Sugar is a tool, food for thought and poetry. Sugar is when life becomes candied, it’s when everything is fine but you feel miserable. Sugar seemed to be a dream but turned out to be a little sugar cube you went for, and maybe in vain. Sugar is desires, fame, power. Sugar is a person himself. People around are eating it. Holding a lump of it in the mouth and stirring it. Sugar is life and it has finished.

2. The play Mayakovsky Goes For Sugar was written as it was progressing. The playwright is writing the play and brings the scenes one by one to the rehearsals, while the director and the actors go feeling the facts of the poet’s biography and living Mayakovsky’s life all over again – scene after scene. They get to know the characters, understand and feel them. Before the play was finished nobody knew what event of his life would become the next scene. This gave the feeling of waiting, interest, excitement towards the material. The feeling of a living person. We were weighing what was important in our story and in Mayakovsky’s life. It was important: not to know before, just like in life. We were trying to follow the truth – of characters, of circumstances and our truth, the truth of today’s people at the same time.

3. The performance Mayakovsky Goes For Sugar is an attempt to show Mayakovsky through the eyes of young people. “He was fooling around and we are fooling around; he was writing poems and we are staging plays; he wore a yellow cardigan and I wear a yellow beanie and my friend wears a green one,” on the characters and a young actor of the Mayakovsky Theatre says. Is he like us or completely different? – One can decide this question only by playing and his friends: Velimir Khlebnikov, Viktor Shklovsky, Boris Pasternak.

4. Time is the genuine testimonies. The part of Lilya Brik who recalls Mayakovsky with the benefit of hindsight is played by the People’s Artist of Russia Galina Anisimova.

5. There are two Lilyas in the performance: one of them is the period of time, the life spent, the experience, the depth. The other one has still everything in front of her: meeting with the poet and just everything.

6. There are documentary monologues of the characters fr om 1920s and present-day video (Andrey Stadnikov) in the performance.

7. The director Meyerhold who used to stage Mayakovsky’s plays says in the play: we have to escape from the existence within one role, let all the actors play all the roles. In the play Mayakovsky Goes For Sugar transformations by Meyerhold’s precepts take place.

8. In the performance Mayakovsky Goes For Sugar the director and the playwright had been working together inseparably on the creation of the performance: just like the poet himself used to work with Meyerhold cutting down or adding the necessary scenes, communicating with actors and was called the director of the word. Because the play is born in the theatre.

9. The performance is a sequence of scenes, wh ere there are neither fictitious facts nor imaginary meetings. It is an artistic play. Everything is truth and everything is fiction here. It is our version of Mayakovsky and we consider it our truth about him.

10. Characters are not a collection of relics and volumes, but living people wearing cloth and peaked caps and hats. They like sugar: they eat it from refined sugar bowls or drag sacks of it from the battlefront.

11. Mayakovsky’s life goes by in a white box created by the set designer Polina Grishina: it represents small rooms of the 1920s and the image of the theatre, wh ere all the familiar characters from the white book pages come alive and move. Life becomes theatre and theatre must stay alive. 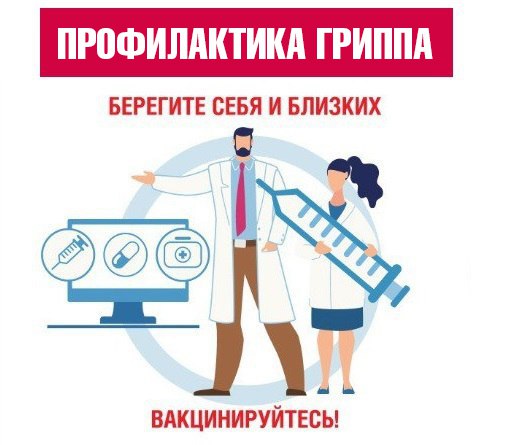