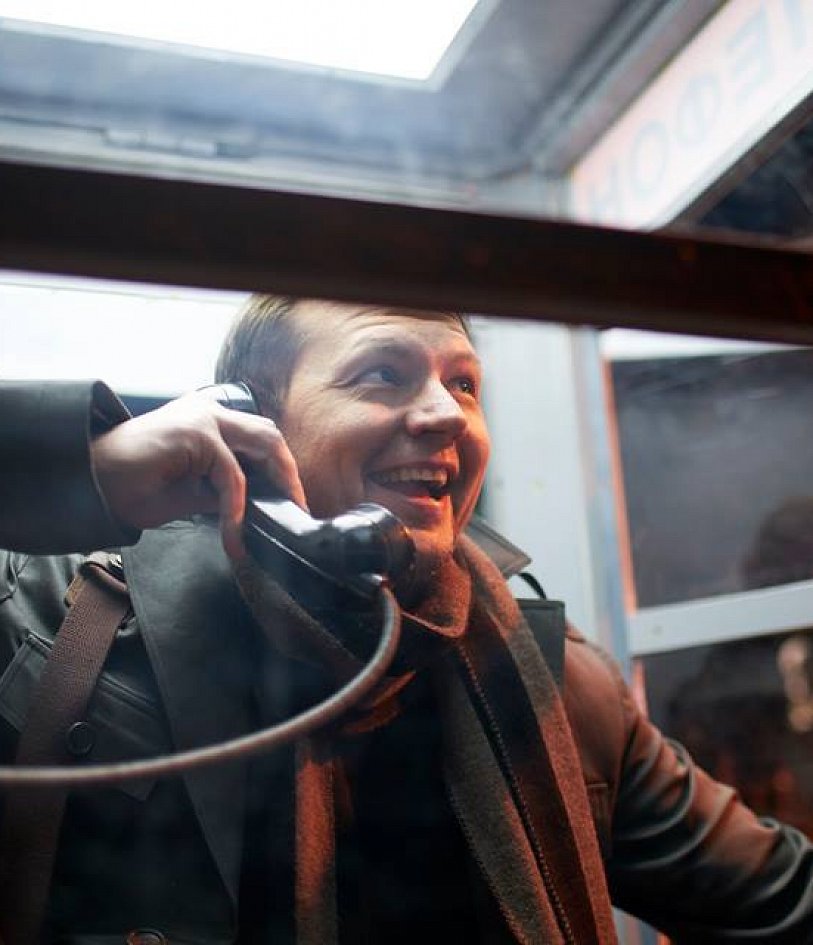 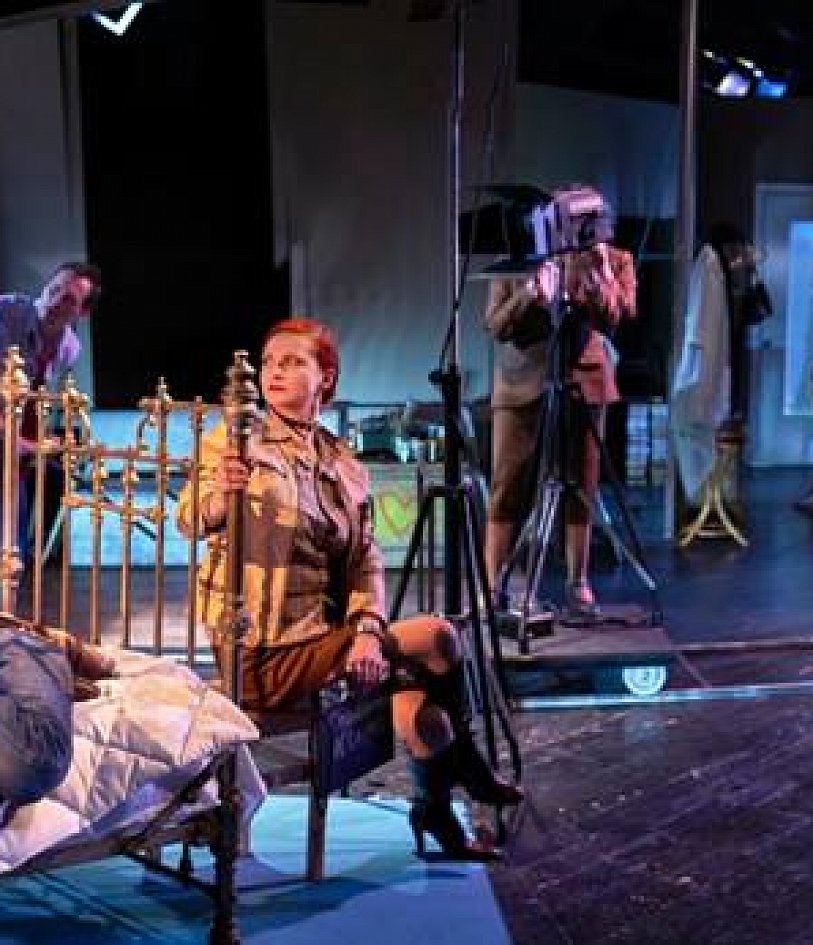 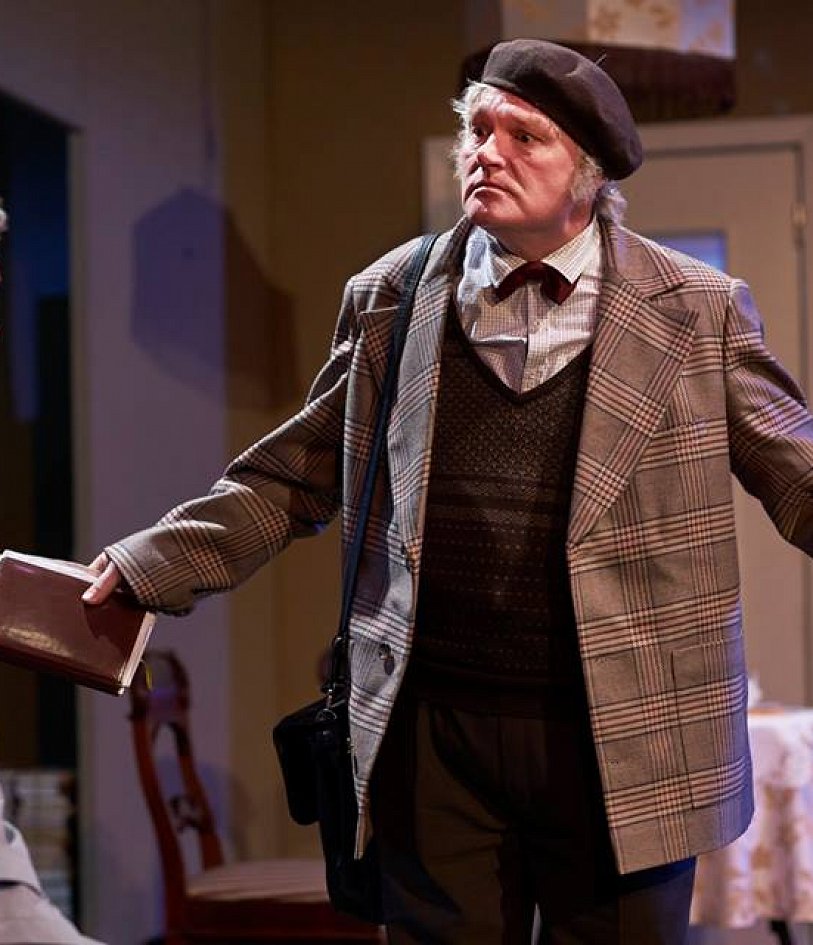 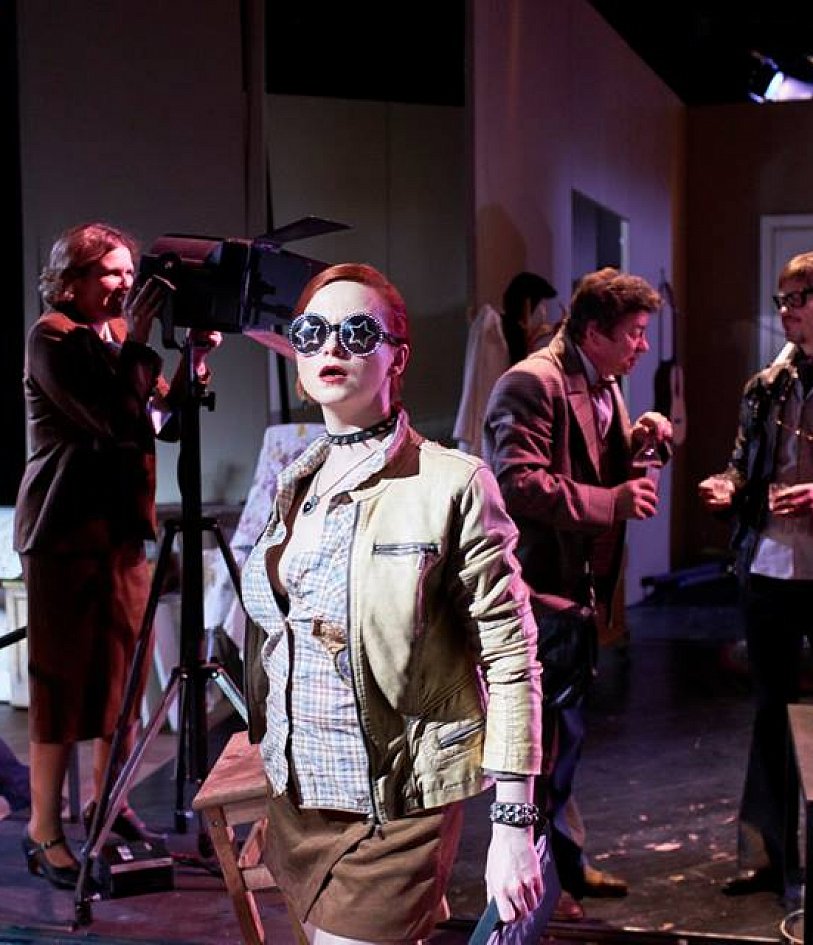 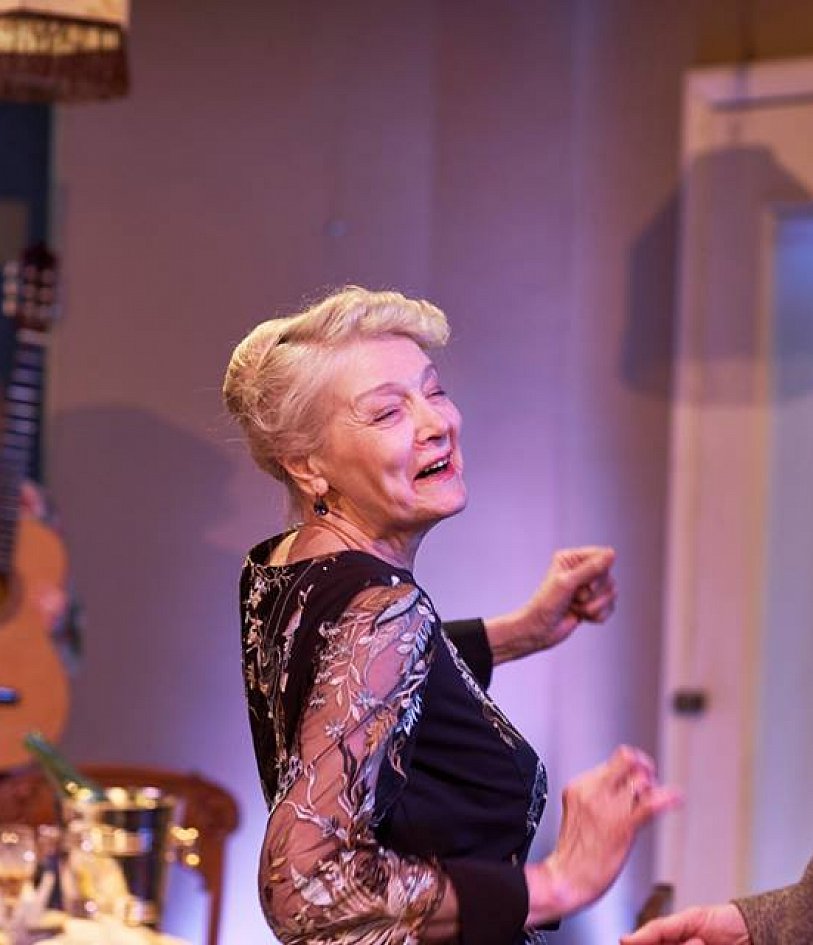 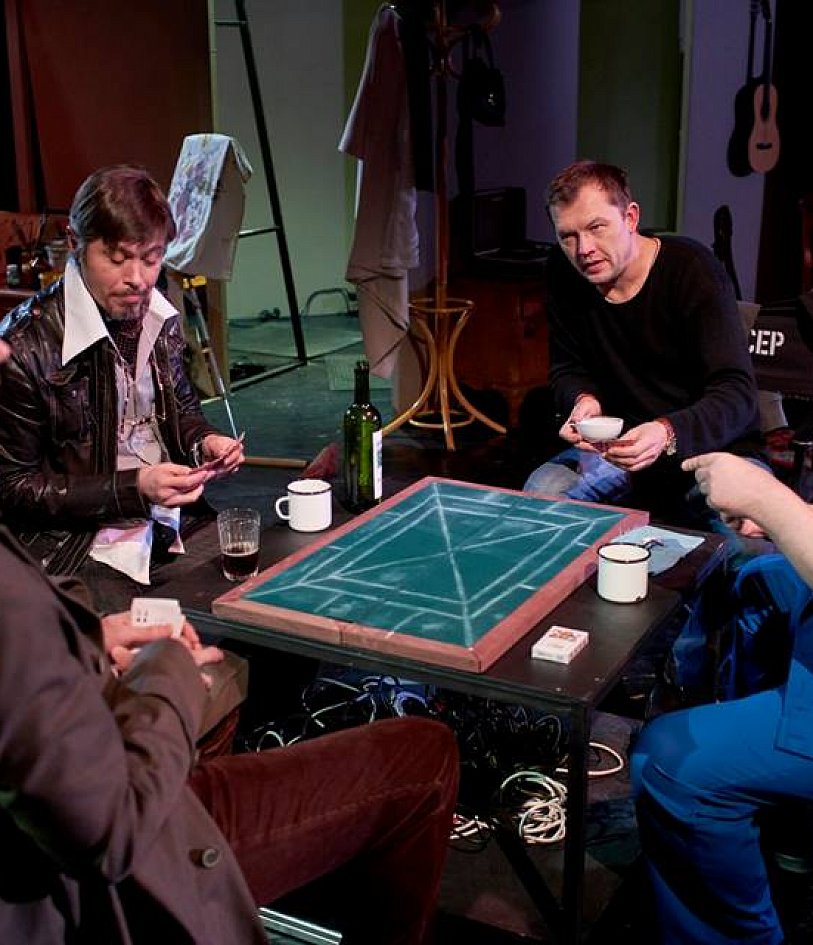 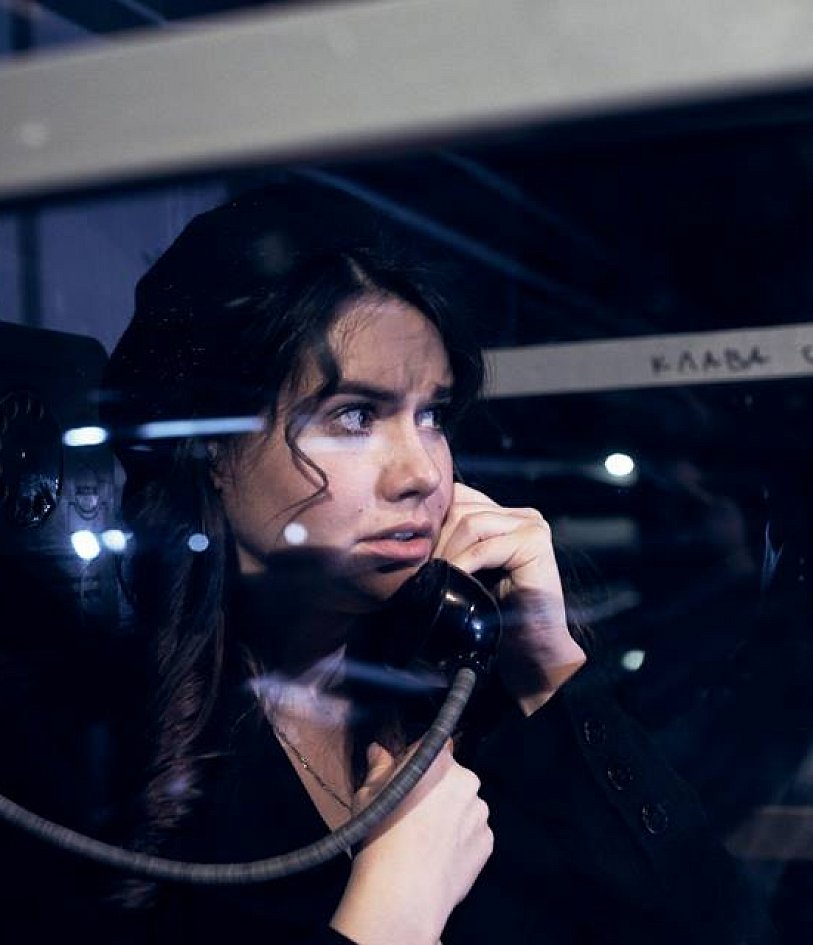 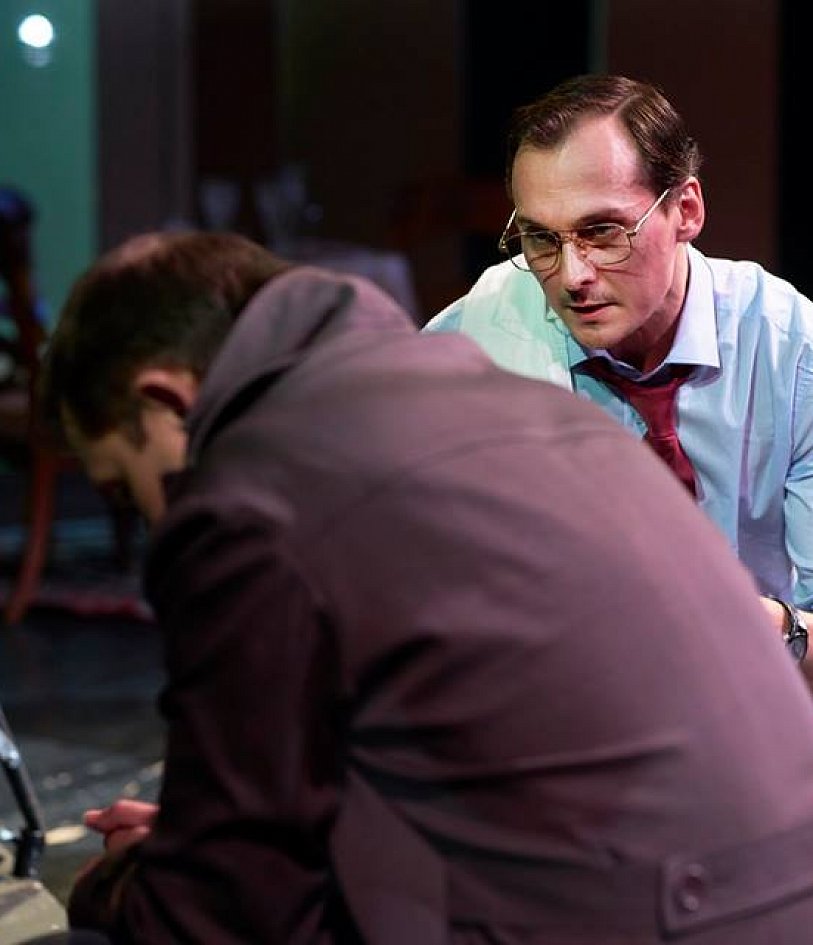 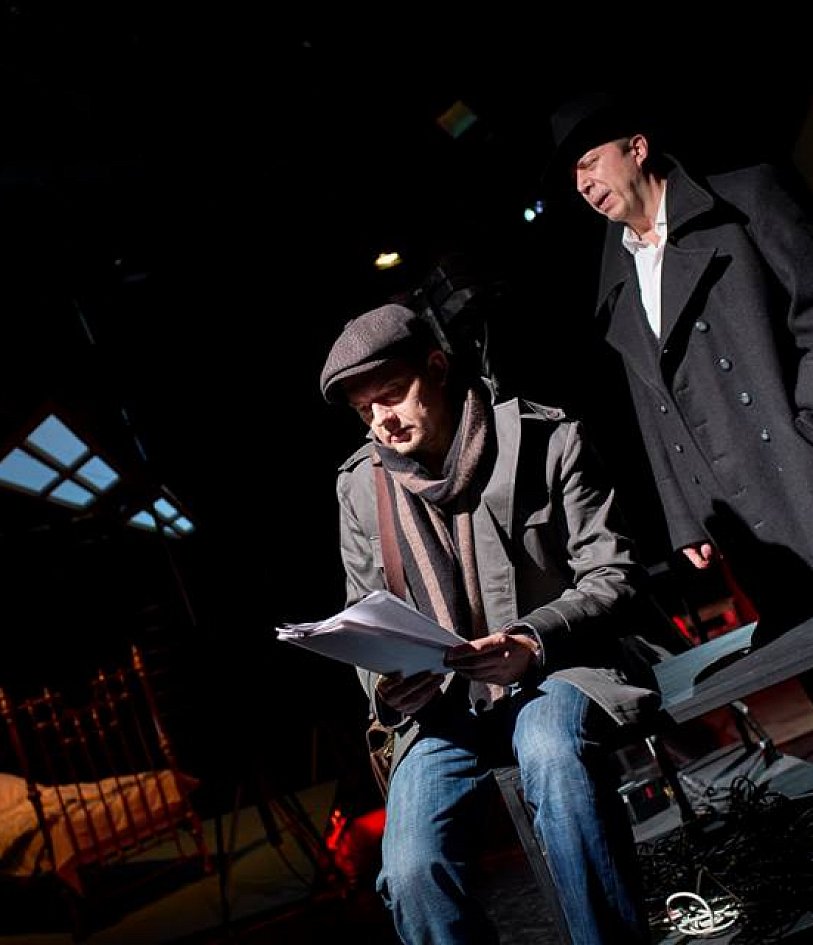 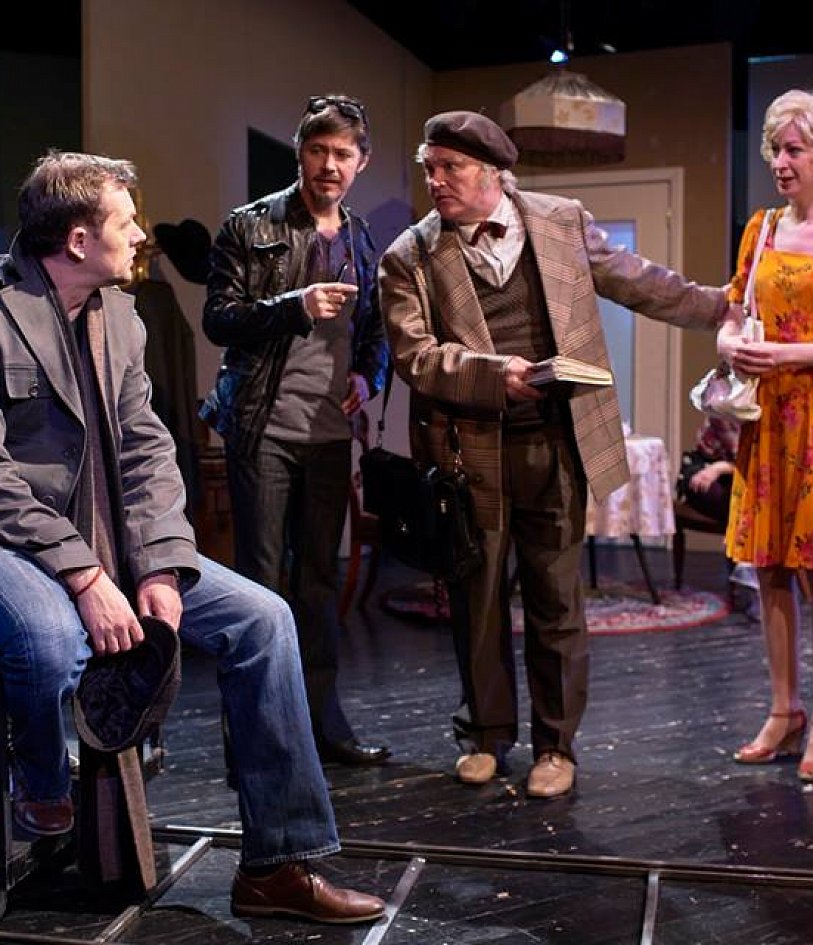 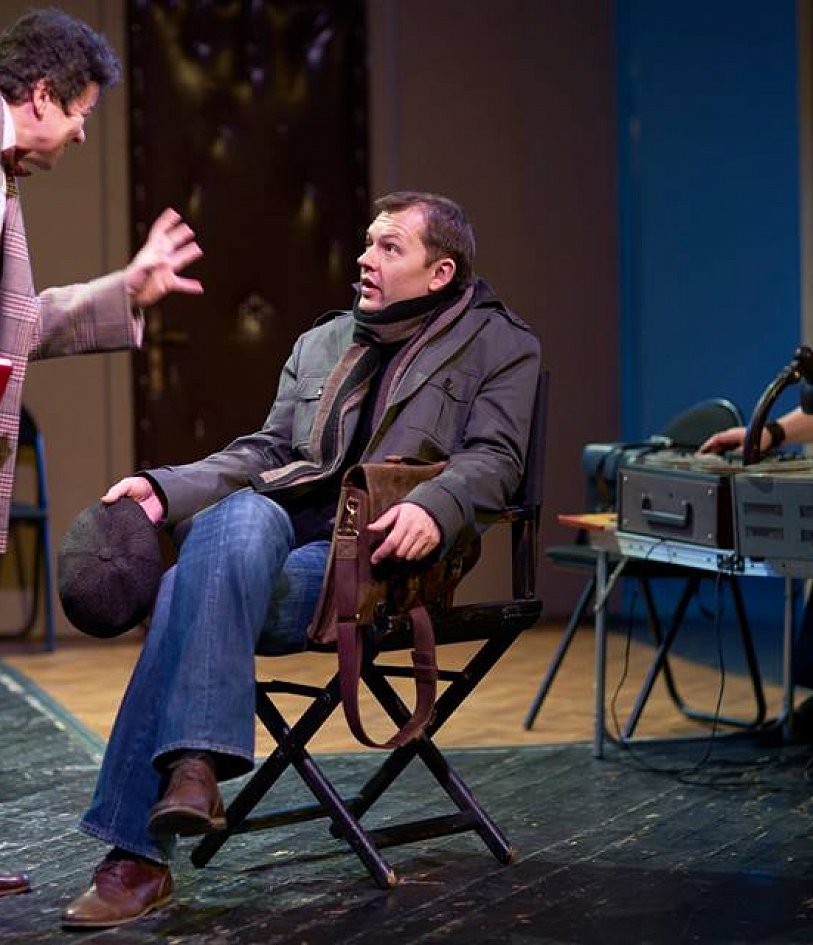 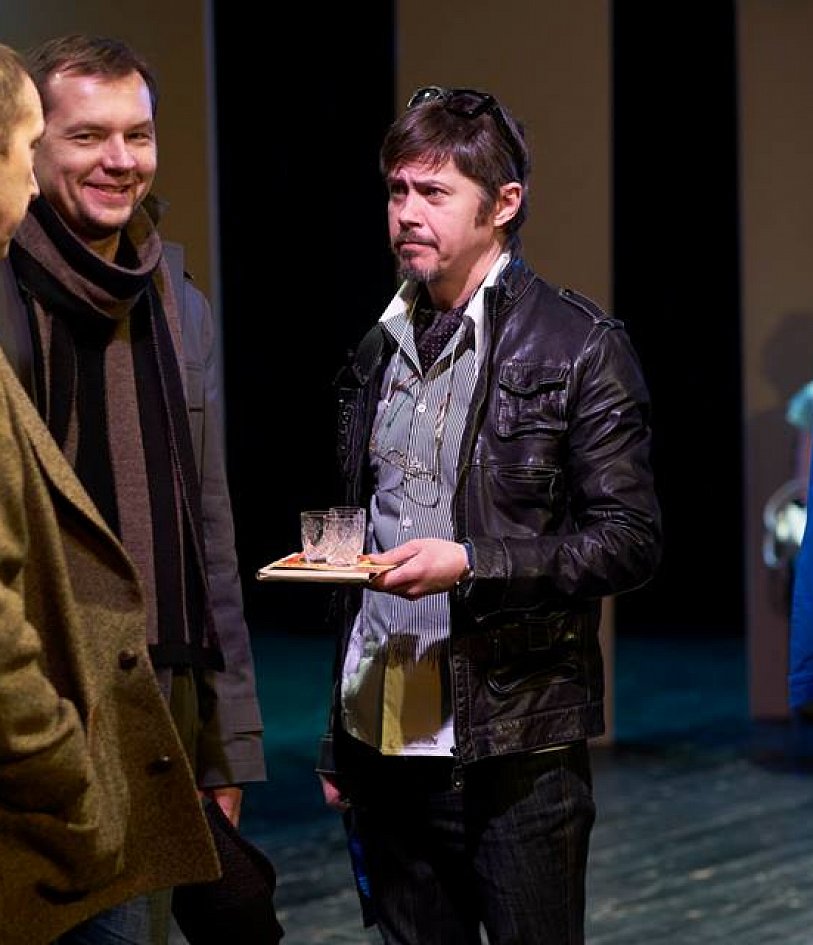 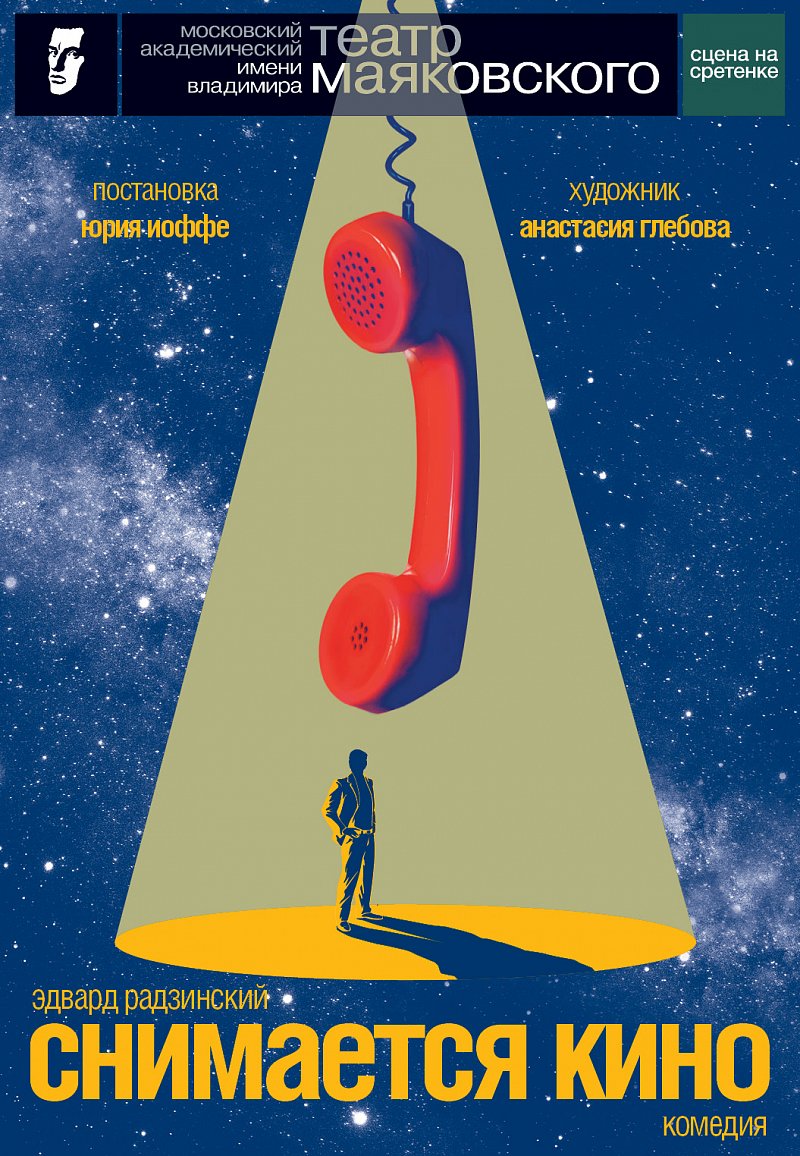 Yuriy Ioffe brings back Edwars Radzinsky` plays to the repertoire of Mayakovsky Theatre. This time it is one of early plays of famous author – “Shooting a Film” (1965).

The title itself is a pun. The profession of the director is to shoot a film. But in Russian variant of the title there is also second meaning – to forbid, to take away.

In the center of the plot there is a story about a young talented director, who tries to overcome the creativity crisis and to make an outstanding film. During the process of shooting he understands that crisis is not only in creativity, but also in his life. He realizes that the film should be on absolutely another theme…