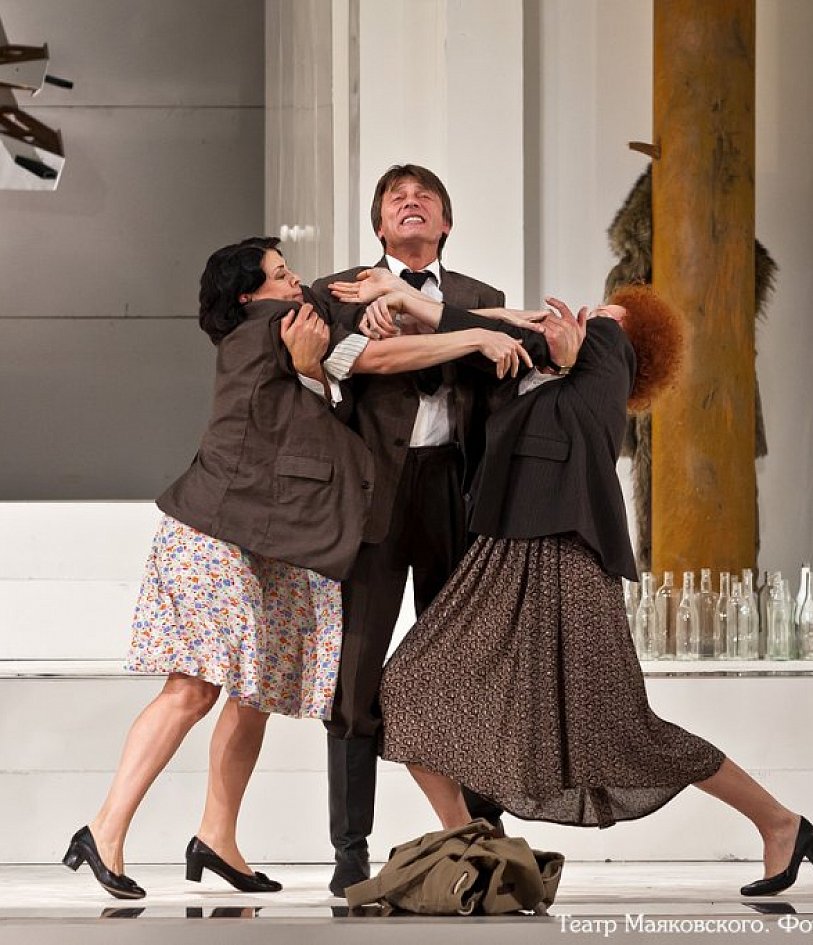 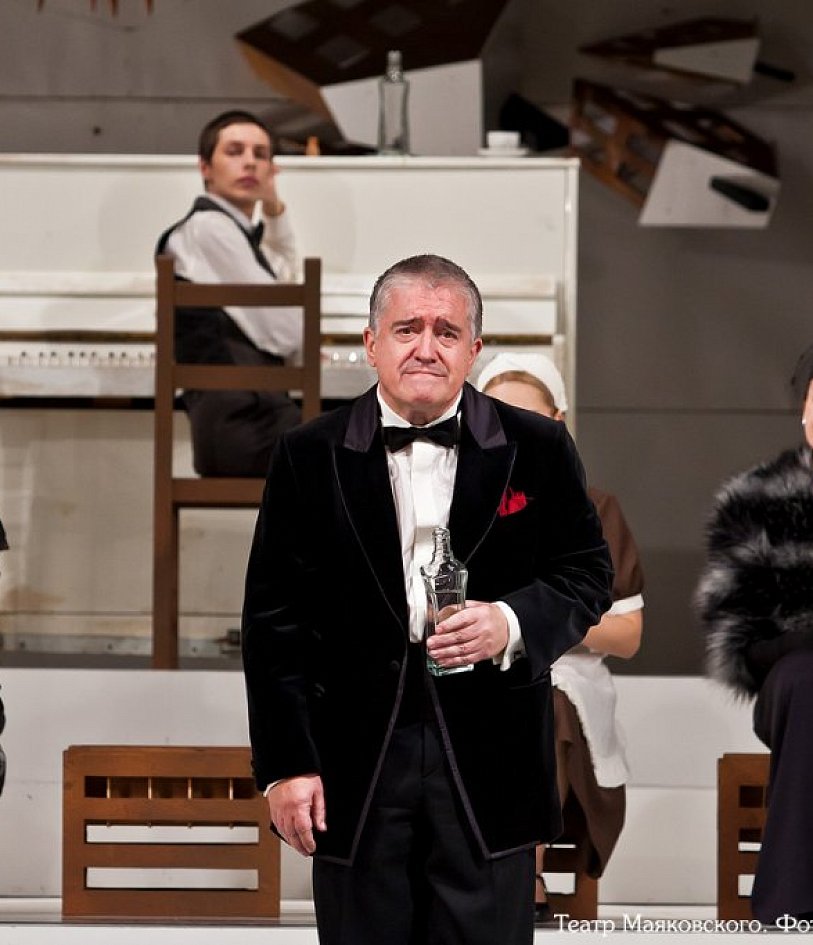 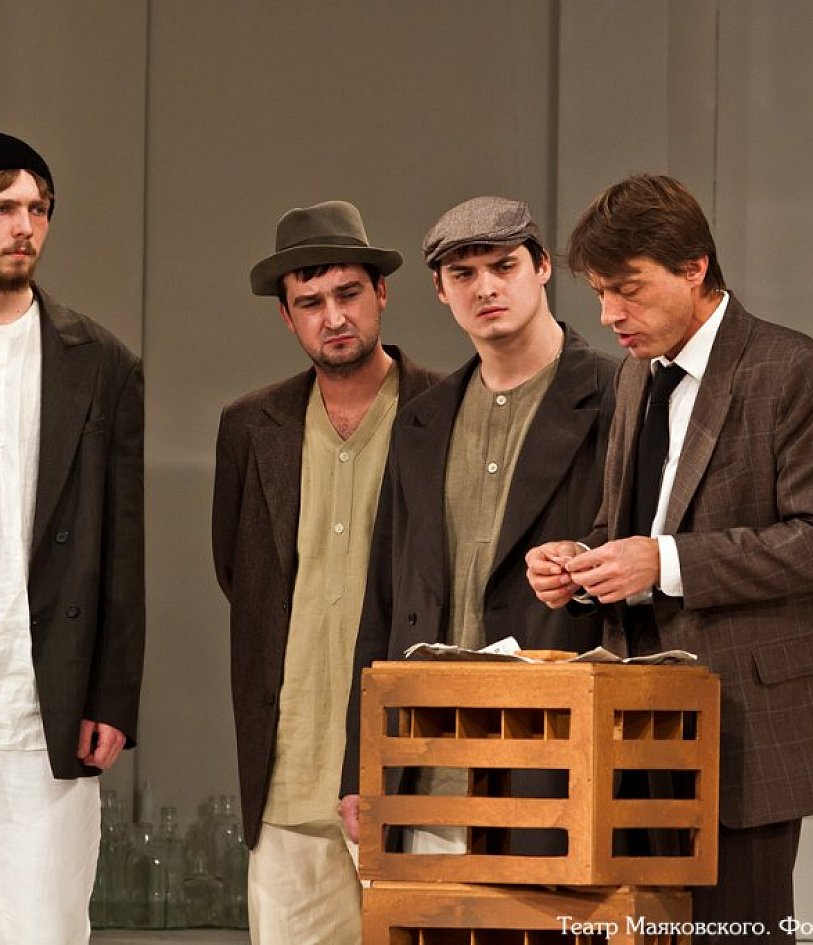 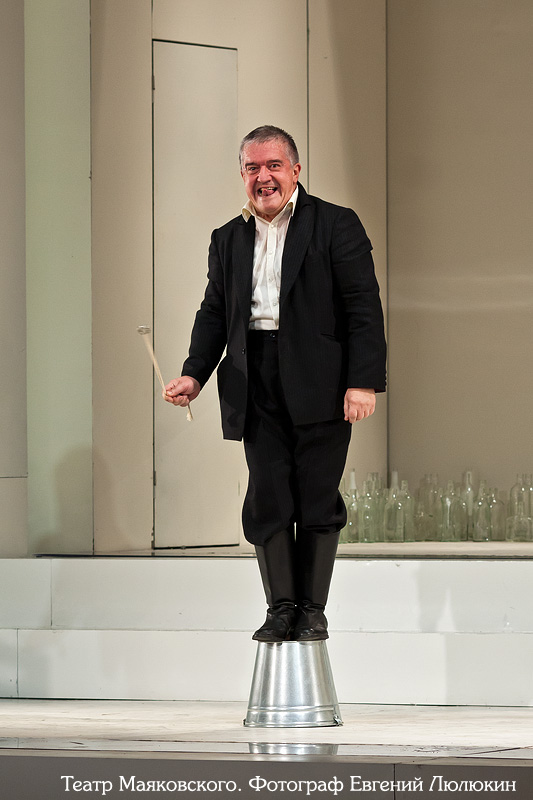 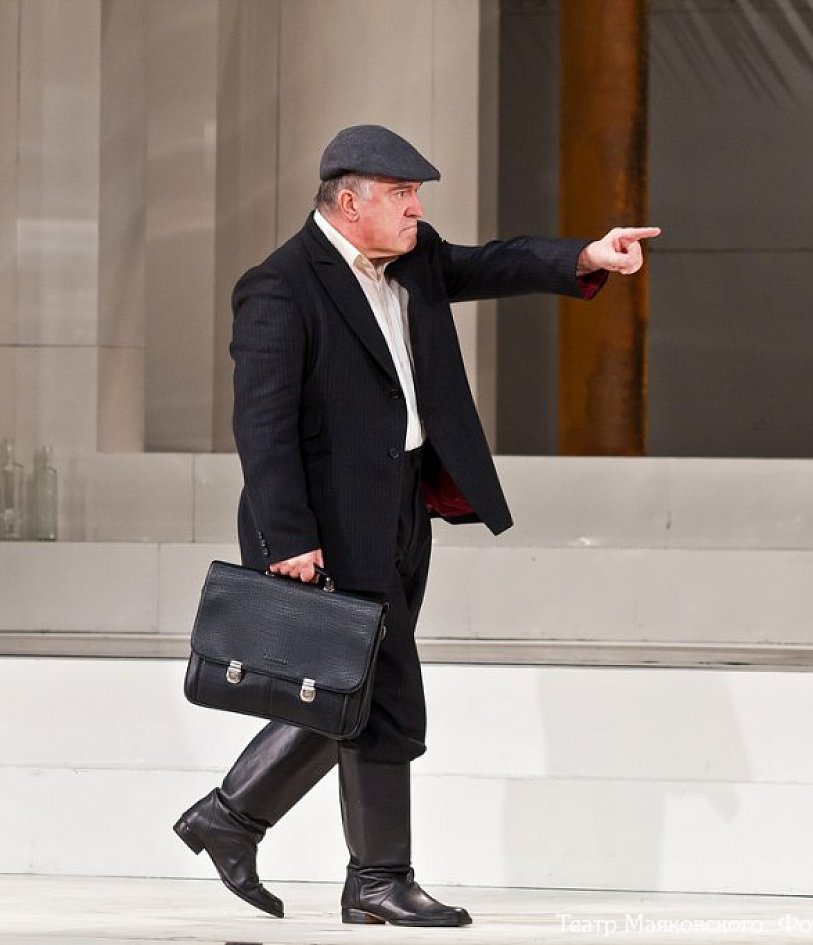 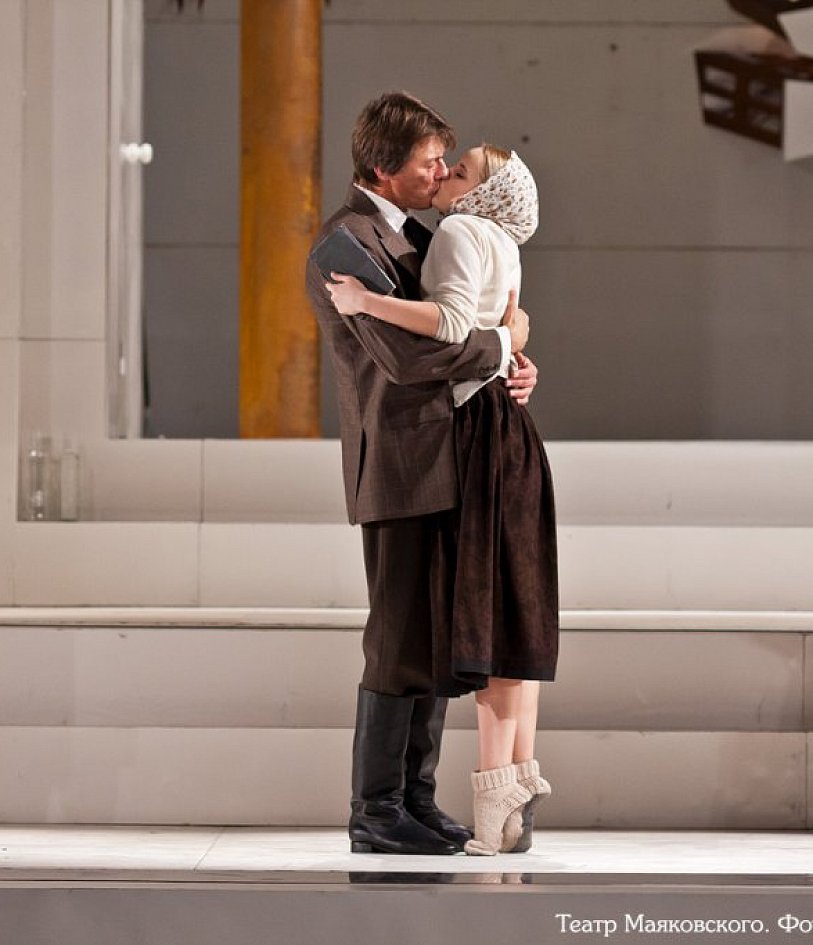 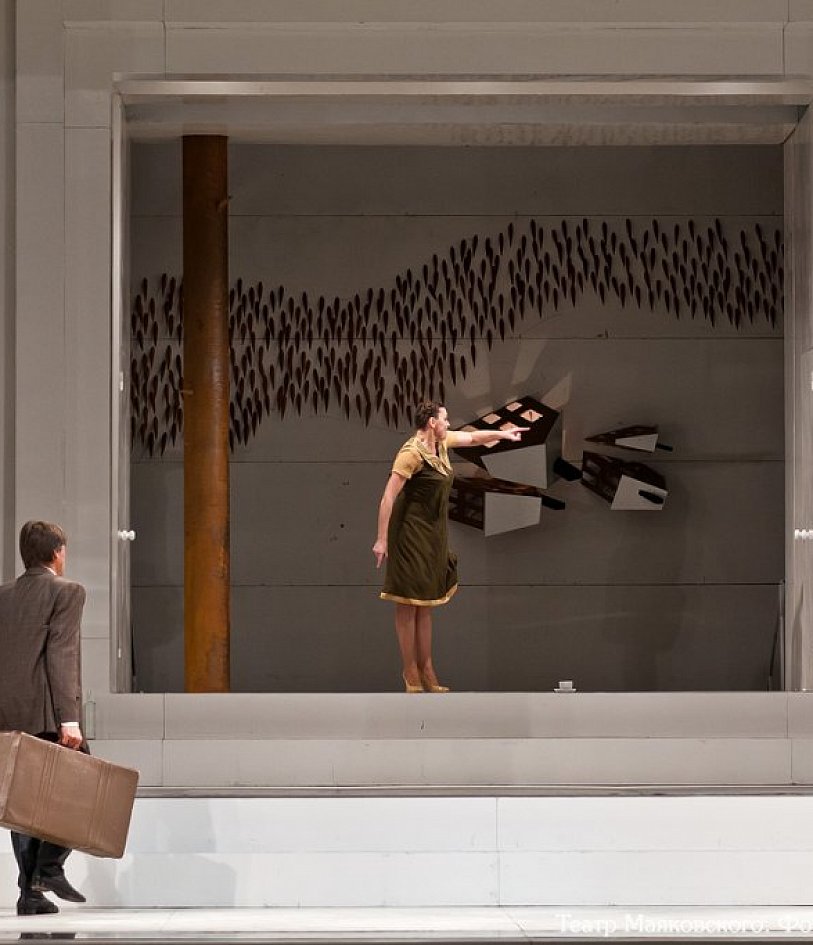 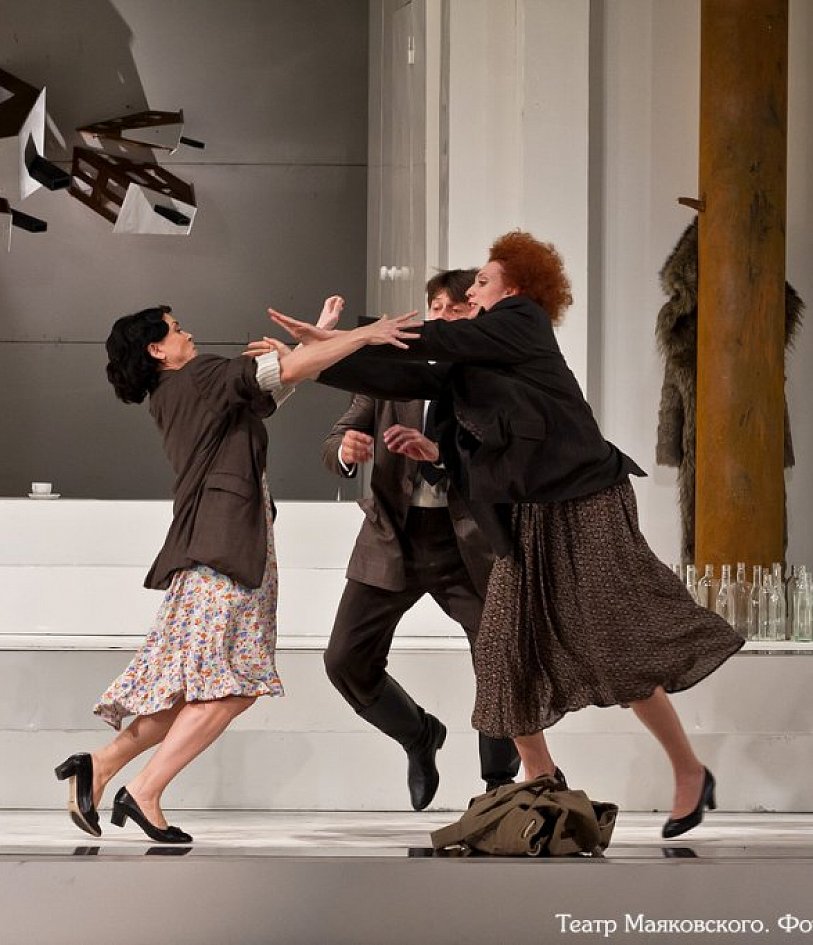 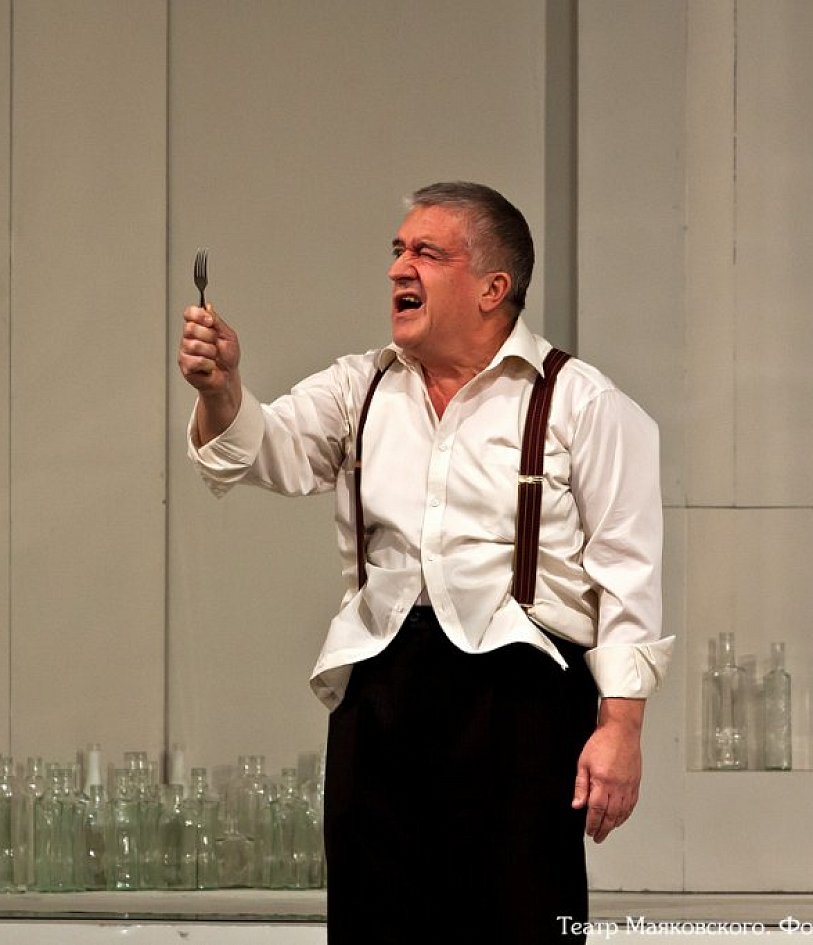 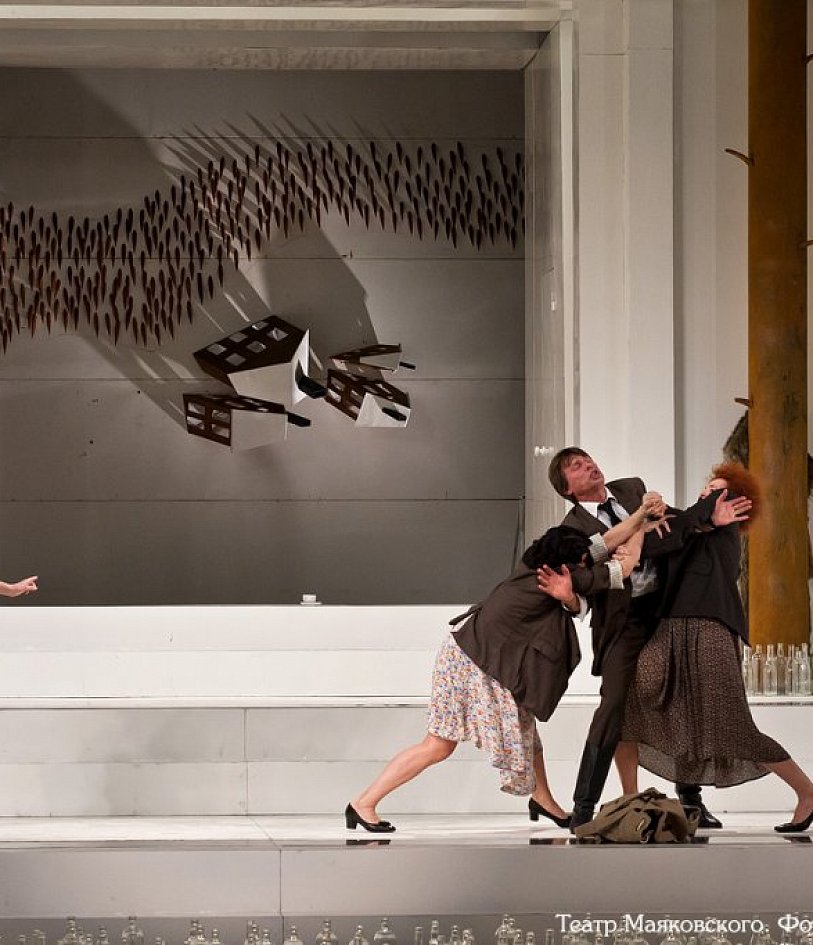 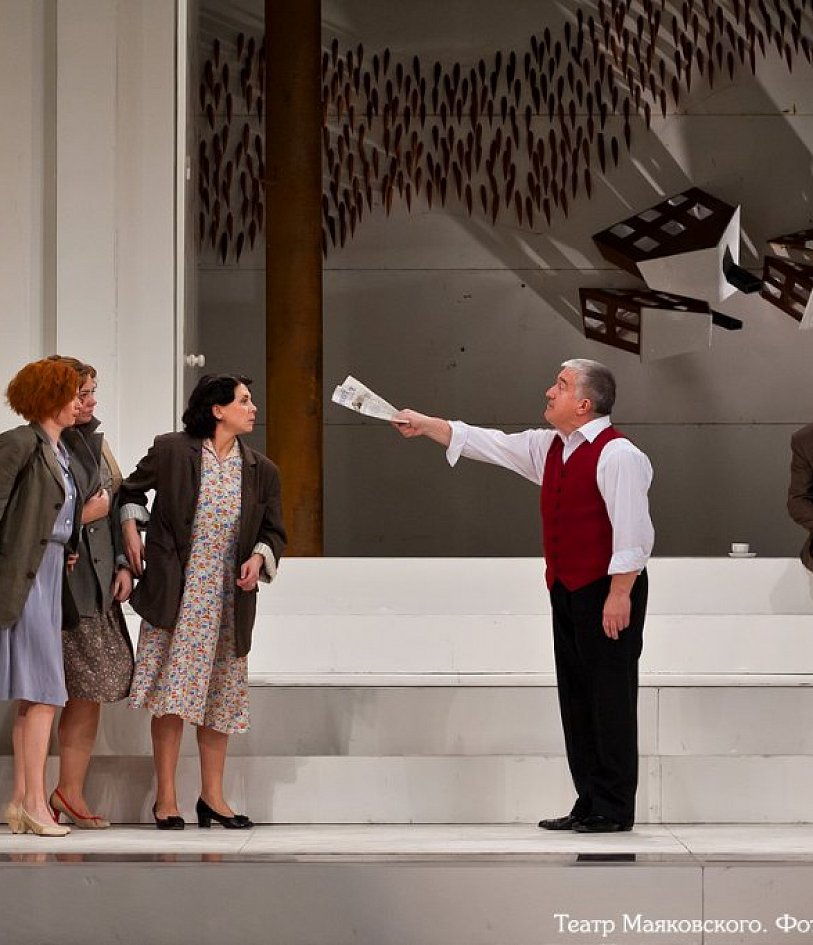 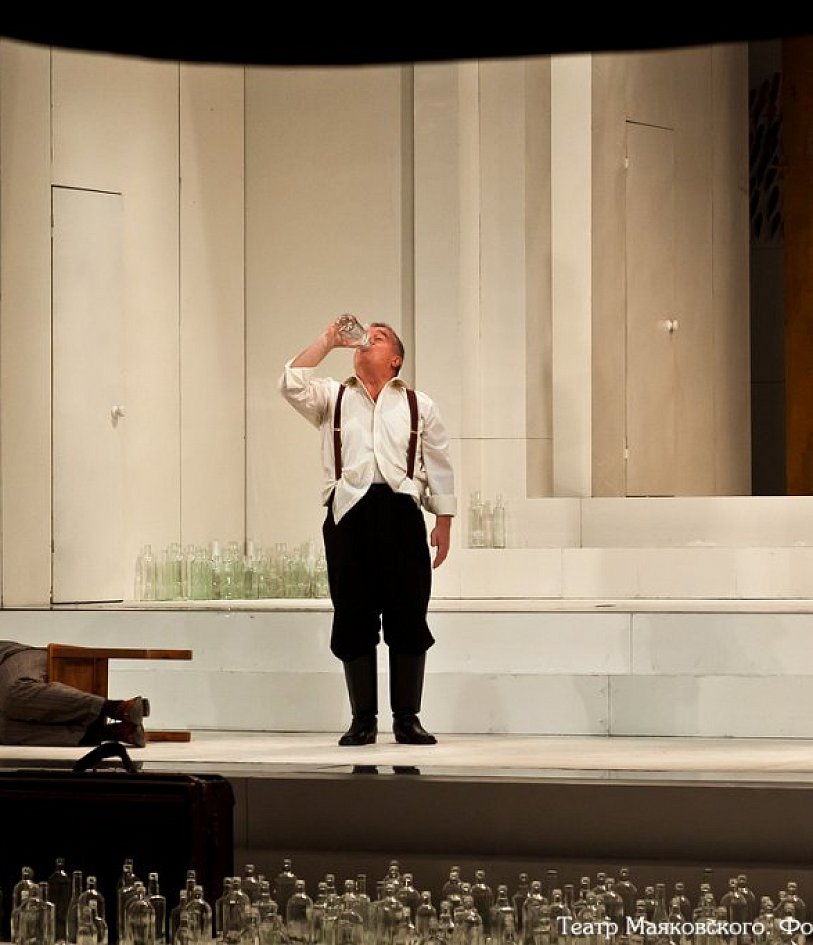 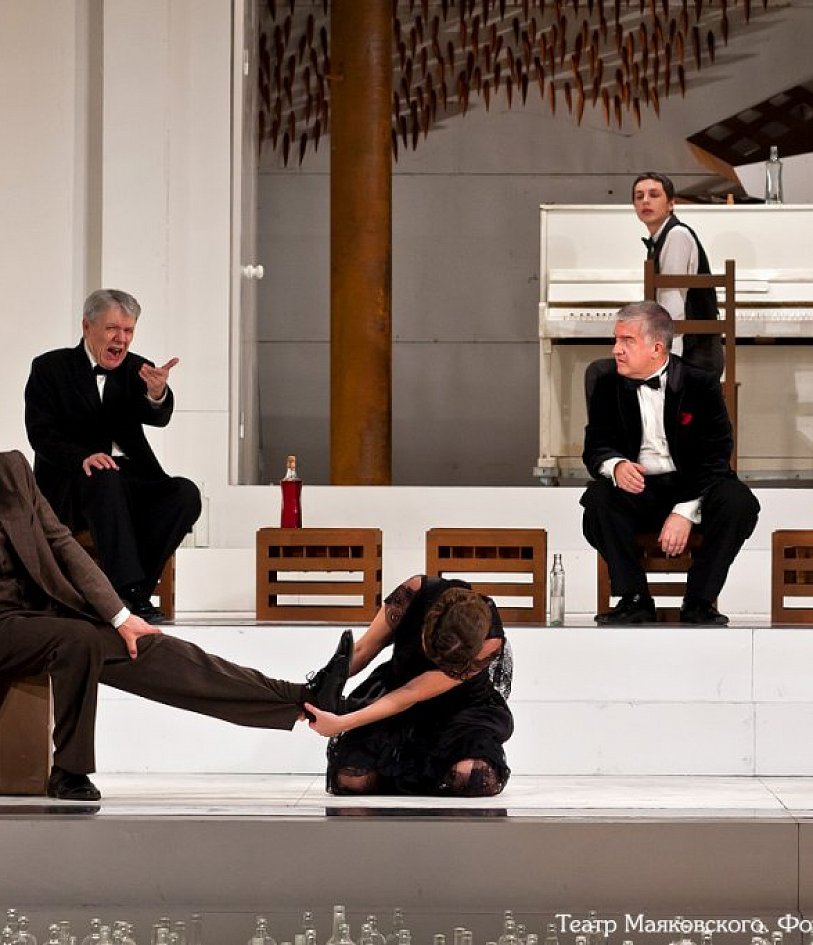 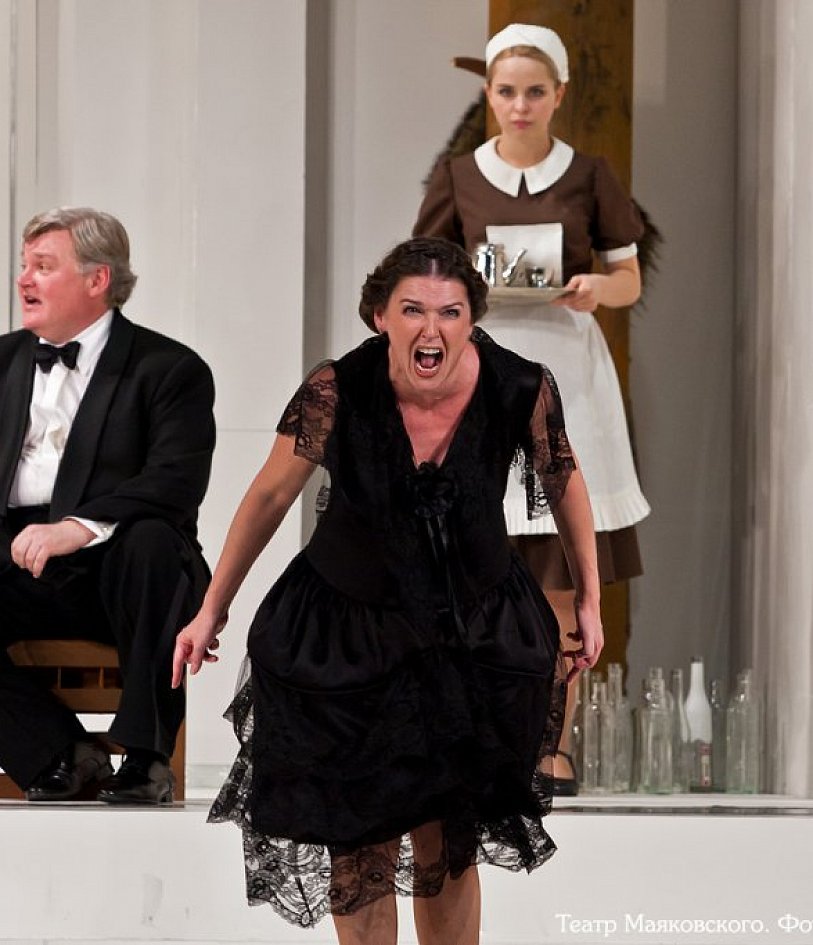 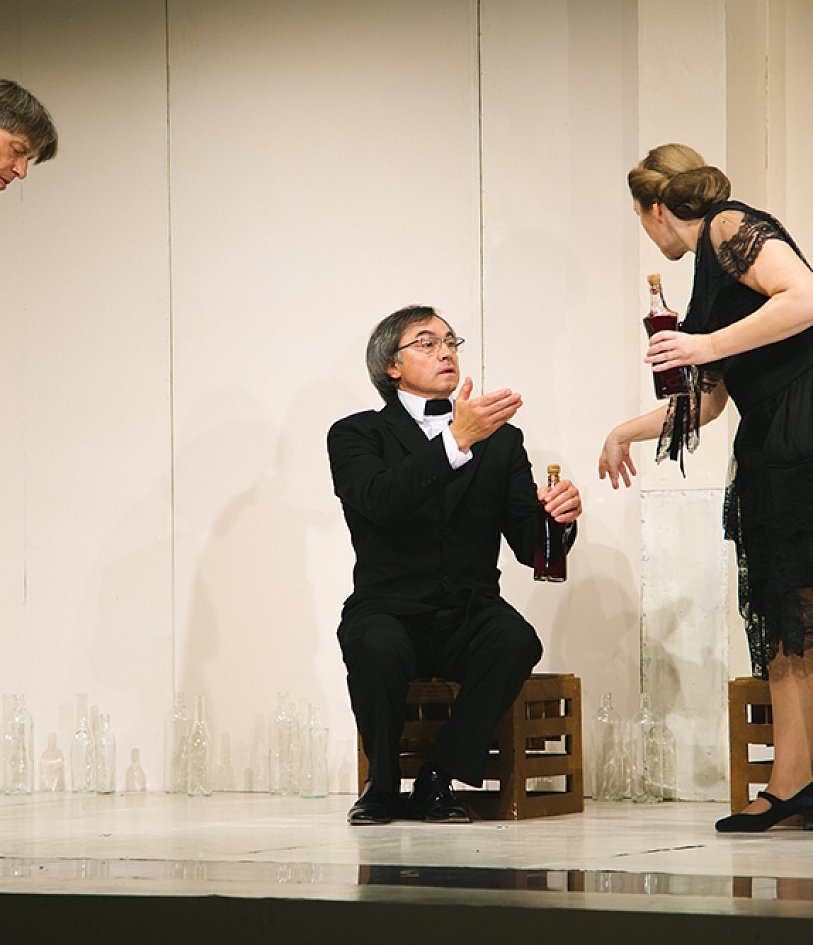 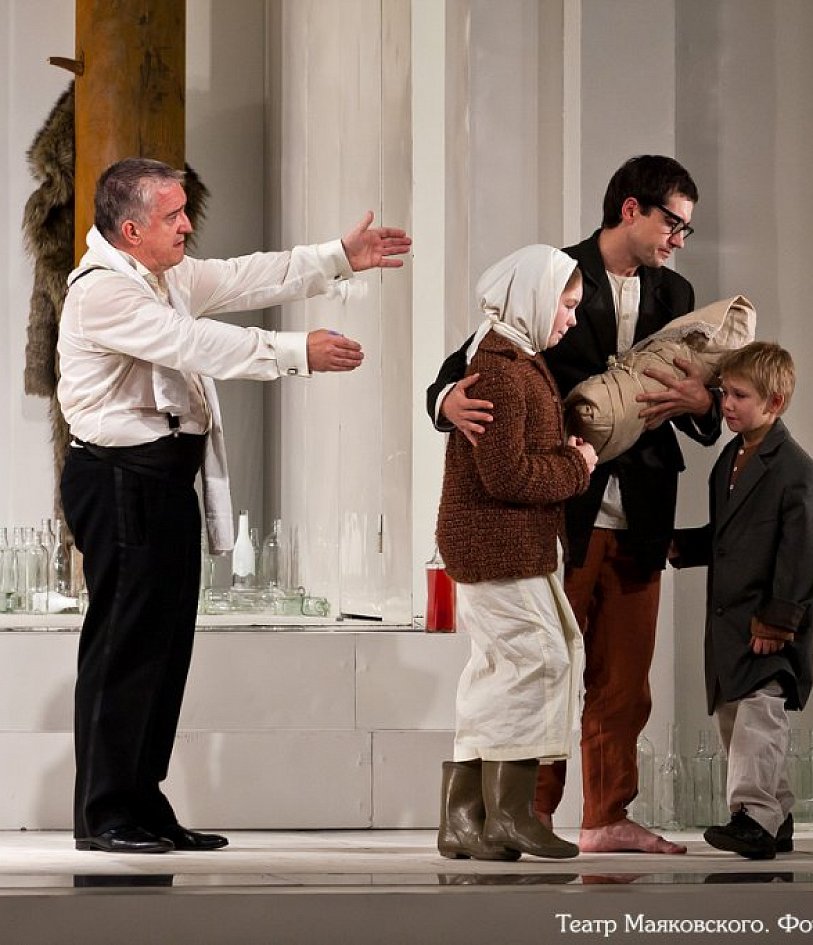 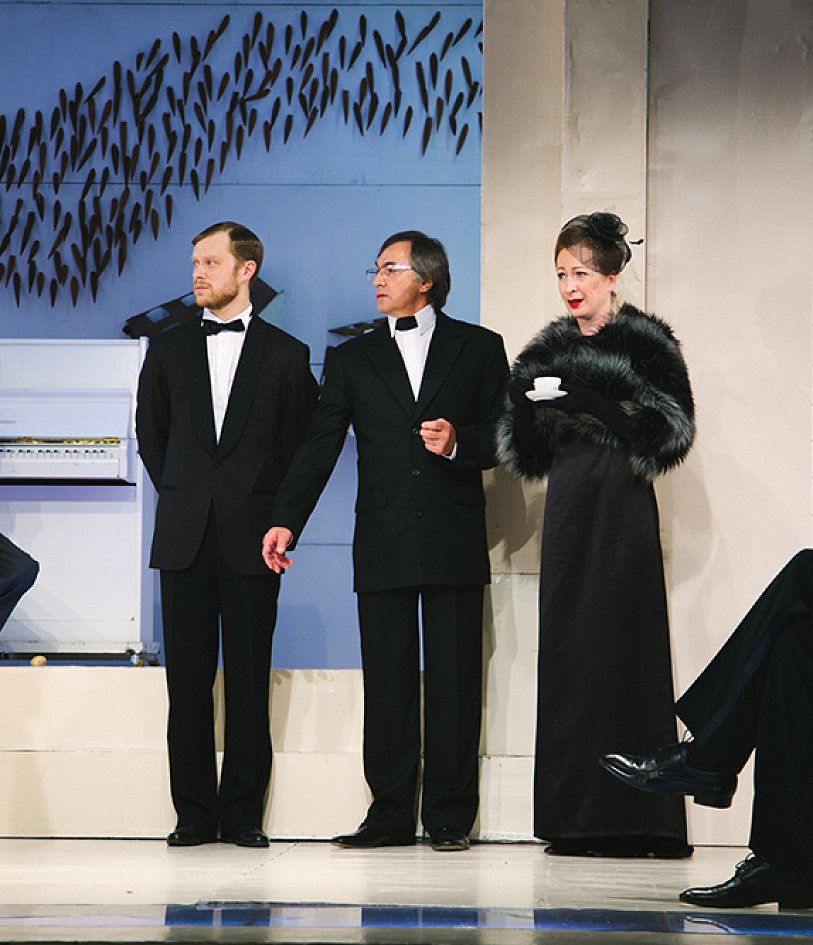 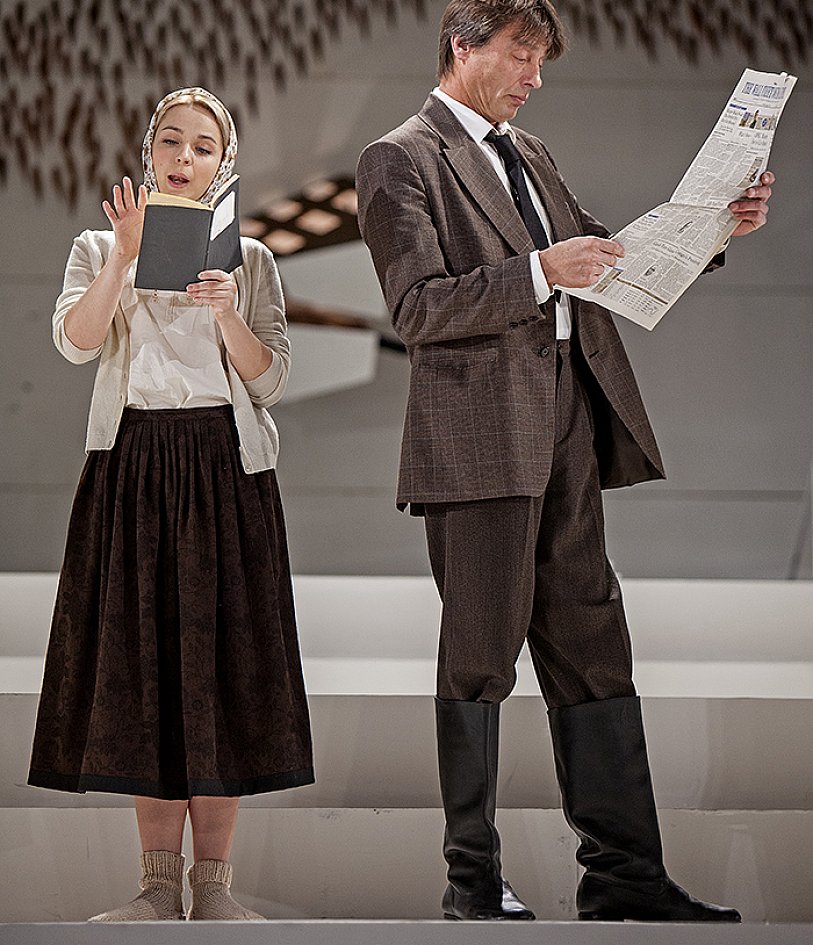 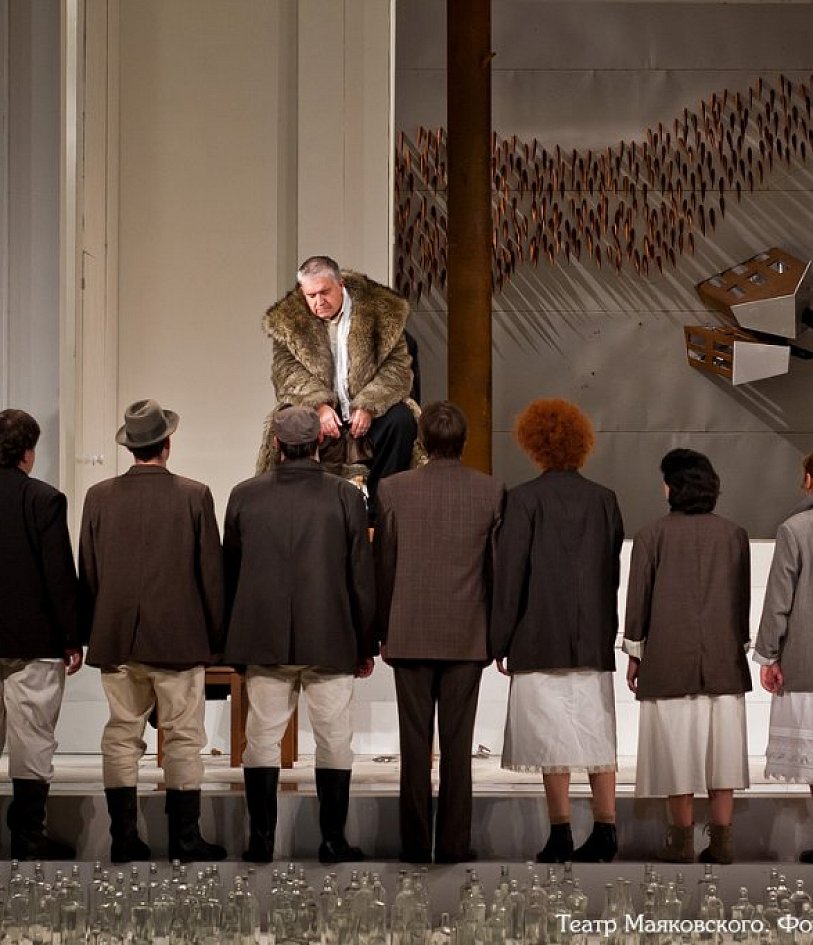 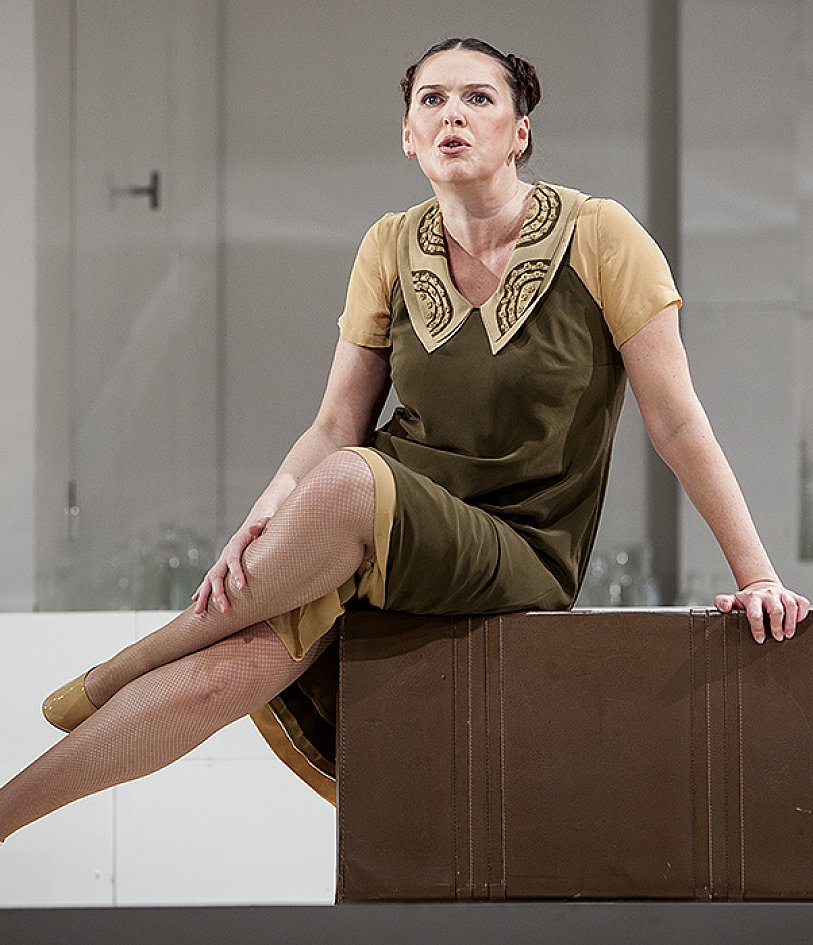 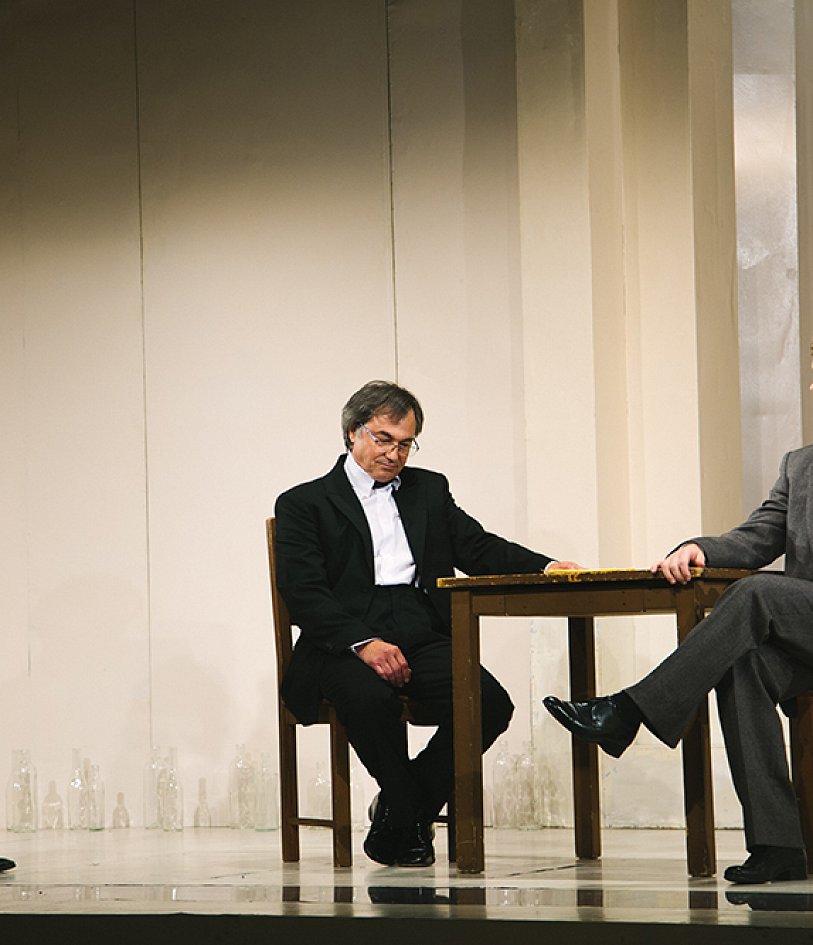 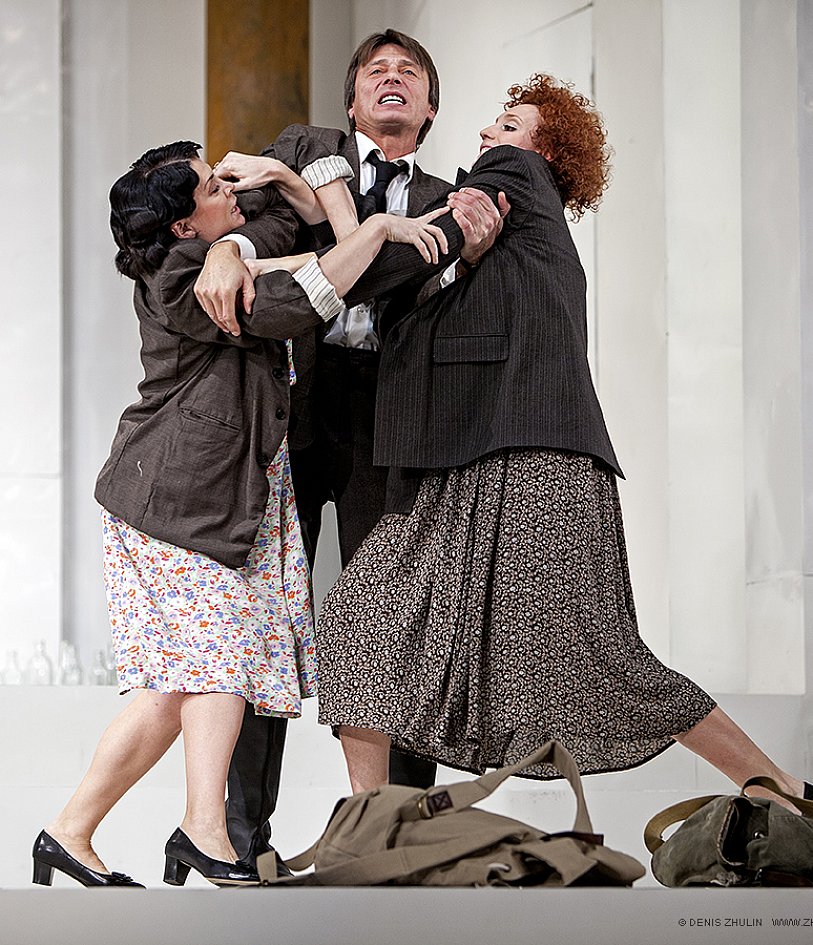 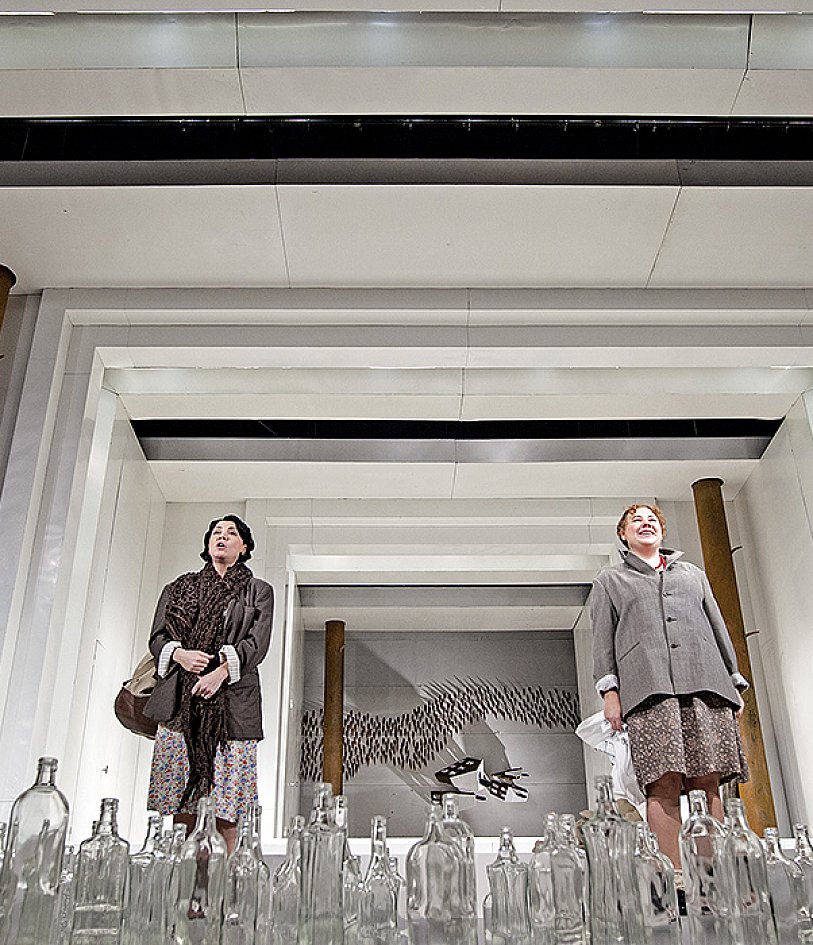 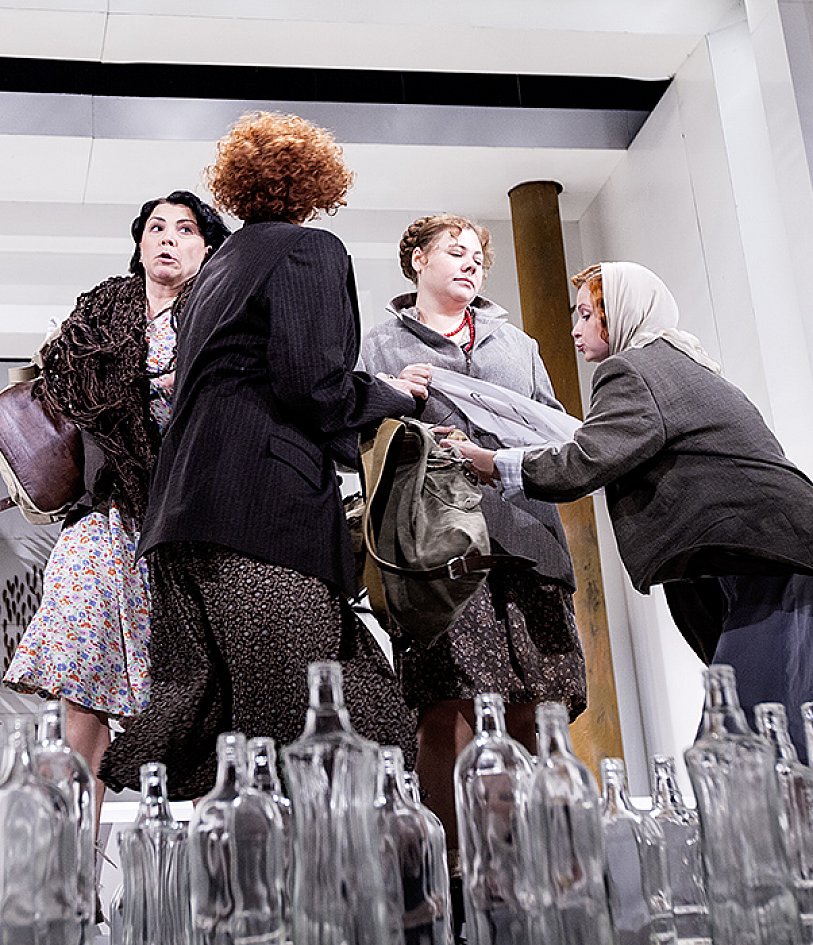 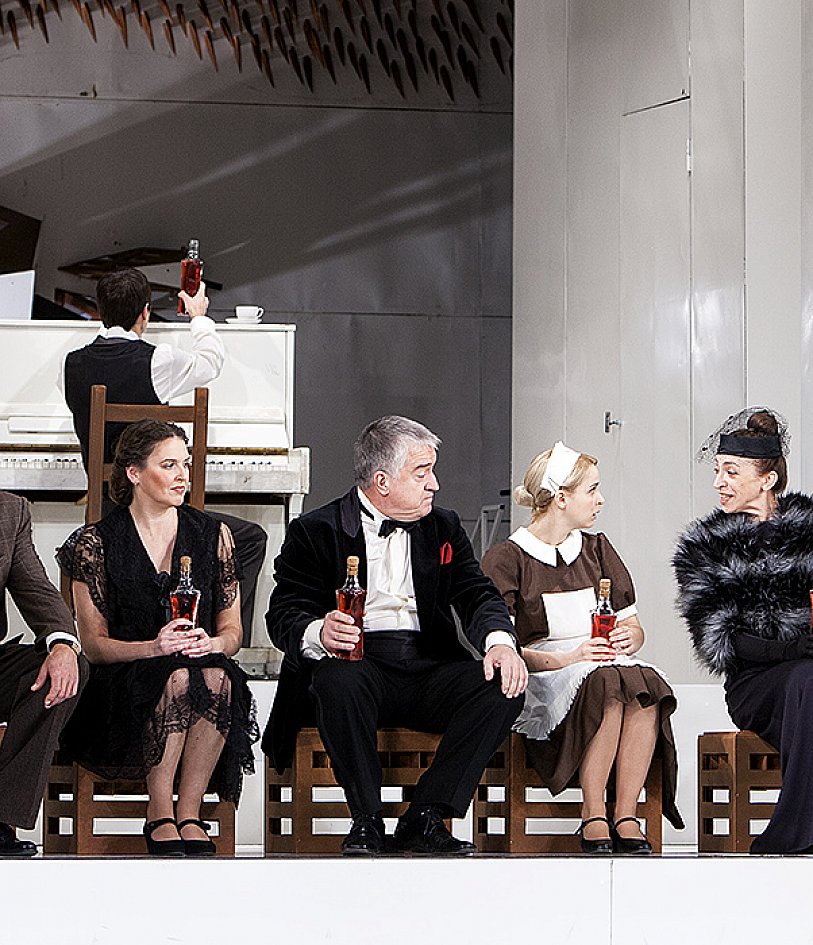 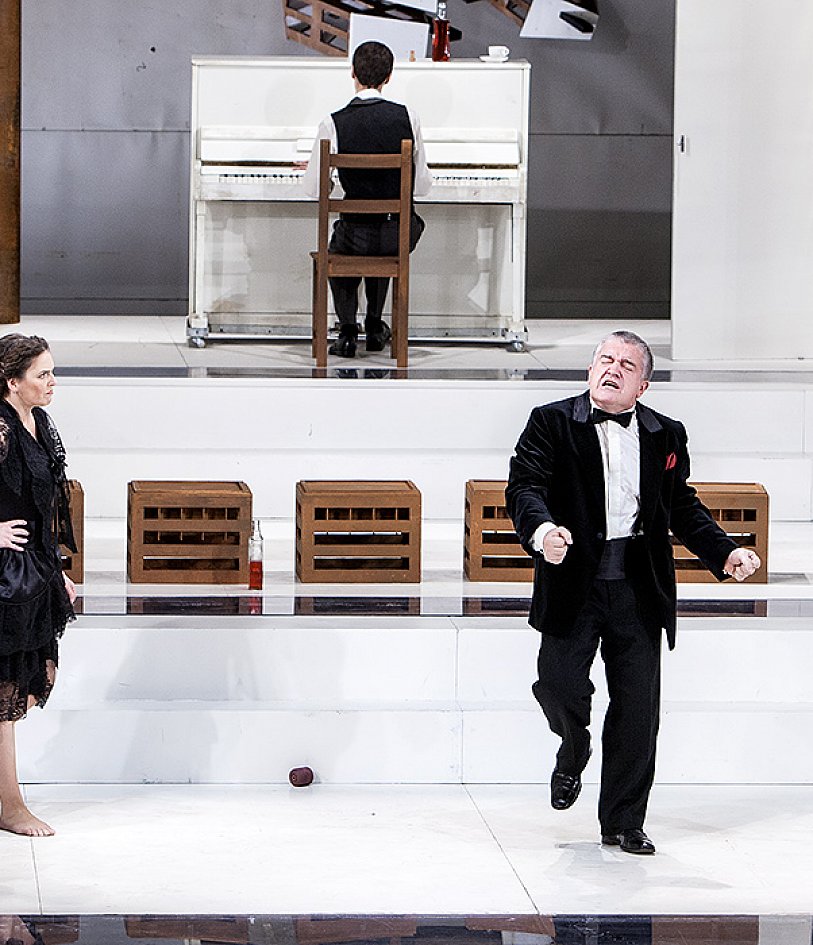 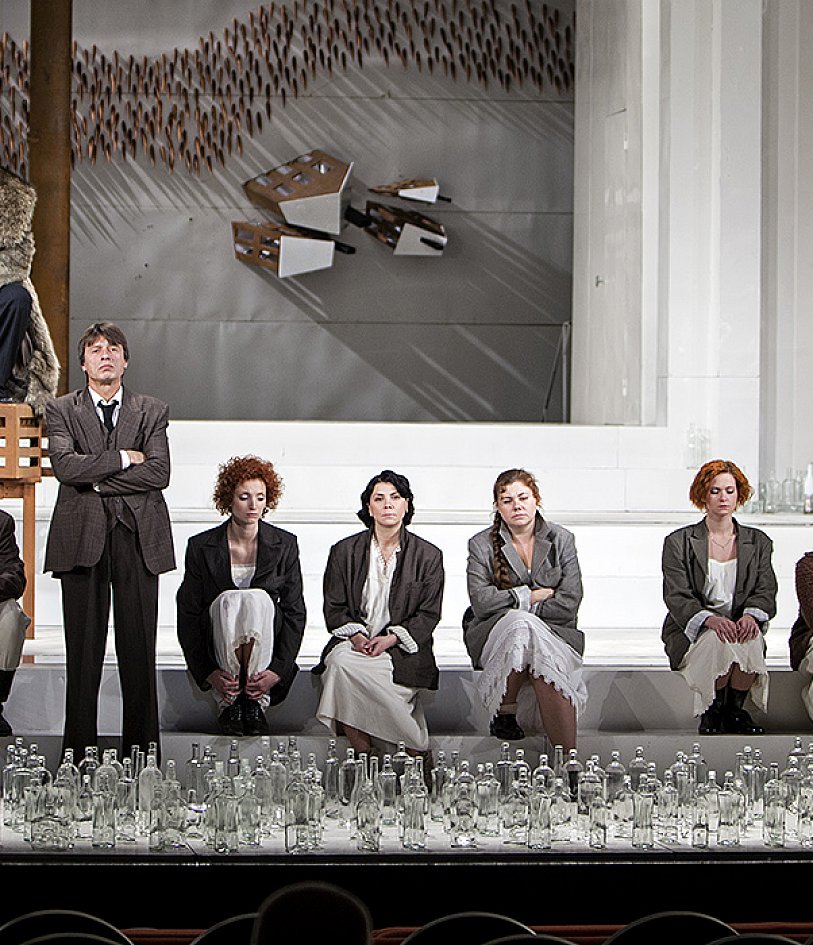 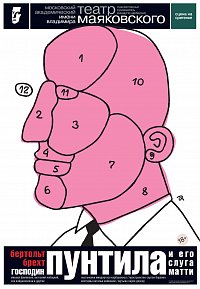 The play Mr. Puntila and His Man Matti was written by Brecht in 1940 and is based on short stories and drafts of a play by Finnish writer Hella Wuolijoki. The story centers on the petty tyrant and wealthy Finnish landowner Puntila. He is kind, friendly and generous, but only while he is drunk. Once he is sober he becomes cruel, selfish and calculating at once. What kind of person is he really?

Anecdotic situations give occasion to speak not only about social contradictions that are given so much attention by Brecht (here Puntila is confronted by the chauffeur Matti) but also about the dual human nature, especially that of a man of power. Is power good or bad? Can one define it within these categories? What does it mean to be in the saddle and can there be a limit to power? Acting becomes the key notion: Brecht’s play performed out of traditions of the epic theatre, almost turning out to be a classical comedy of situations makes it possible to discuss the political nature of the theatre and theatrical nature of power at the same time.

Supported by the Moscow Department of Culture and Sergey Kapkov personally.