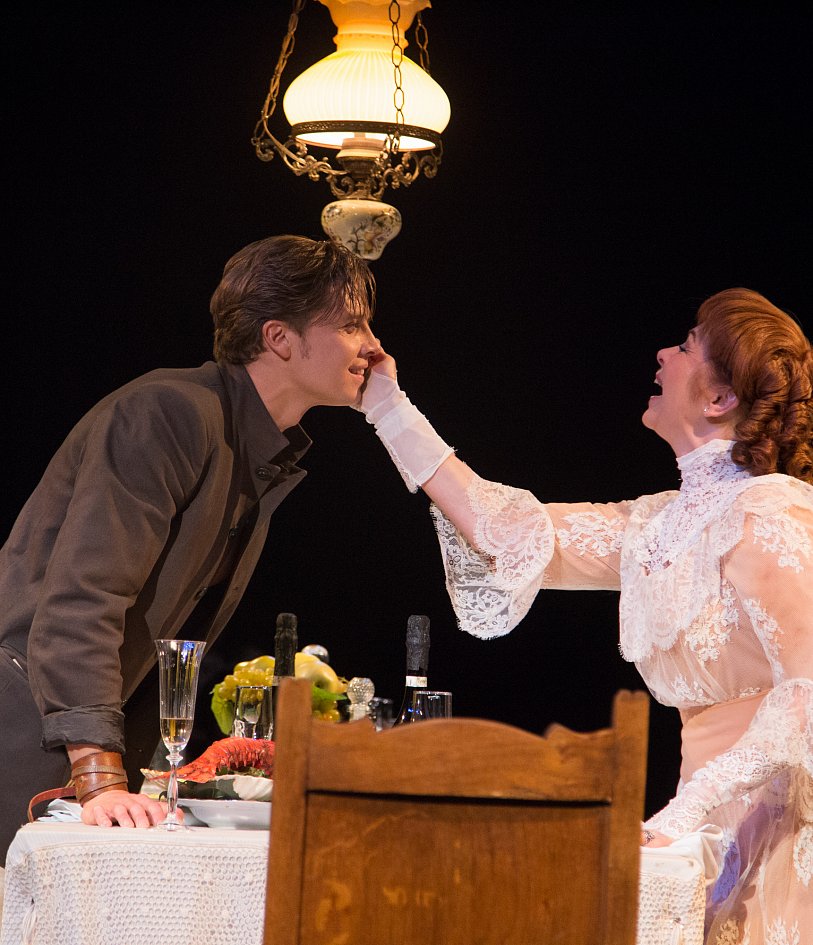 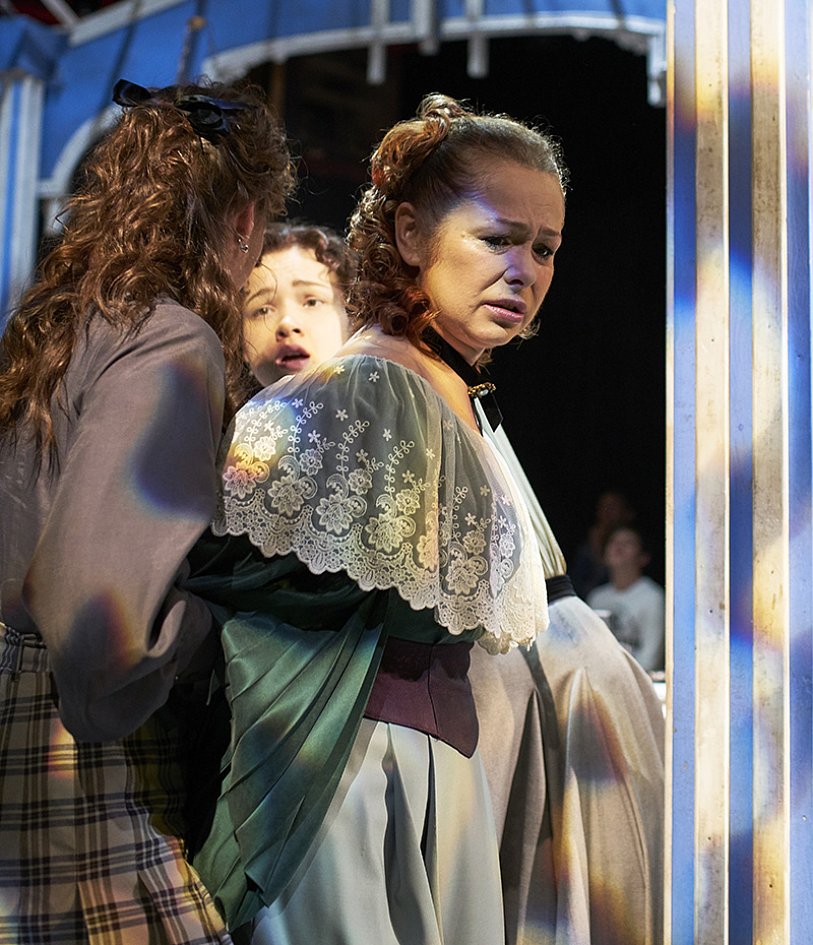 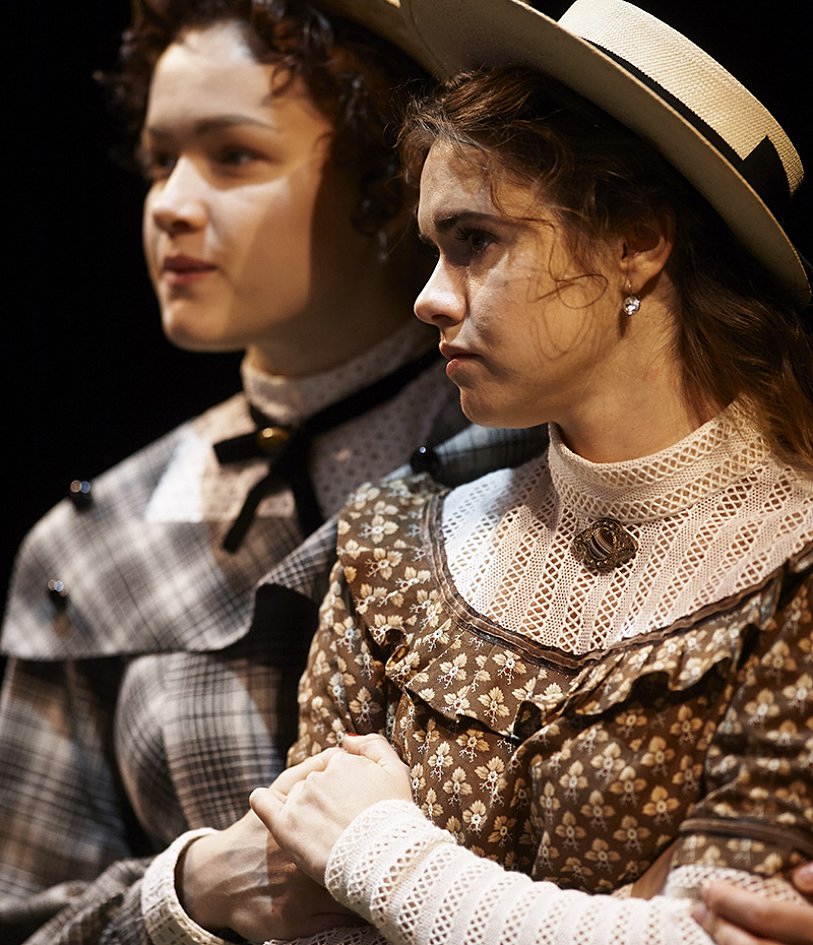 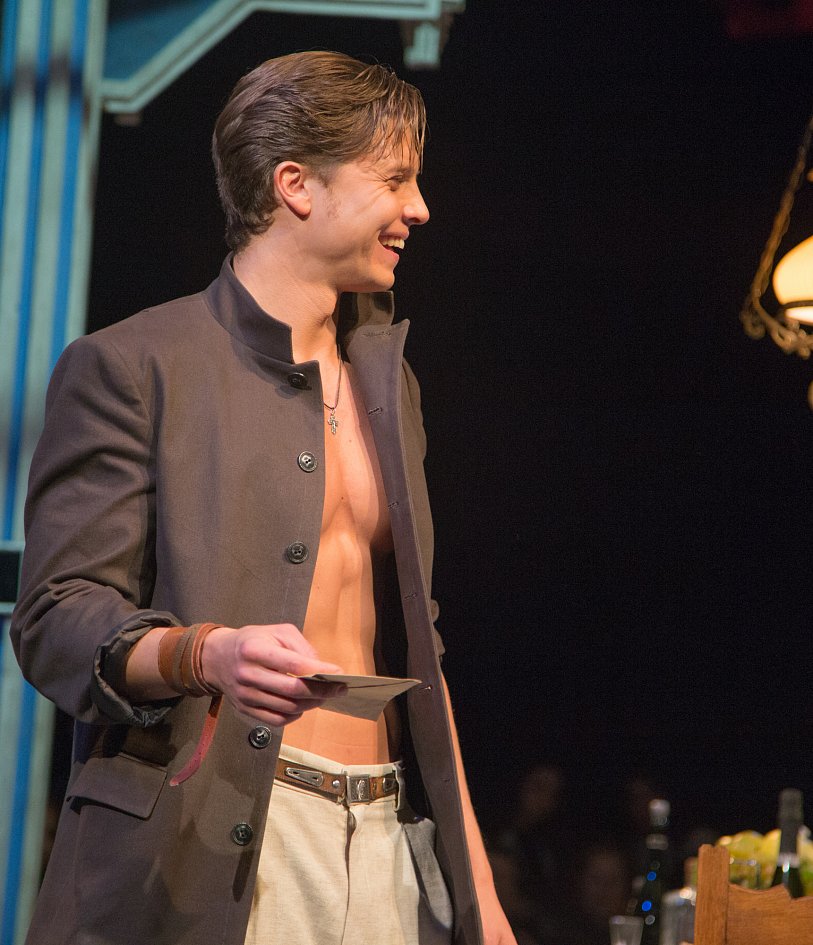 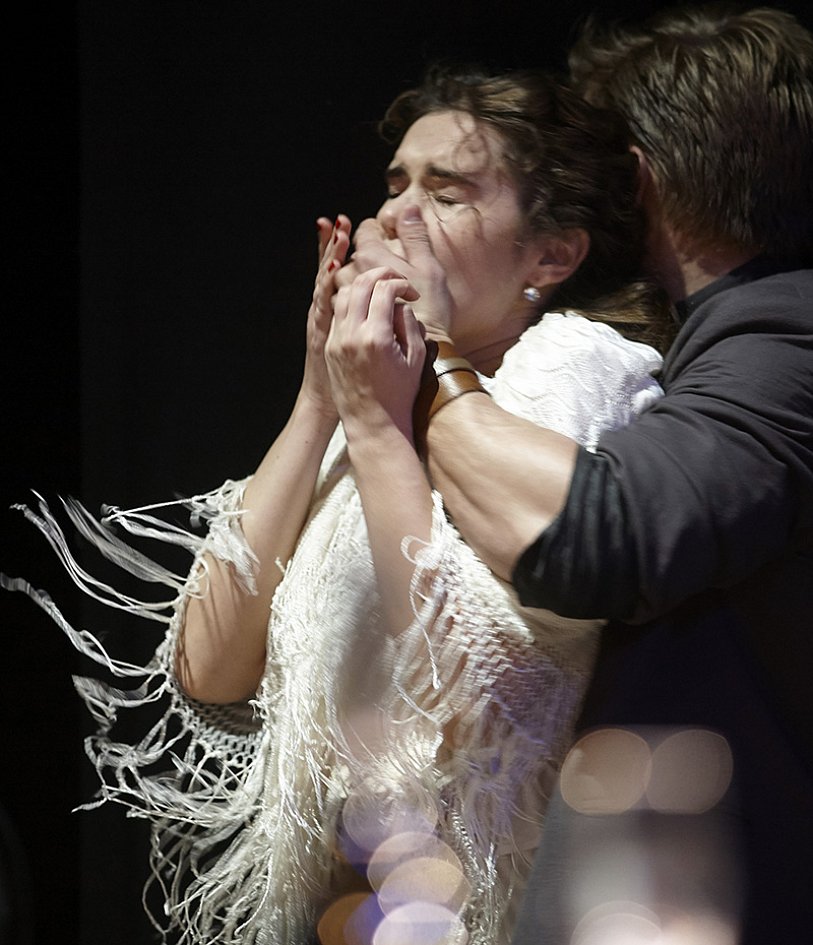 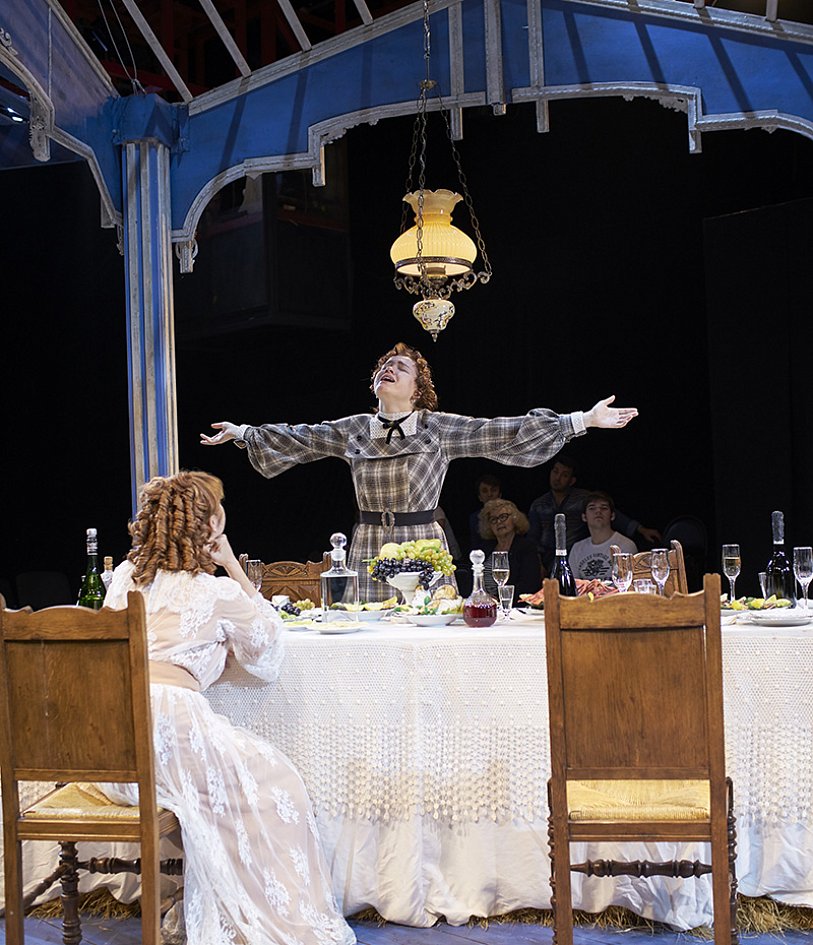 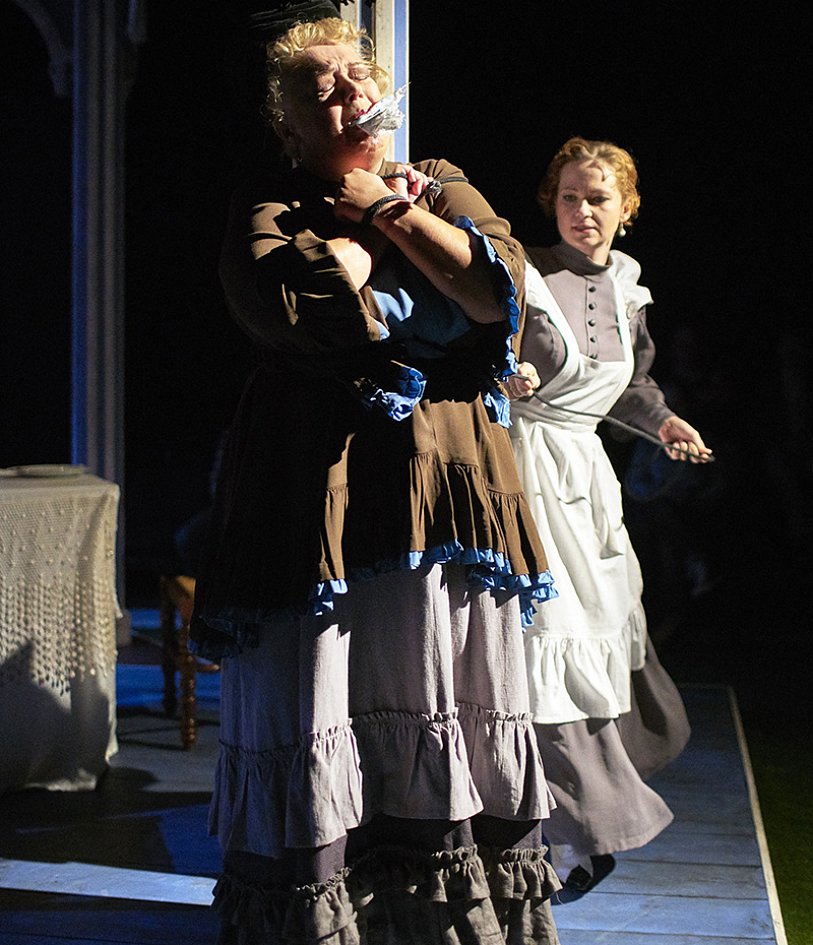 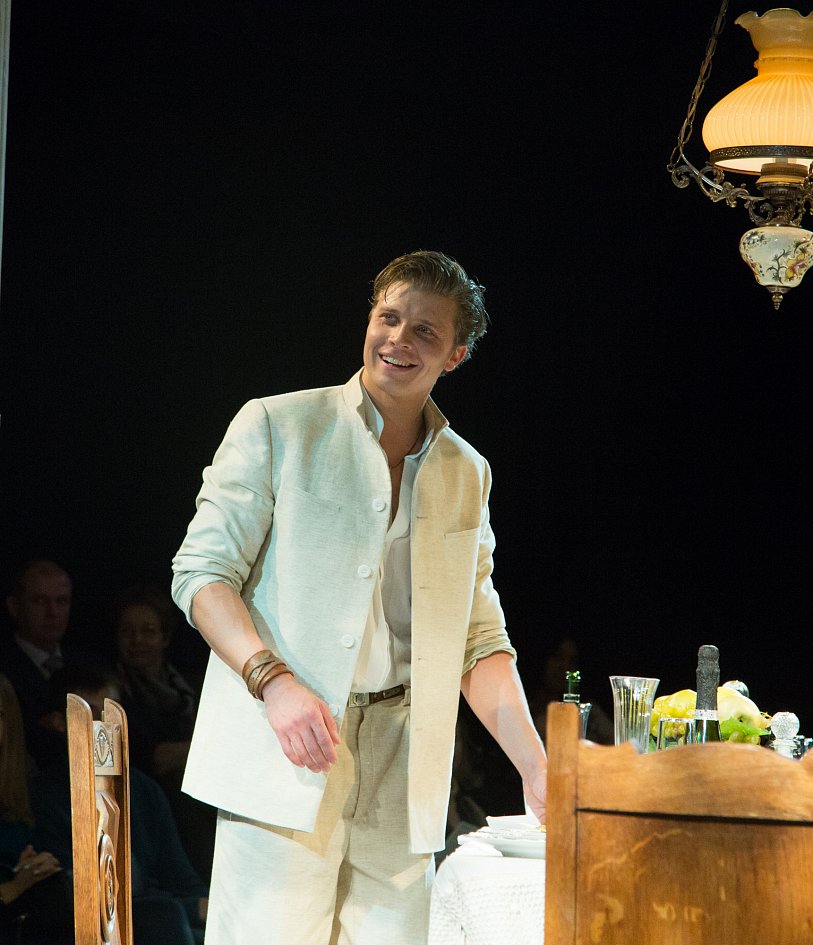 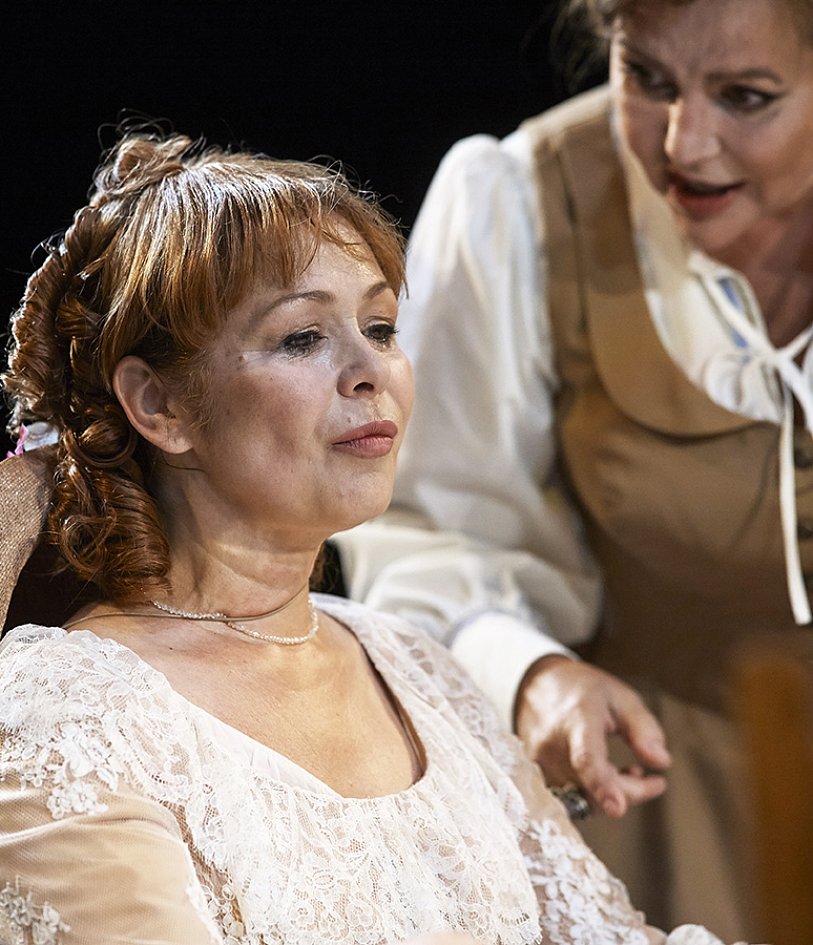 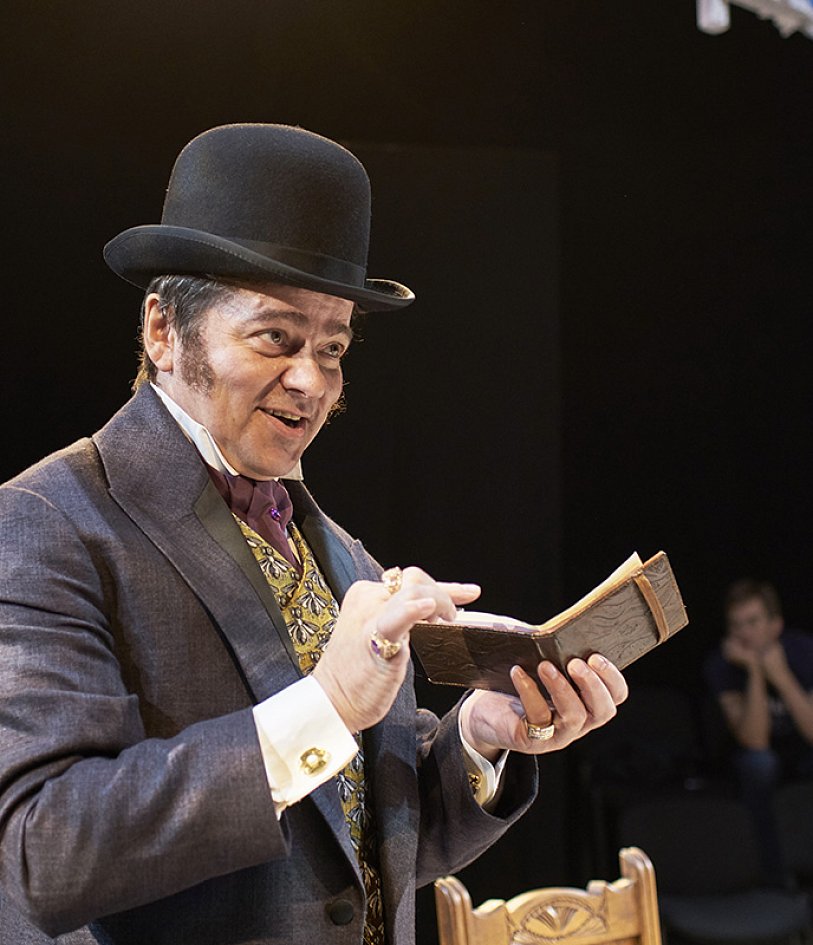 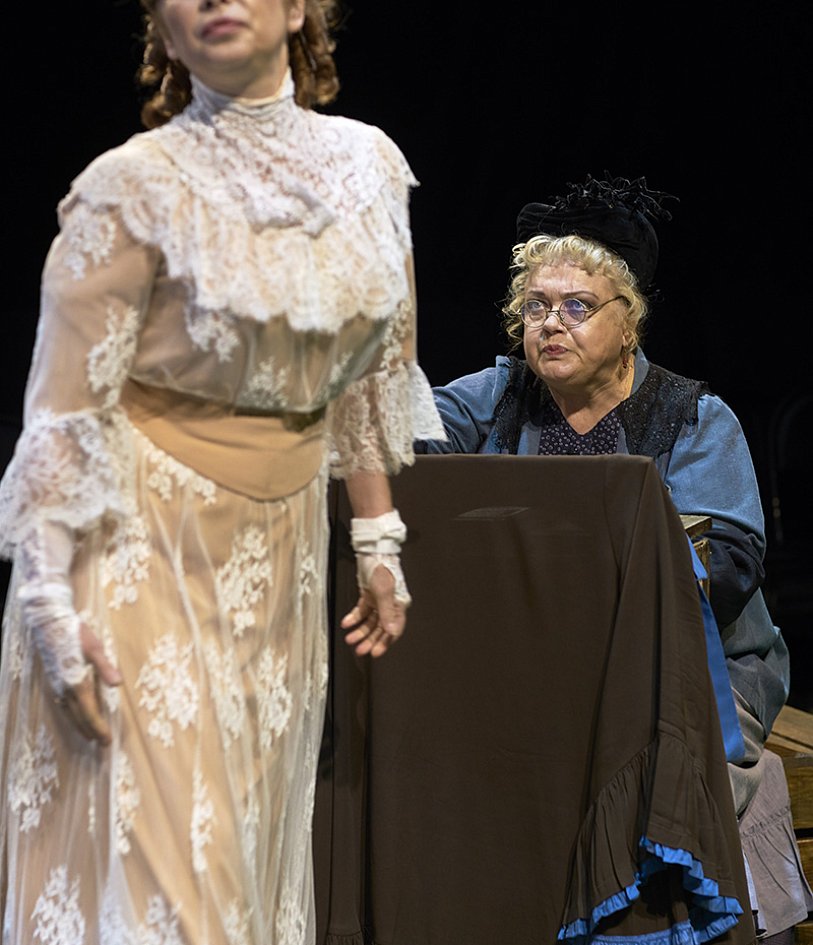 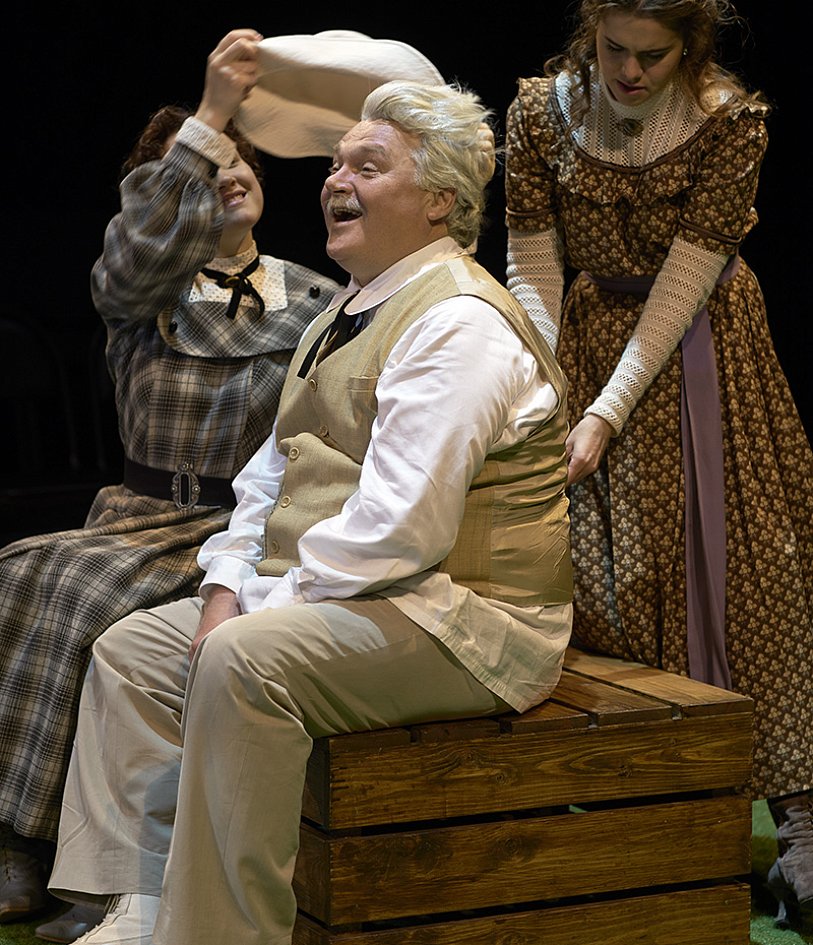 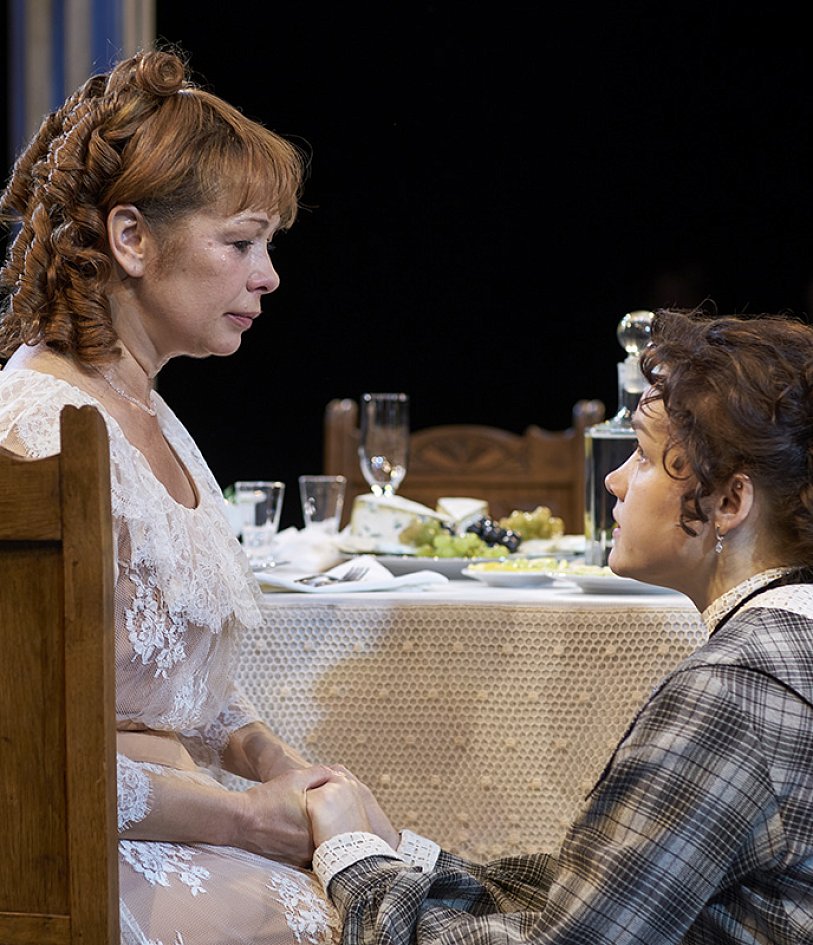 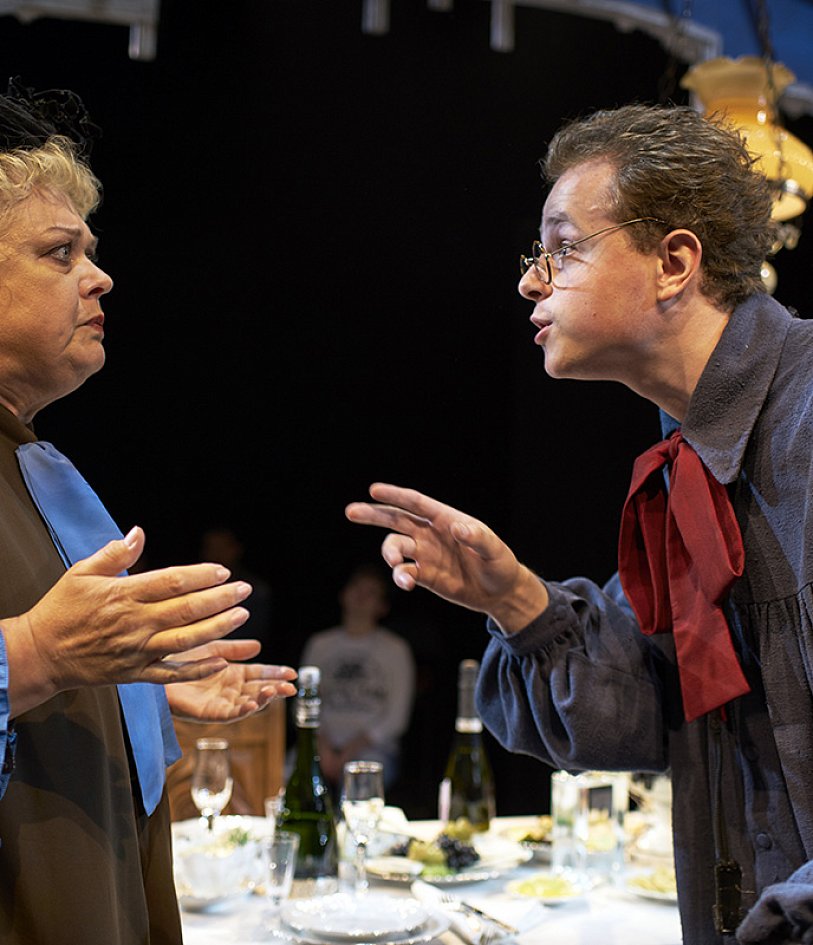 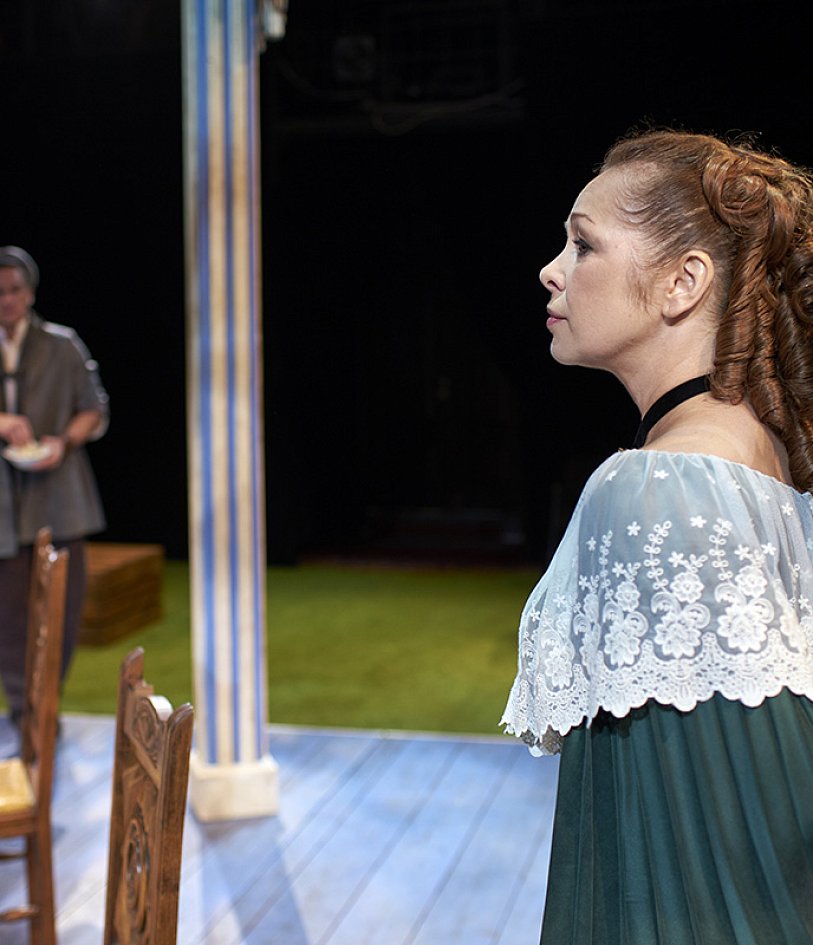 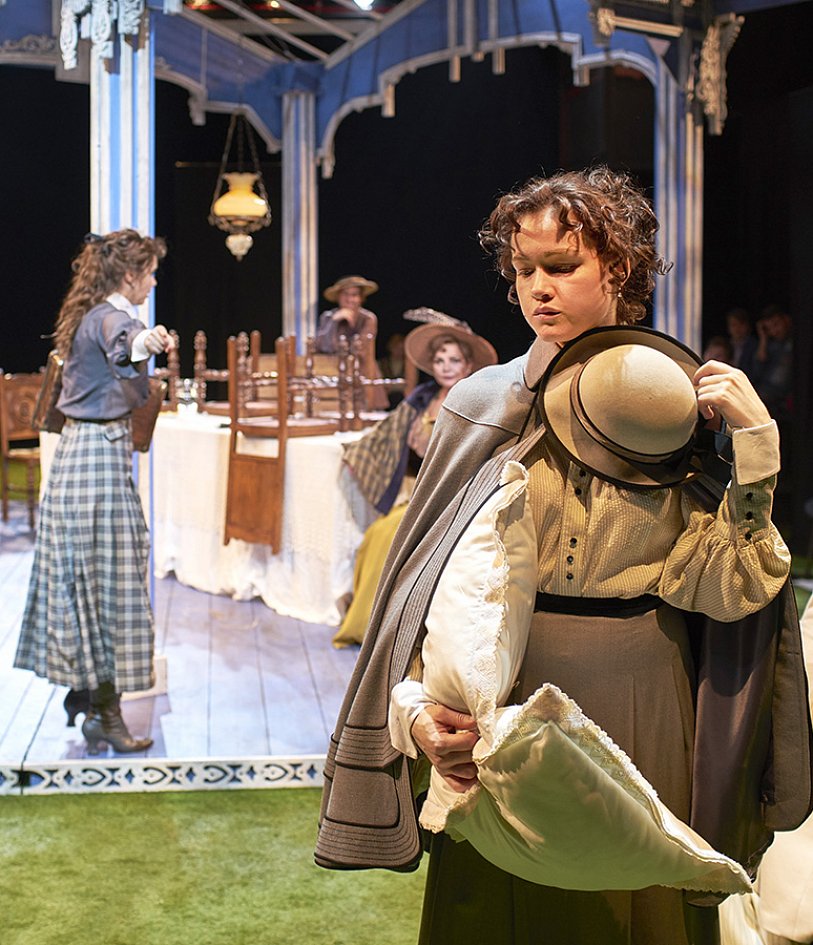 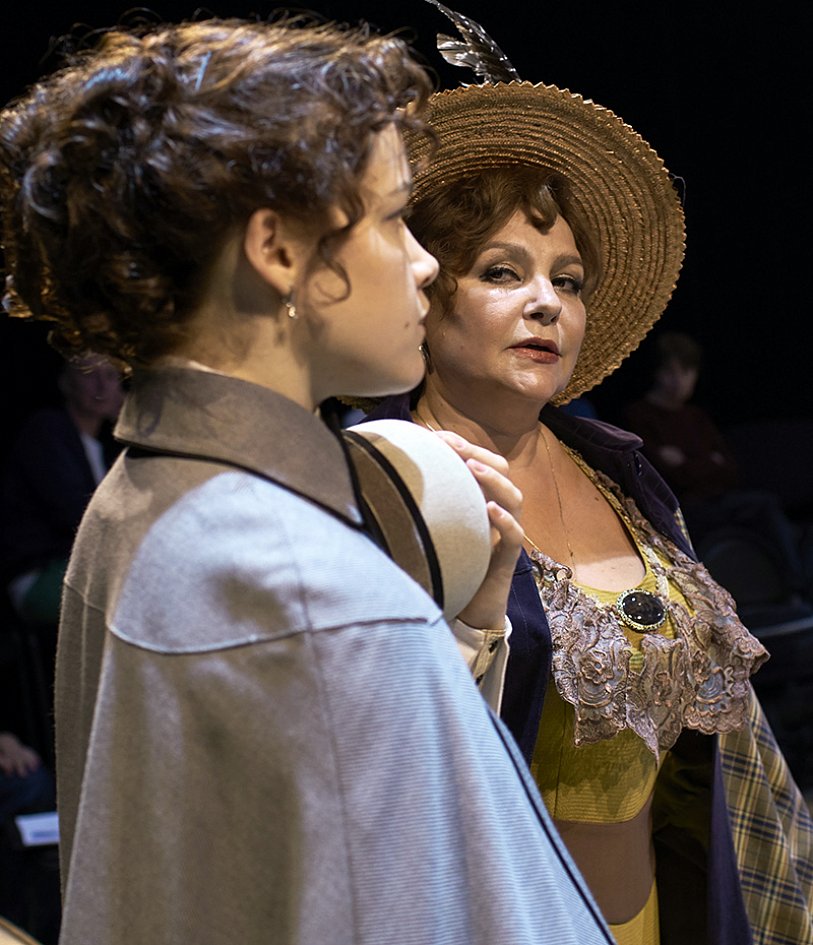 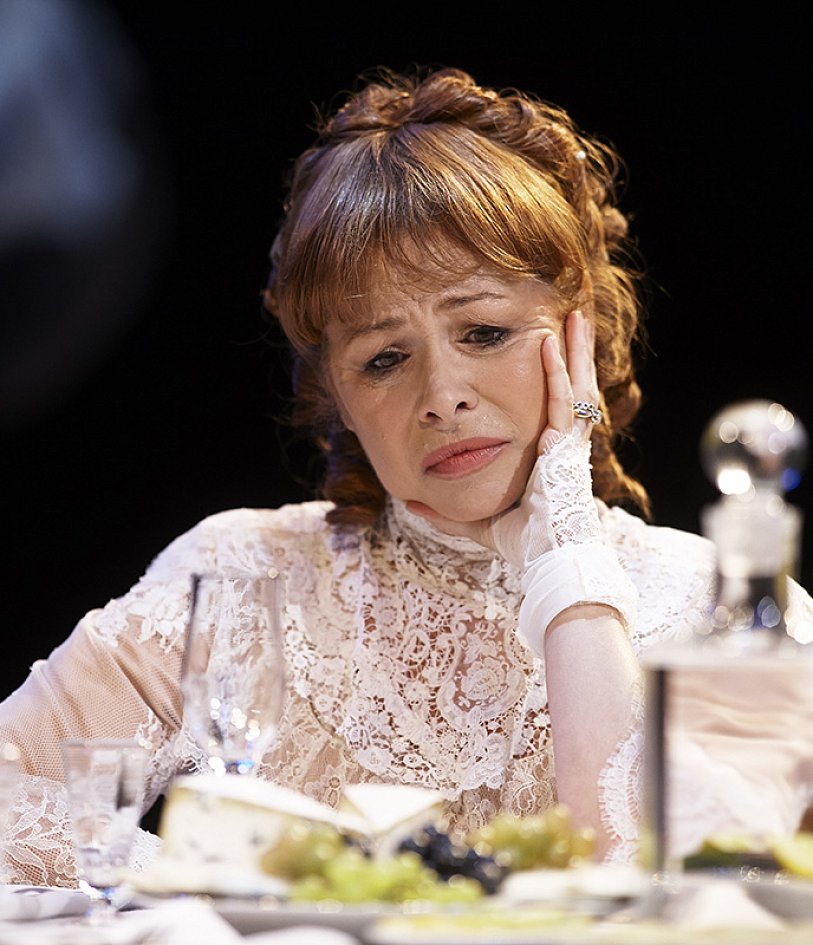 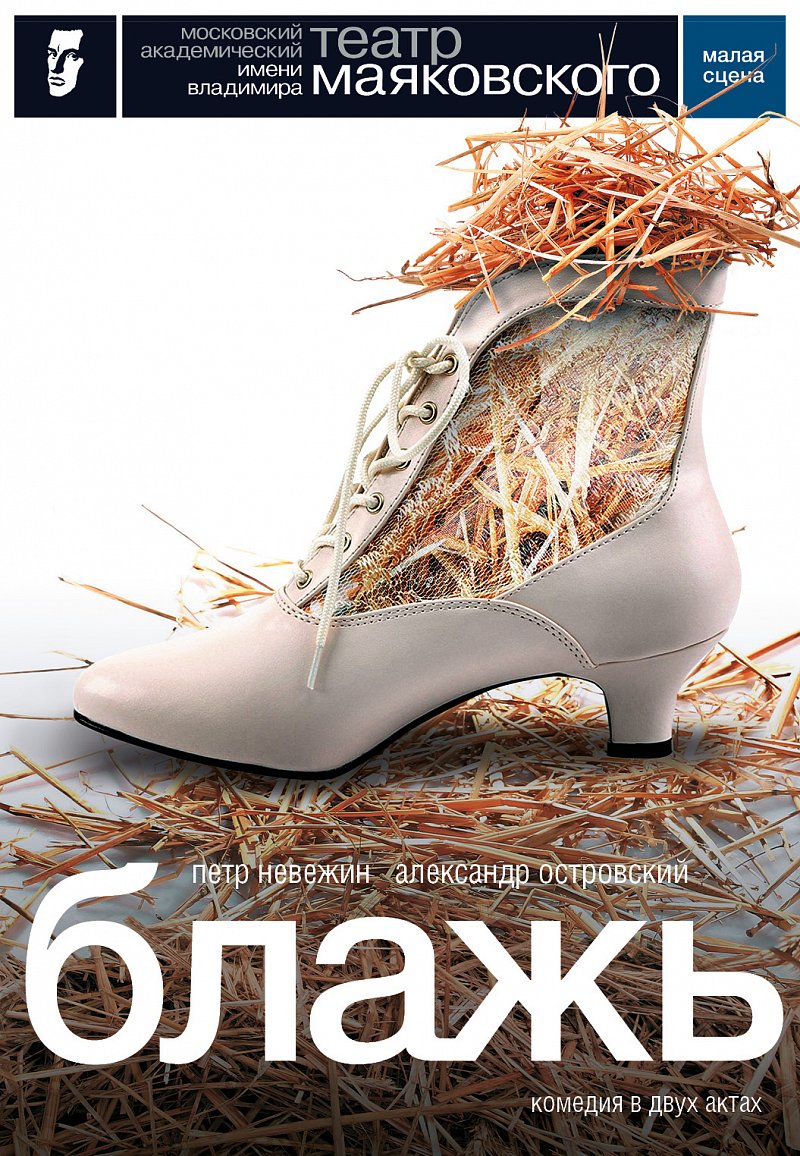 Following the novel by Karel Capek "The Life and Work of the Composer Foltyn" (for which the performance "Maestro" was staged), director Yuriy Ioffe continues to acquaint the audience with the little-known works of the world literature classics. "Whim " is perhaps the least familiar play by A.N. Ostrovsky, and it was written co-authored with P.M. Navezhin.

It is believed that for everyone once in life falls happy to meet their love. Someone meets it in youth, someone at a more mature age. As the main heroine says, the landowner-widow Serafima Sarytova (Honored Artist of Russia Tatyana Augshkap), her youth passed "without joy, she did not squander her feelings," but one meeting changed everything. And now the culprit of these changes – Stepan Barkalov (Vsevolod Makarov) – serves as a manager, but rather dominates in the estate of a landowner who in love with him.

The comedy is the feelings, which as well as the fear of losing their newly acquired happiness, often prevail over common sense.

For all the twists and turns of the dashingly twisted plot, the audience will be able to observe, sitting along the perimeter of the chamber space of the little stage of The Mayakovky theatre.

playwright Pyotr Mikhailovich Nevezhin (1841-1919), informing in his memoirs that he, having been educated in the works of the great playwright, took up his pen and wrote three plays that were rejected by the censorship, and so he writes: "I was finally confused, I went to Ostrovsky and told my misadventures. He liked the plot of my last play, and he approved the script, but added: "You can hardly get along with censorship." Then, having mustered courage, I addressed him sincerely: "Help me. Without your instructions, I will vanish decisively. Perhaps you will do me a great honor and, having recycled the play, honor me  of being your collaborator." So there was a comedy "Whim", which was subsequently published in Shchedrin's "Notes of the Fatherland." (P.M Nevezhin, Memoirs about A.N. Ostrovsky, "Yearbook of the Imperial Theaters", 1909, issue IV.)