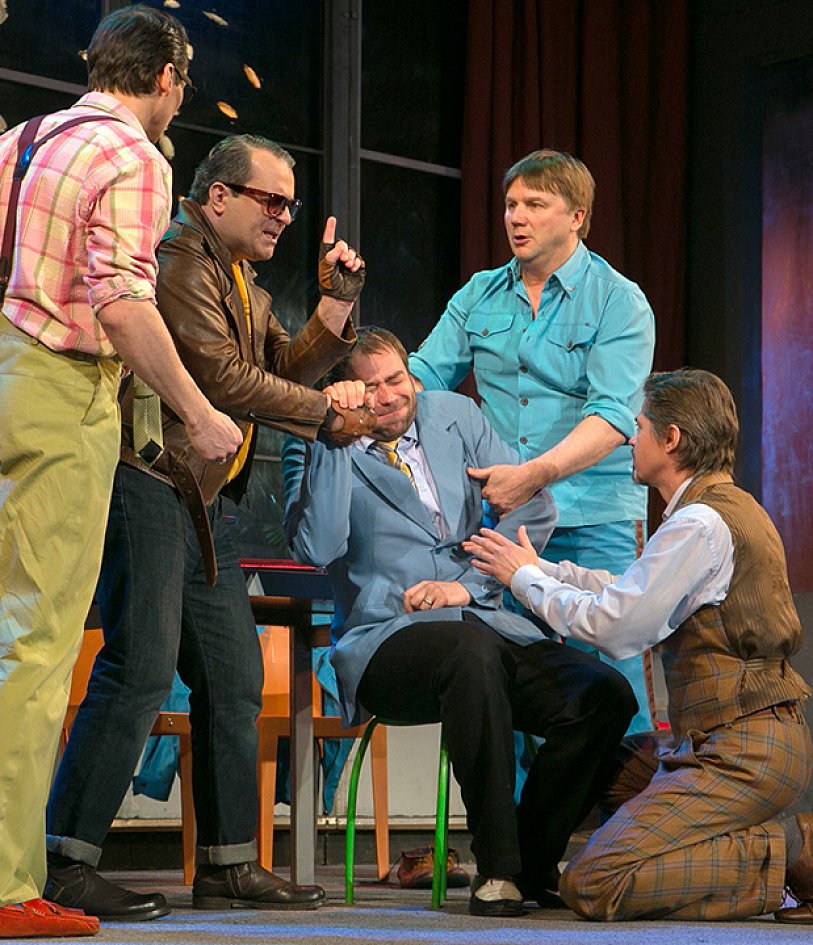 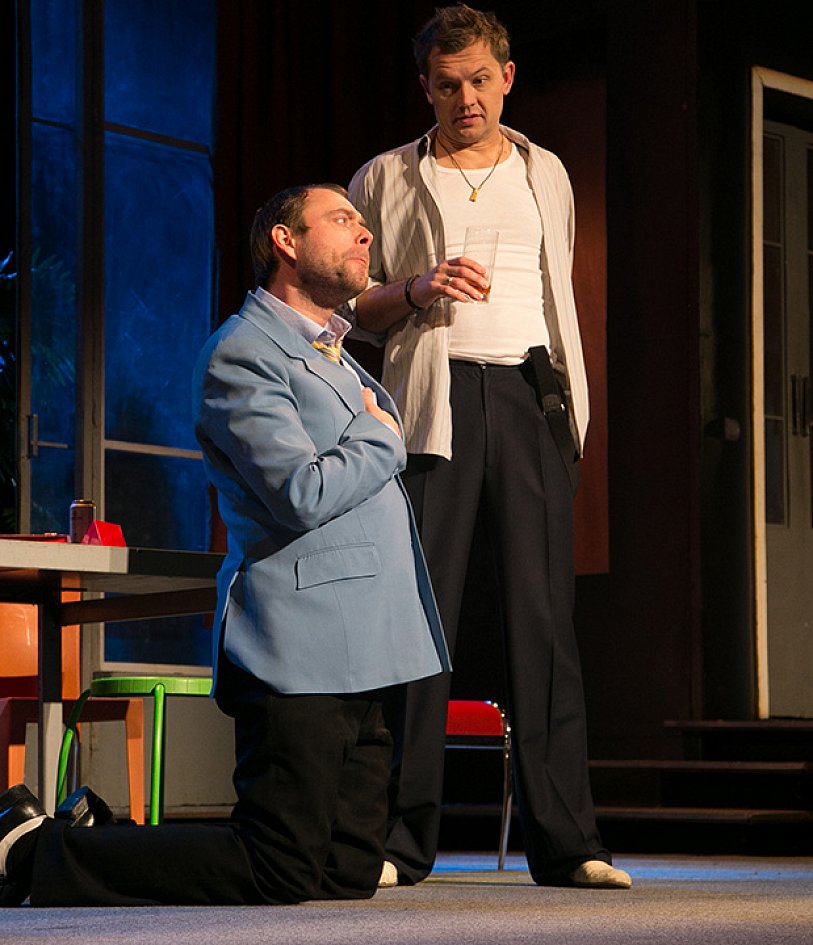 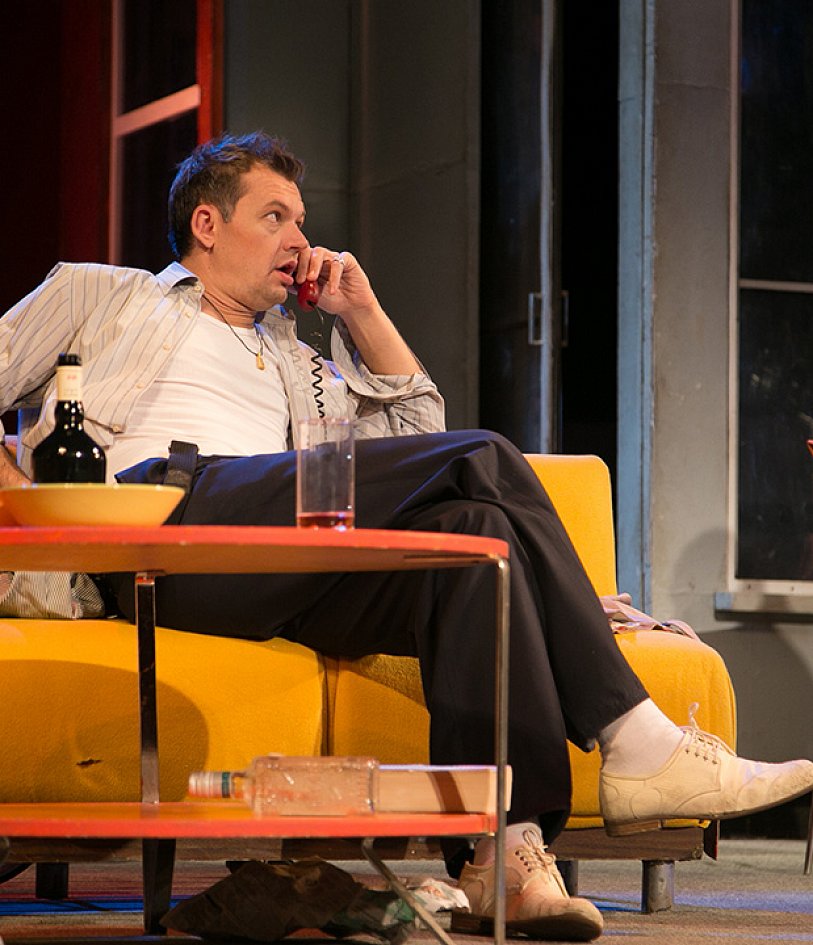 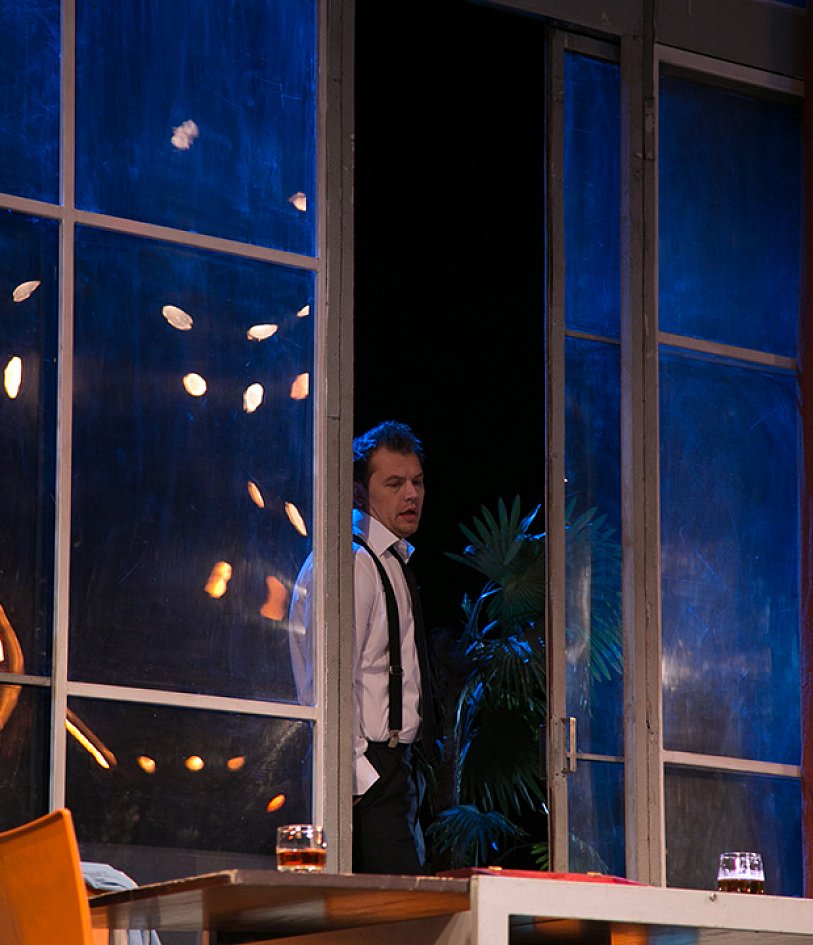 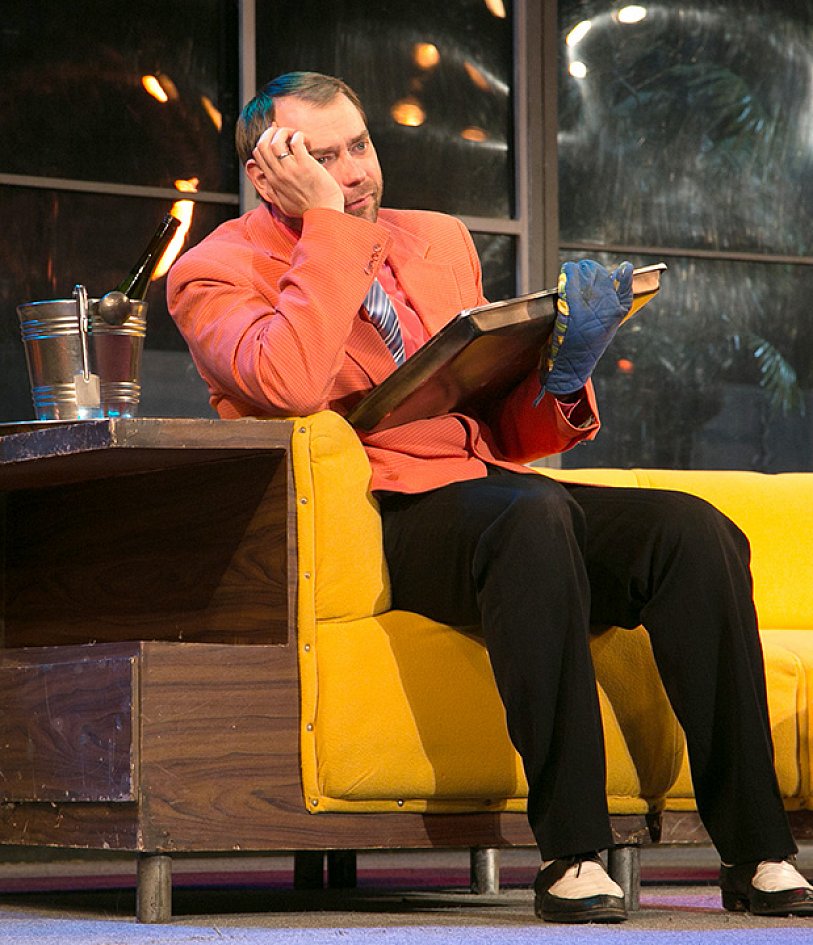 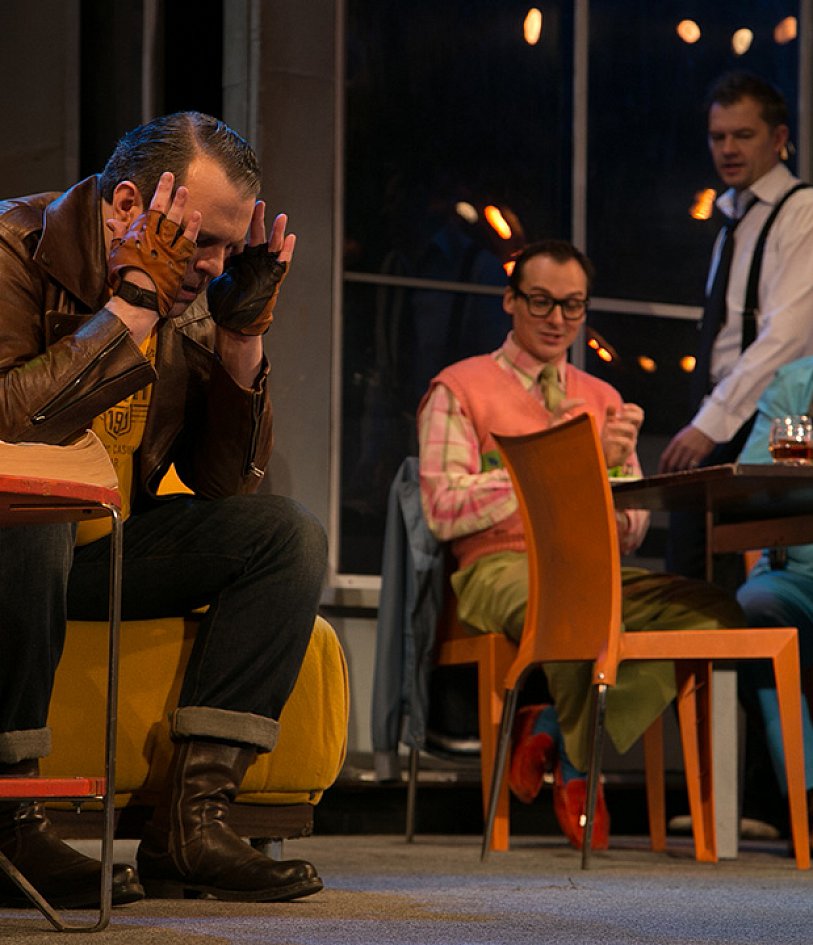 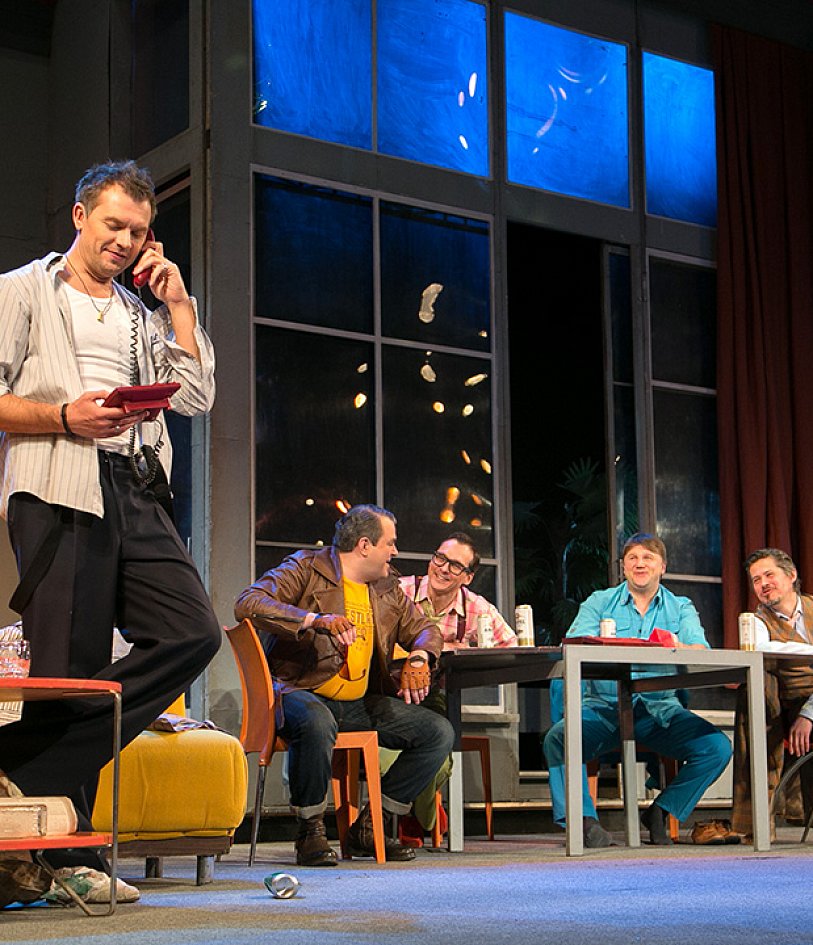 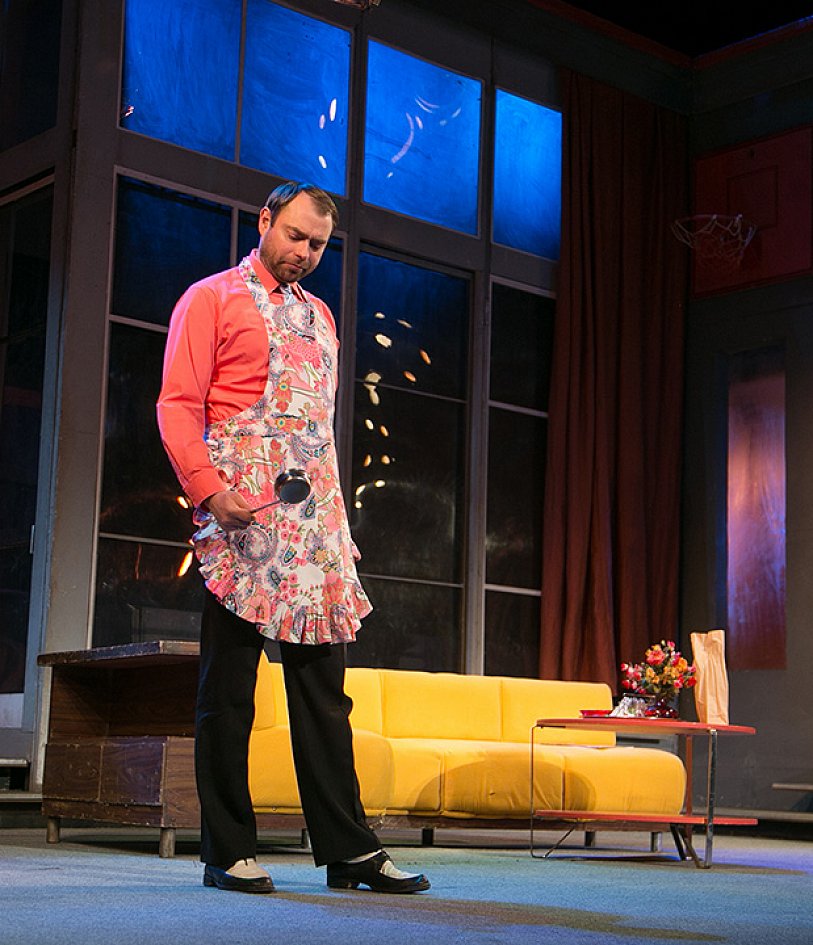 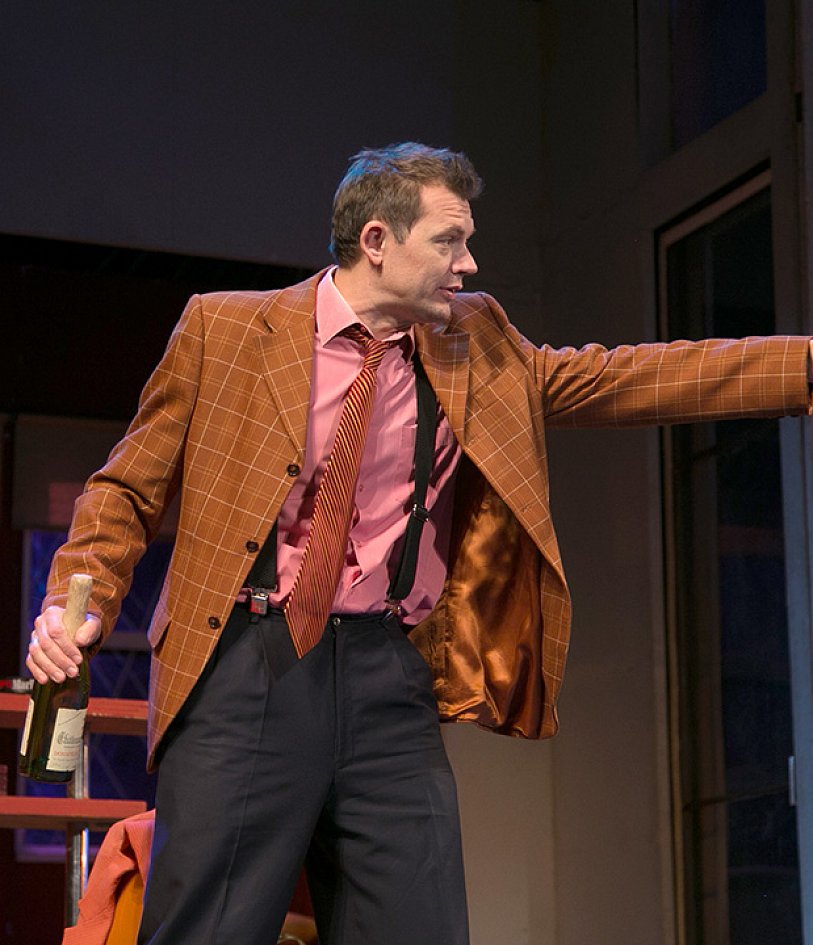 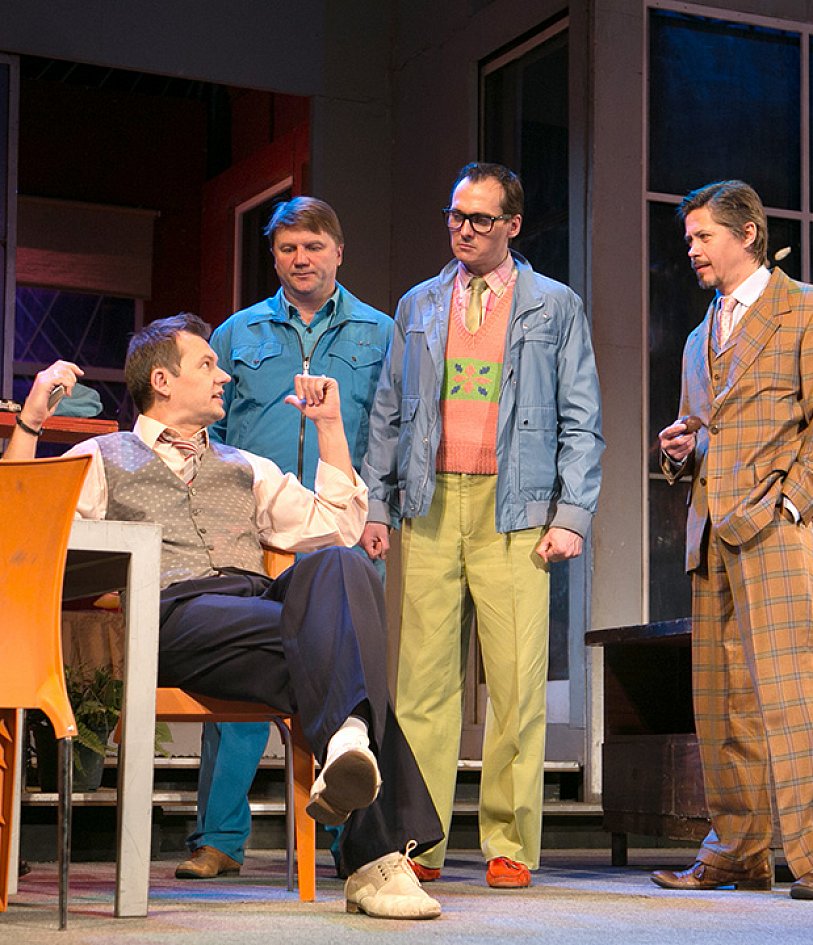 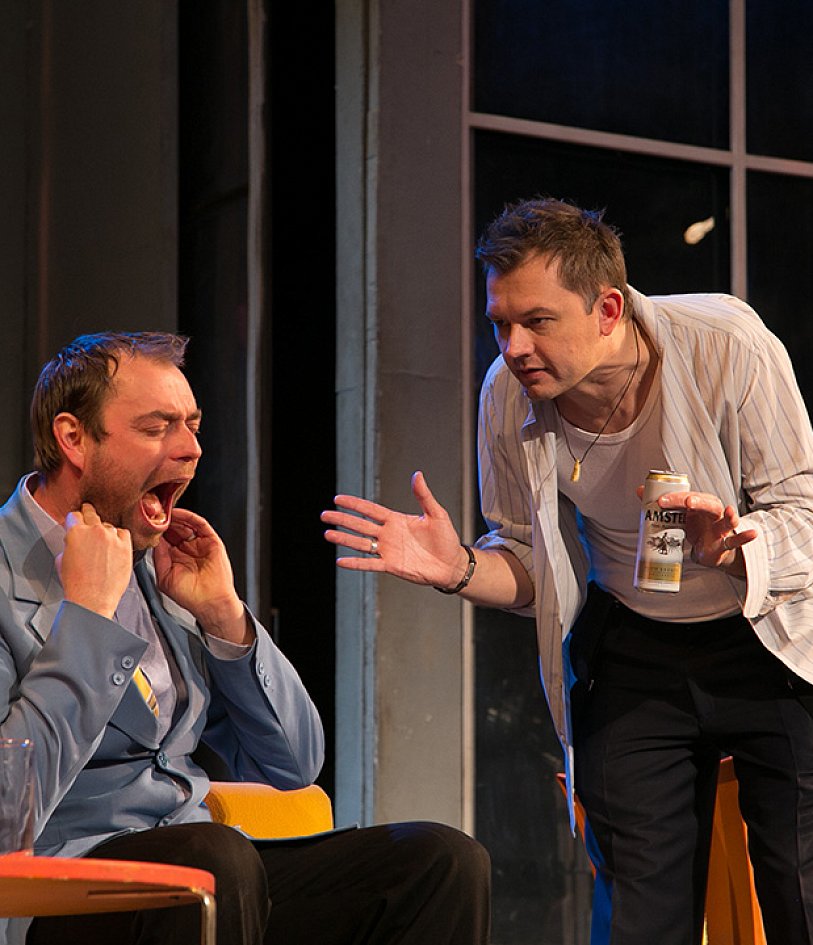 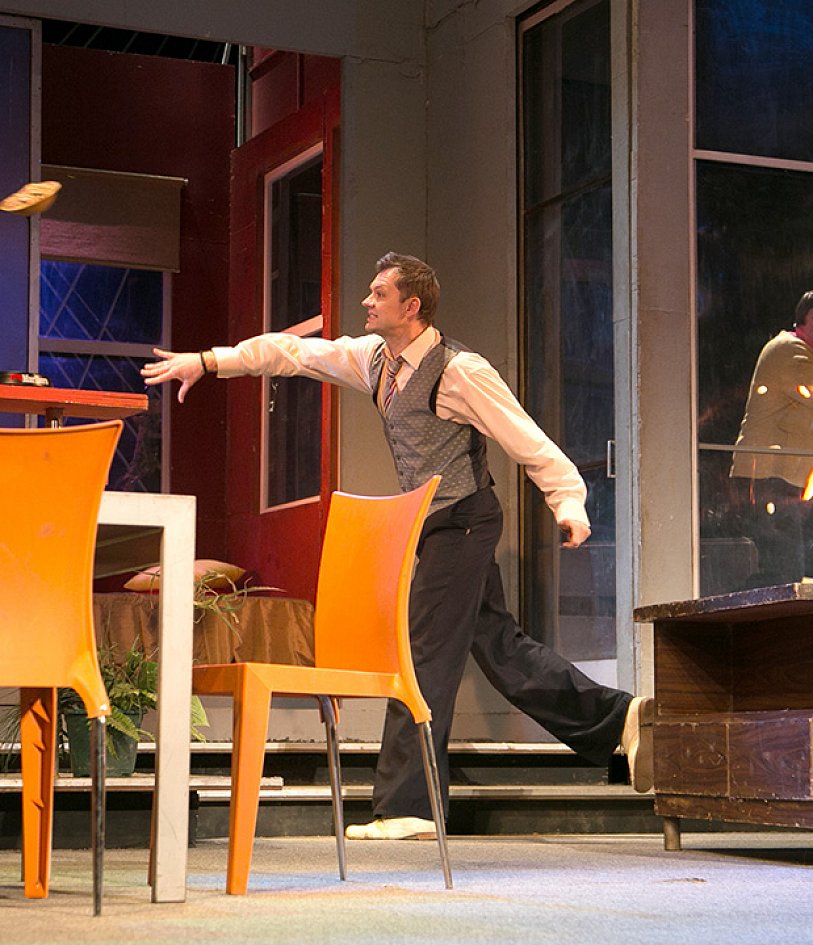 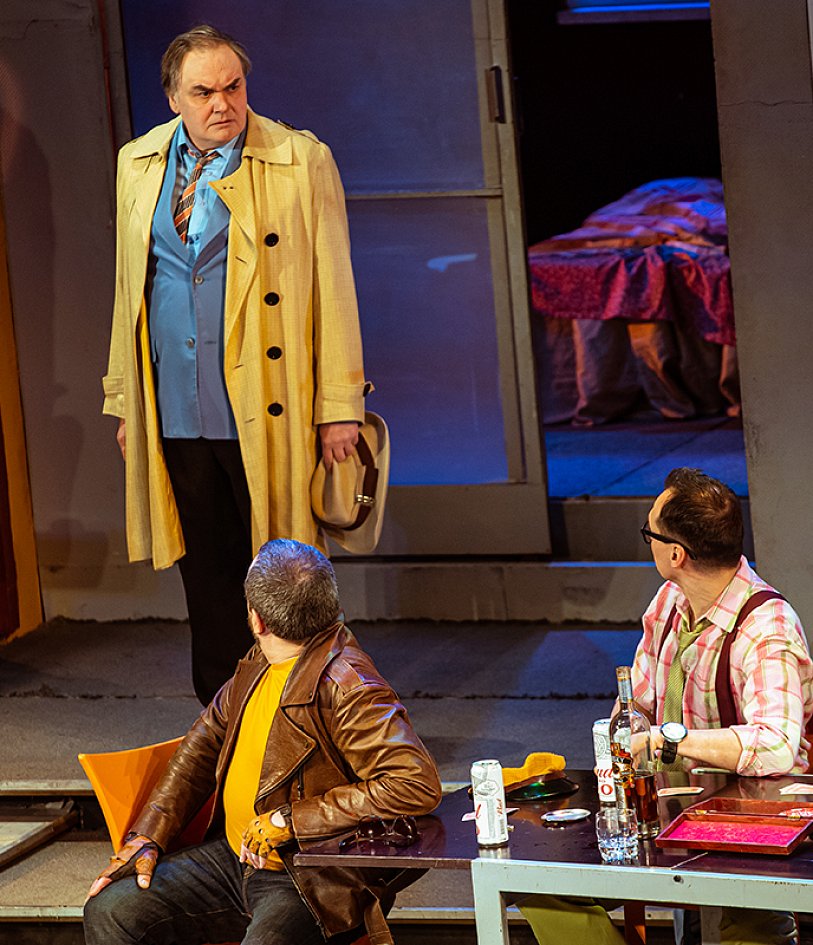 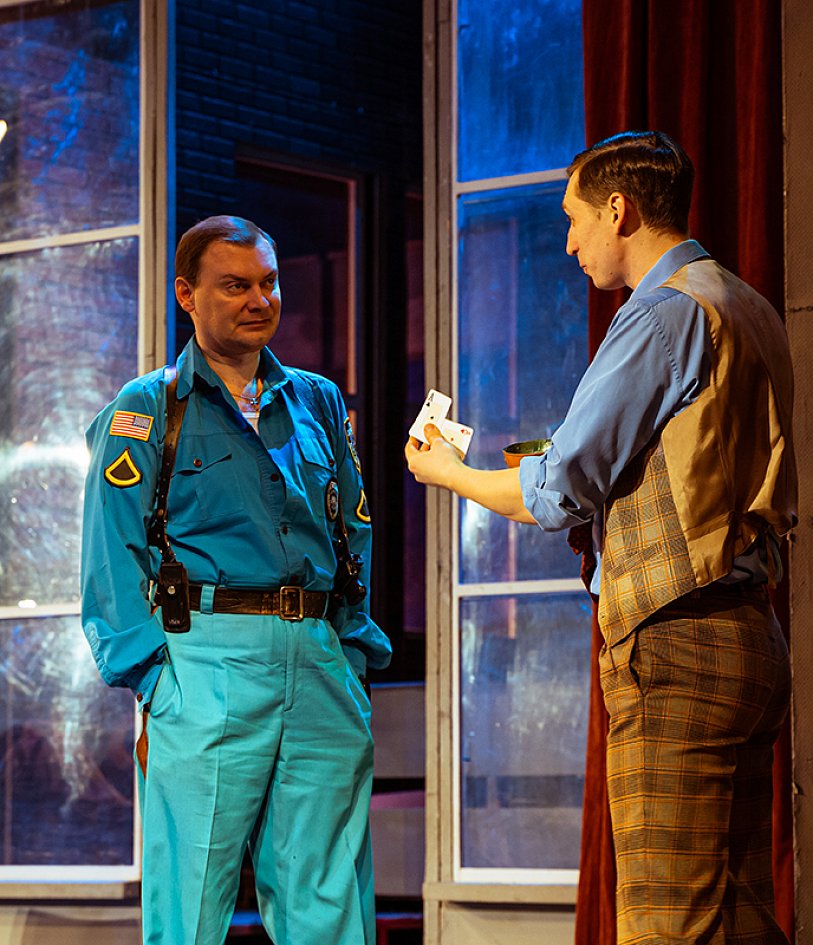 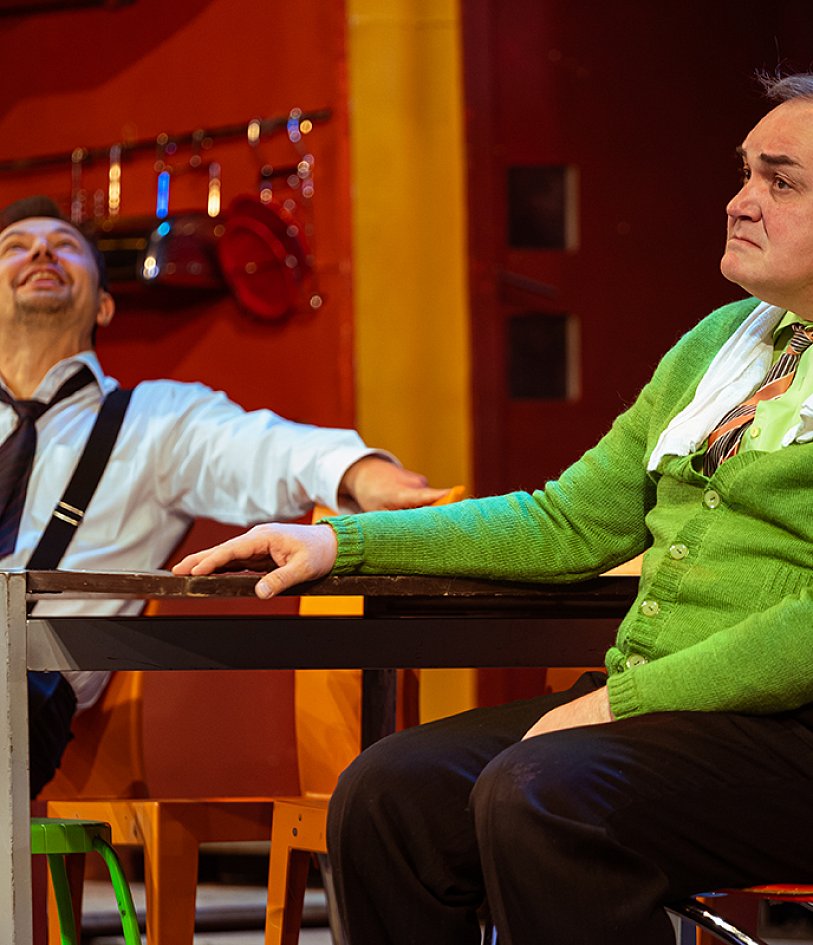 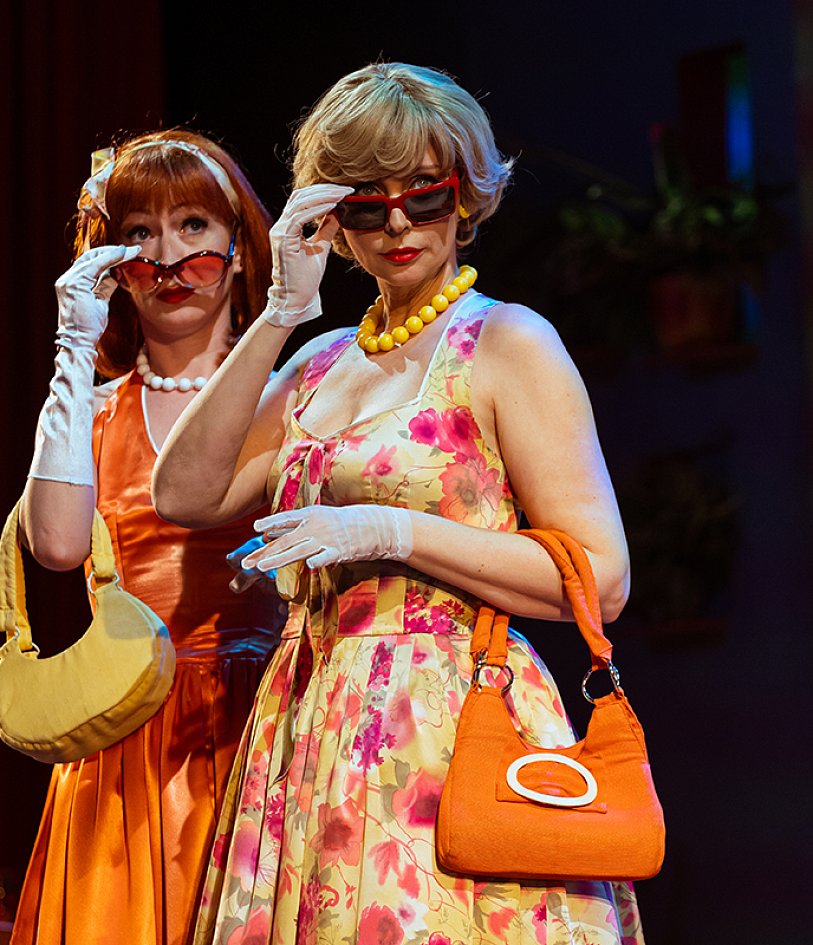 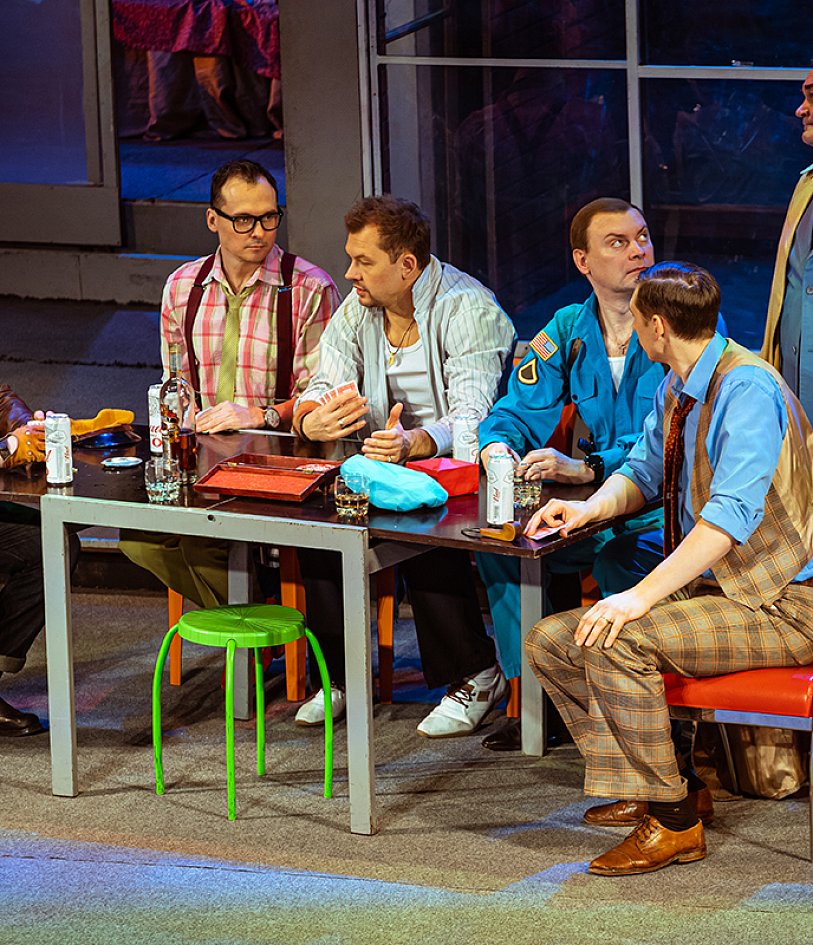 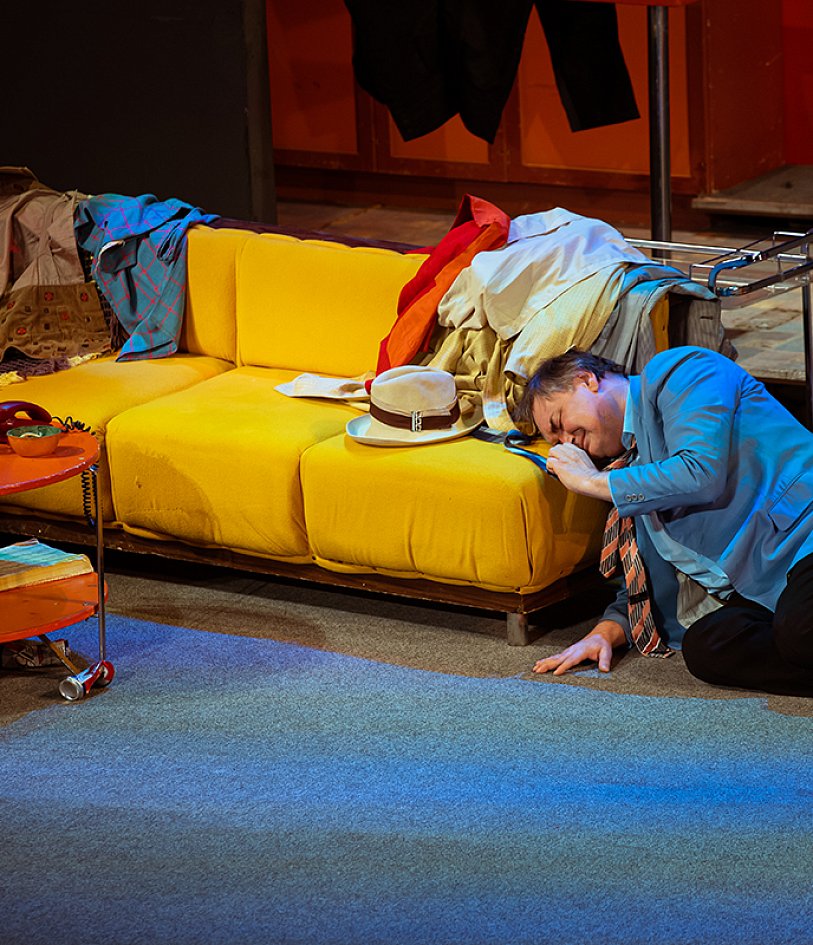 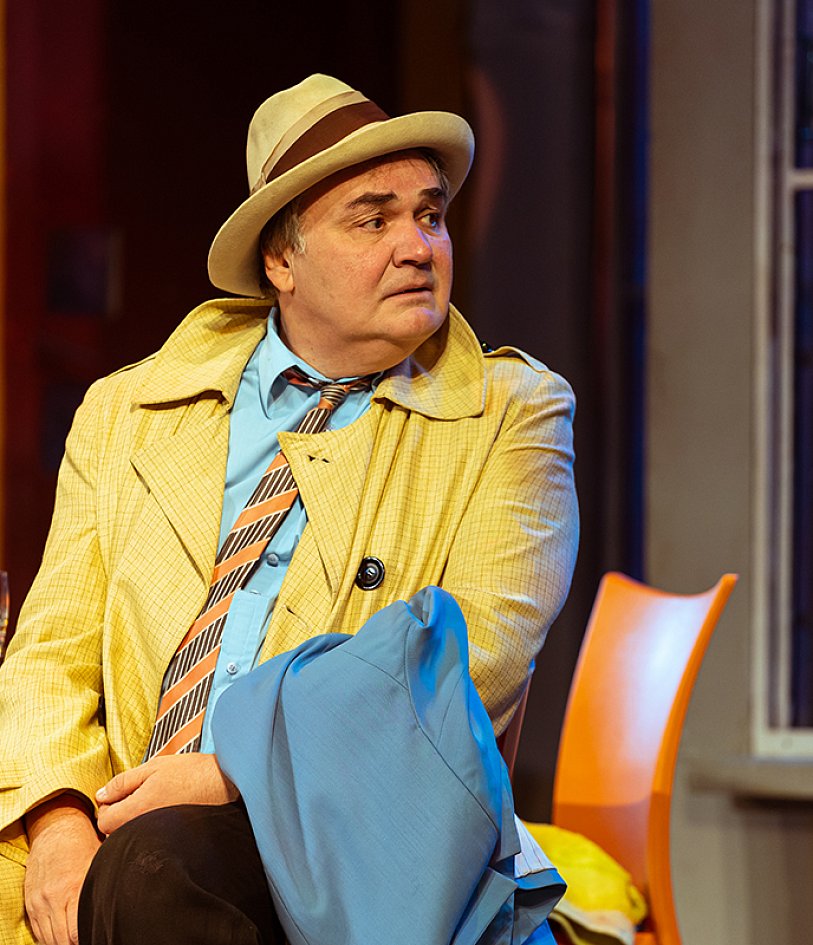 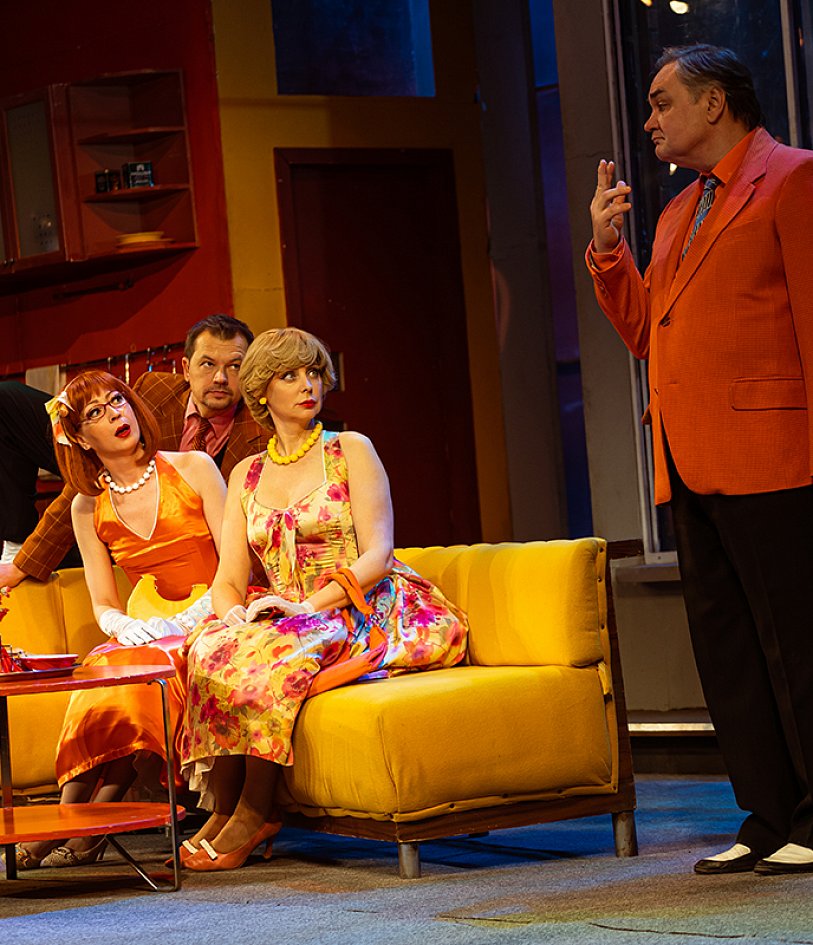 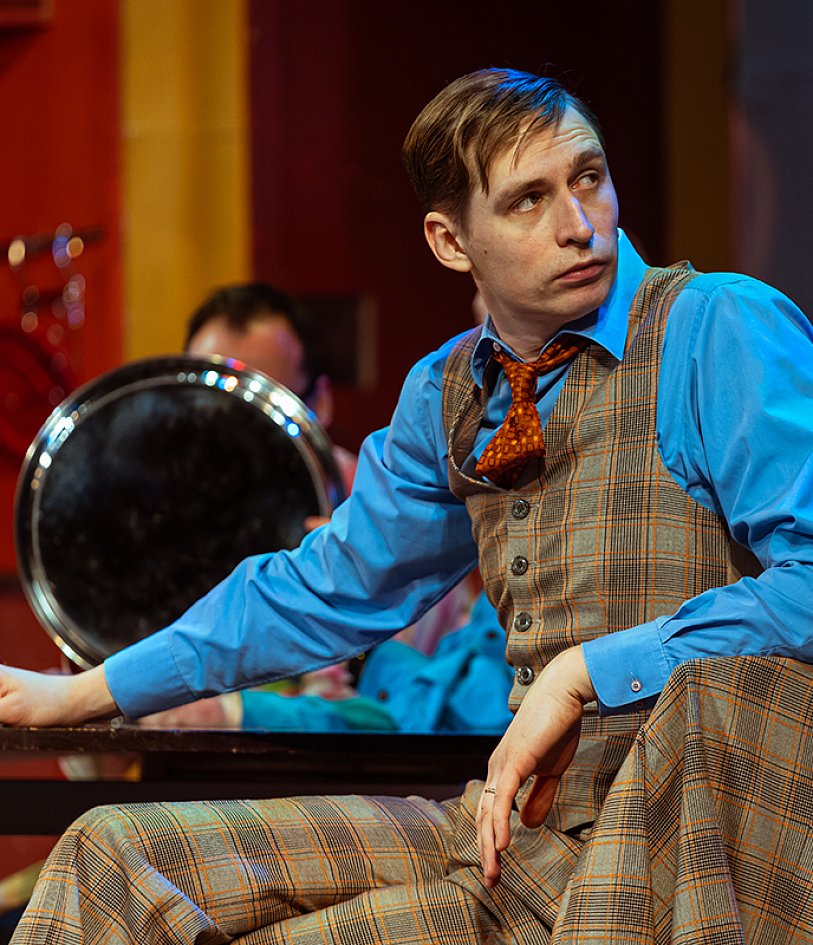 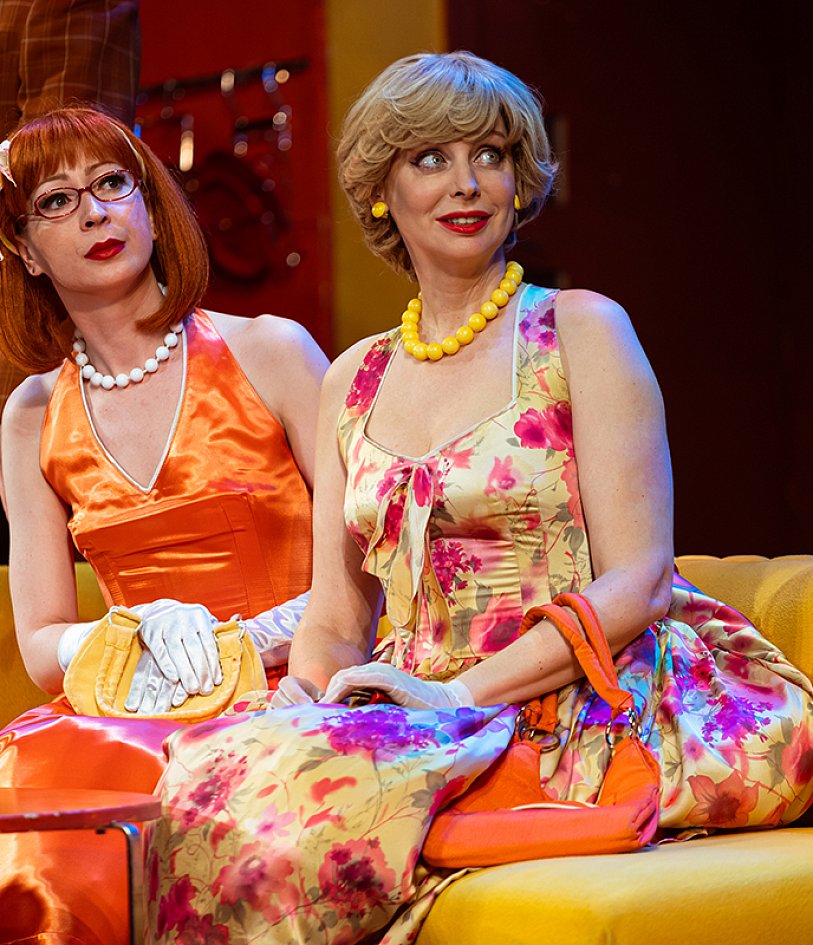 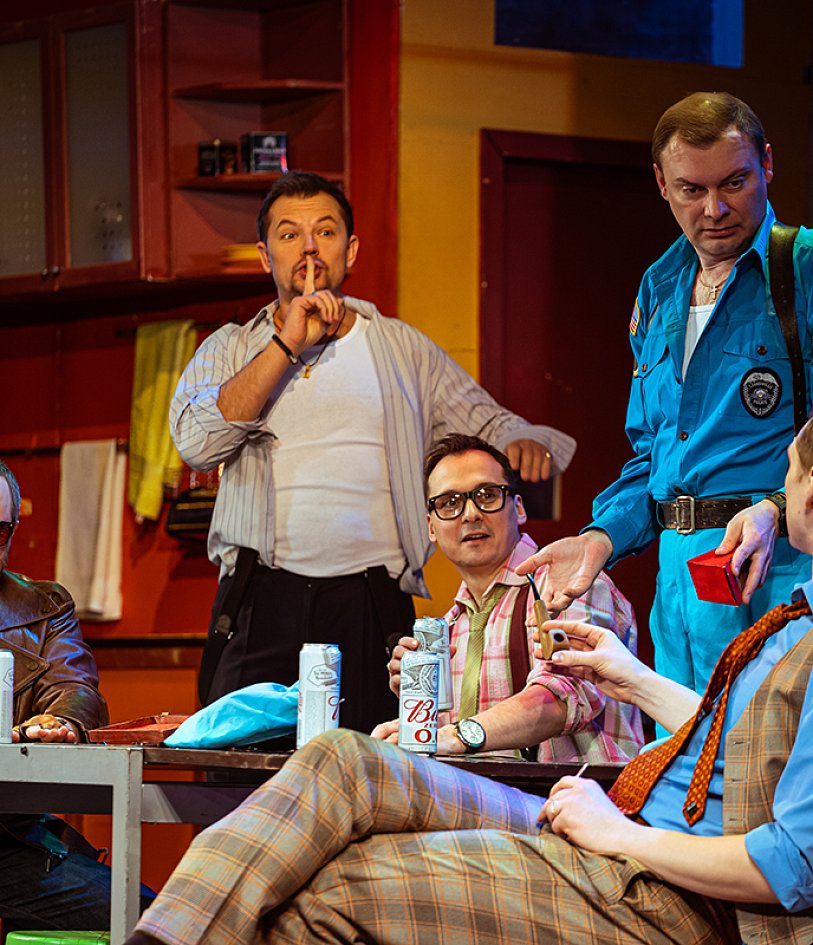 Divorce Male Style is a play by a famous American playwright Neil Simon (The Odd Couple). In 2007 the play was performed with great success on Broadway. The main parts in this production were played by famous American actors Matthew Broderick and Nathan Lane.

From 1970 till 1975 Neil Simon had been weekly writing episodes about the two “odd” American friends. The Odd Couple also came out as a film in America starring wonderful Jack Lemmon well-known to the Russian audience. To cut a long story short, we are dealing with a modern American classic.

The Mayakovsky Theatre thought of a kind of diptych: Divorce Female Style by Clare Booth Luce that is already on is now supplemented with a male version. Besides, Simon is an old author of the theatre, his plays The Dinner Party and Chapter Two have been successfully put on stage here.

The show Divorce Male Style is about relationship of people who love each other but for some reason find it difficult to live together. It does not matter whether these people live in New York, Moscow, Boston or St. Petersburg – the problems remain the same.

The performance begins on Friday night, when a group of friends gets together to play poker in Oscar’s apartment. However, one of the poker players Felix is late and everything is because his wife threw him out, as the audience soon finds out. Shortly after that Oscar offers his friend to move in with him as he is also left alone without his wife, who abandoned him taking their two kids away.

And although Oscar and Felix have been friends for many years, there are hardly two other flatmates that fit less together. Oscar is a sort of aggressive “macho” whereas Felix is very touching with his feelings. Although he is “on the verge” and is even thinking of suicide, he makes one not only sympathize with him but often smile as well.

A sad motif often emerges along with the comic one. Felix has good reason to say that the most terrible thing about divorce is “what happens to kids”.

The directors Sergey Artsybashev and Sergey Poselsky also see the prospect for this comedy to become a serious drama.

Two young neighbours, sisters Gwendolyn and Cecily strangely show up in the apartment of two friends on the twelfth floor though the balcony. They are so funny and charming that one does not even think of this incident anymore.

The idea of Sergey Artsybashev to involve only young actors of the theatre in this production is quite interesting. The young director Sergey Poselsky has made a successful debut on big stage under his supervision.