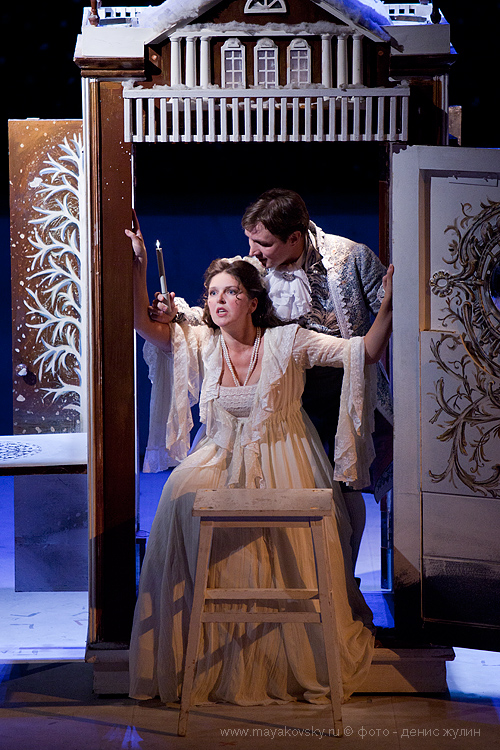 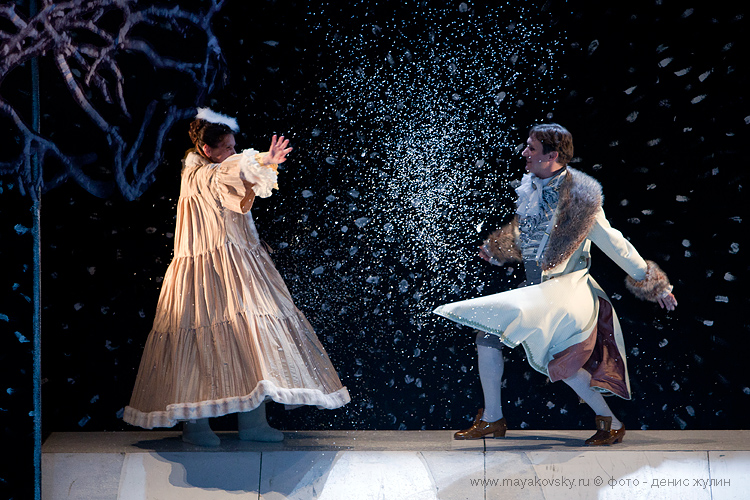 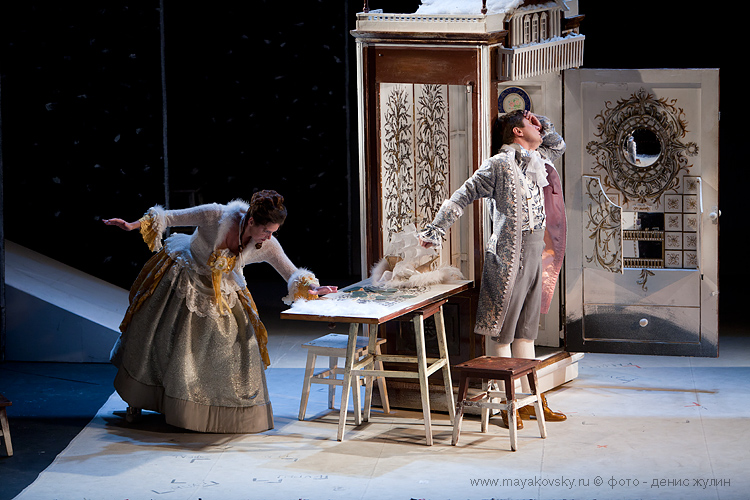 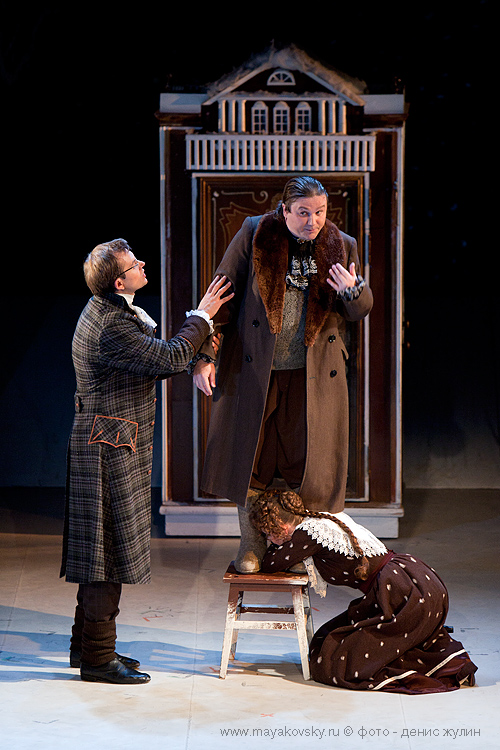 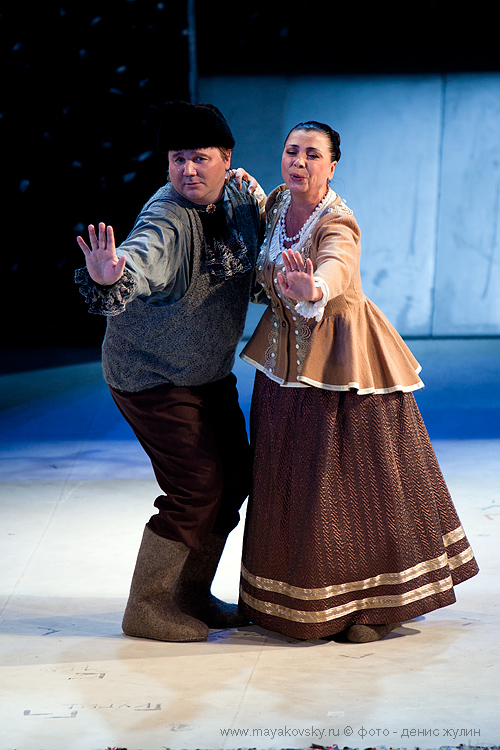 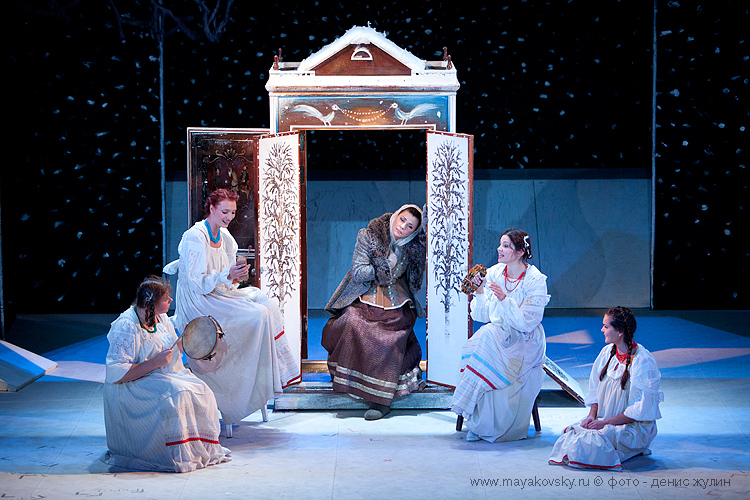 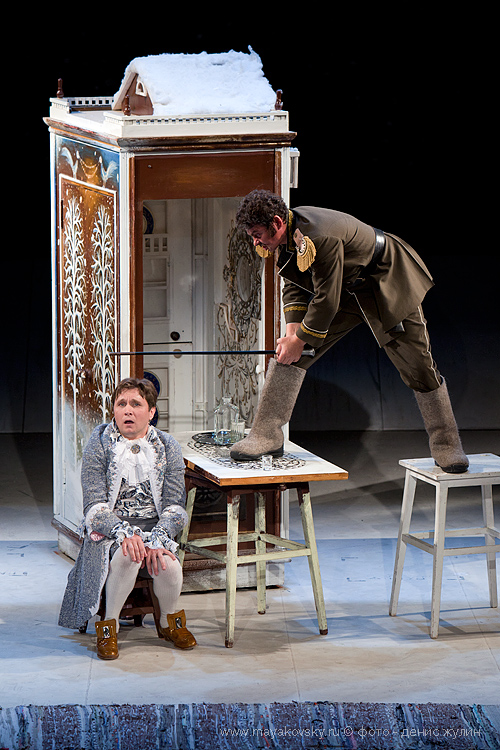 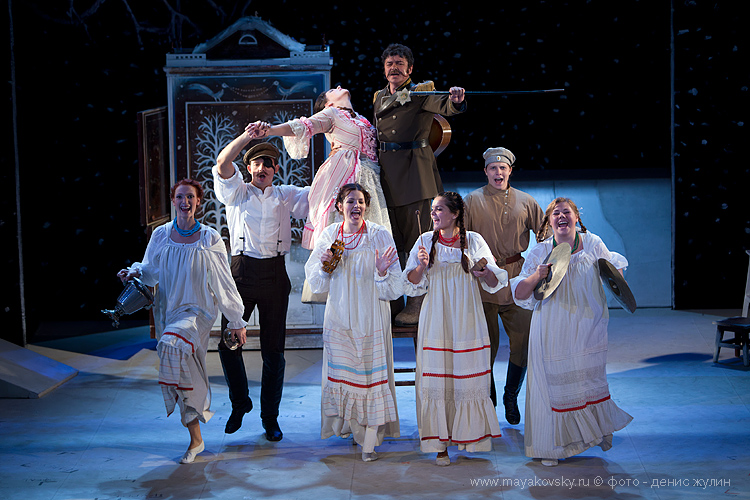 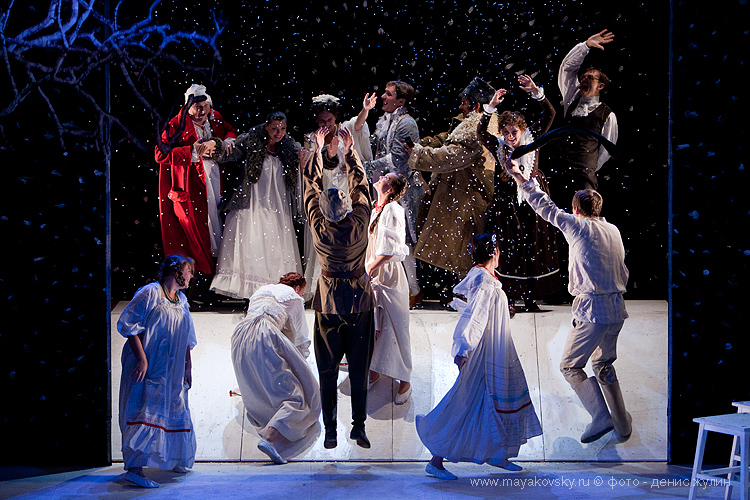 Genre: old comedy in two acts set to music based on the play The Brigadier-General by Denis Fonvizin

Ekaterina Granitova’s production Amourettes in the snow is based on the play The Brigadier-General by Denis Fonvizin. It turned from the satire on manners into a graceful comedy of situations, a charming story about the love polygon with couplets, airs and duets.

The brigadier’s son, a Gallophile Ivan has to marry the counselor’s daughter Sofia by his parent’s wish. The Counselor’s wife falls in love with Ivan, the Brigadier falls in love with the Counselor’s wife, the Counselor tries to win the Brigadier’s wife while Sofia loves in every way positive Dobrolyubov mutually and together they stand up for their love. These roles are a gift for the actors who have a rare opportunity to immerse in the elements of acting, dance and music wholeheartedly. There are twenty musical numbers in the production: Grigory Auerbakh’s music runs through the whole performance, it is its rightful participant. Irina Yutanina’s bright impressive scenery and costumes correspond with the spirit of Yuly Kim and Leonid Eydlin’s libretto perfectly. It turns out to be a musical comedy in the spirit of the old country estate theatre of the 18th century. The performance attracts by the sincerity, the energy and the charm of its characters, and above all, by their courage to speak openly about the feelings.